I've heard a lot of excuses for missing a draft: Family emergency, Bad Wifi, Had Chipotle for lunch and there was blood and shit everywhere, and the list goes on. None of these excuses is ever really good enough and the person making it knows that. Planning a birthday party for a one year old sounded like the worst excuse I ever heard. Then I heard all the details of the party. Ladies and Gentlemen, this is no ordinary 1st birthday party!

This season on Duggs Den, we are playing a new Fantasy Football game. It's similar to your normal Fantasy Football league with a draft, position quotas, and waiver wire, but instead of awarding points for the players performance, we are looking at how well the players card performs. You could say it's a football themed investment strategy game. Now, I'm more of a card collector than an investor, but this will be a fun way to keep track of card prices throughout the football season. We will track the card values using Ludex, which is an app that allows you to scan sports cards and find their value. Points will be awarded each week based on the change in each teams value from the prior week. We will have a waiver wire on Wednesdays where teams can drop and add new players. At the end of the season, whichever team has scored the most points will win the entire set of 2021 Panini Prizm Silvers AND this PSA 10 Dave Portnoy card.

Last week, the guys from Ludex flew in from Chicago and we drafted our teams.

Draft Results: (some players have variation cards, so you may see the same player on two teams, but they are different cards) 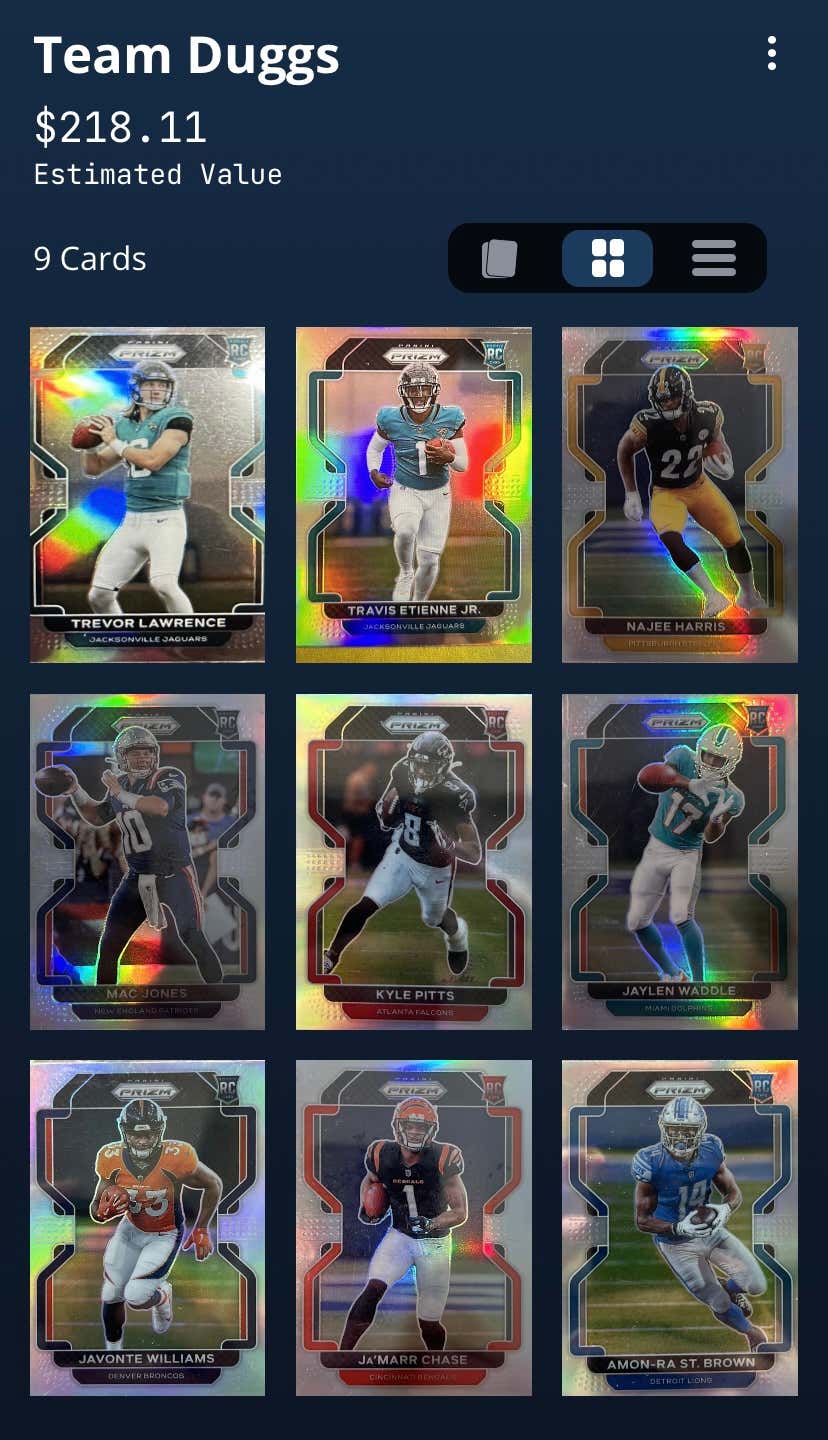 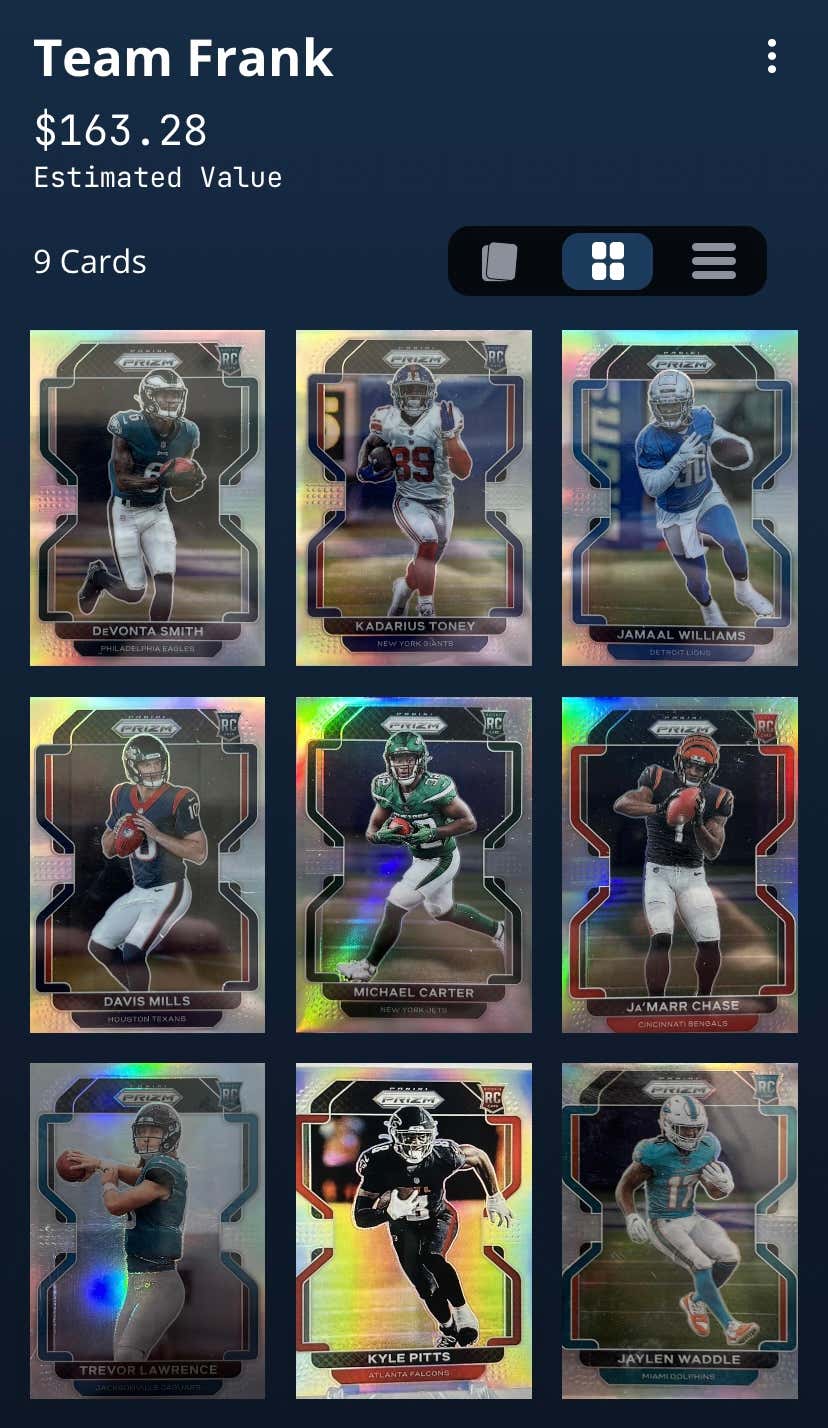 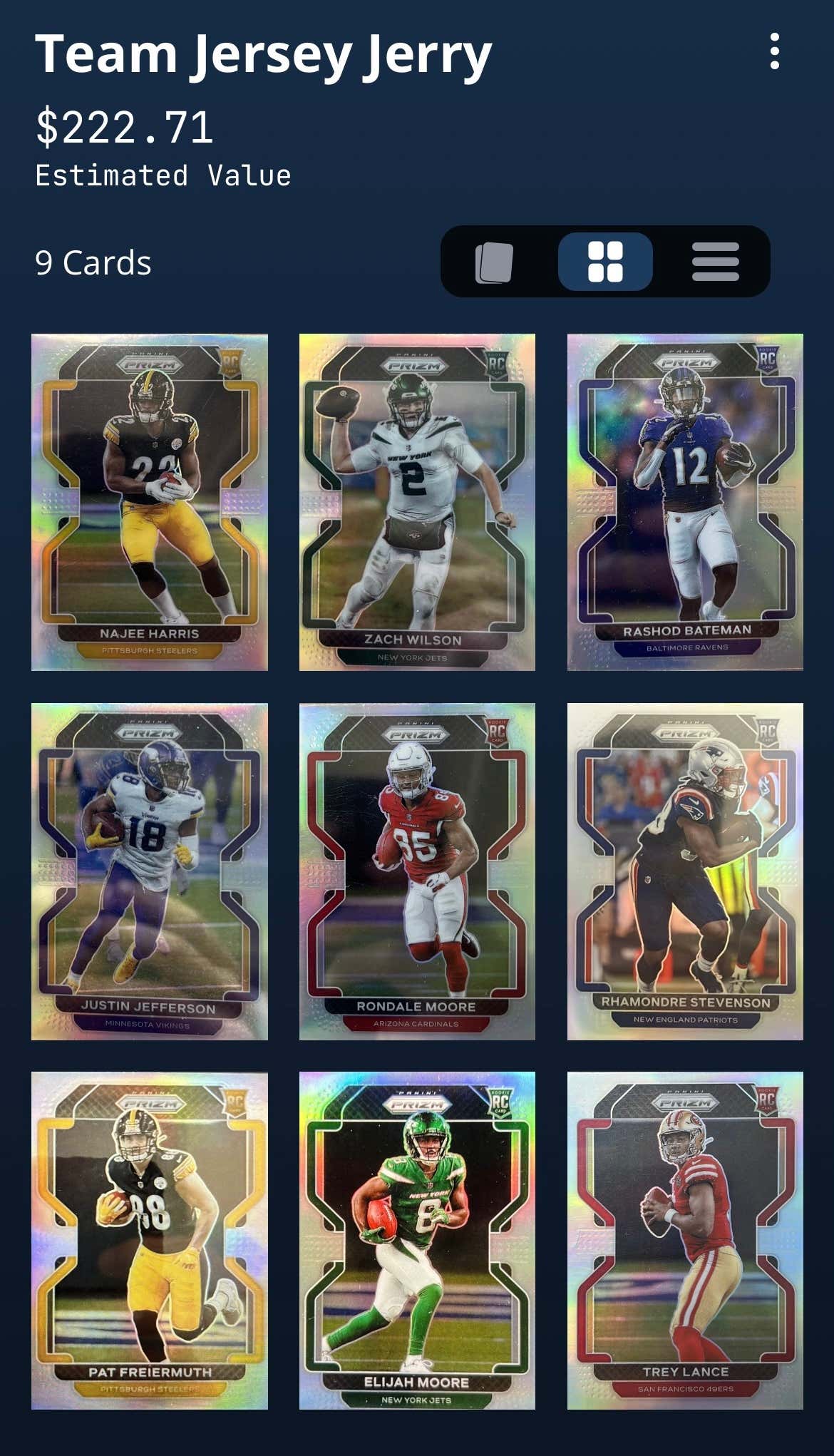 P.S. Shoutout John Rich for stepping in for Jerry. You did good, kid.