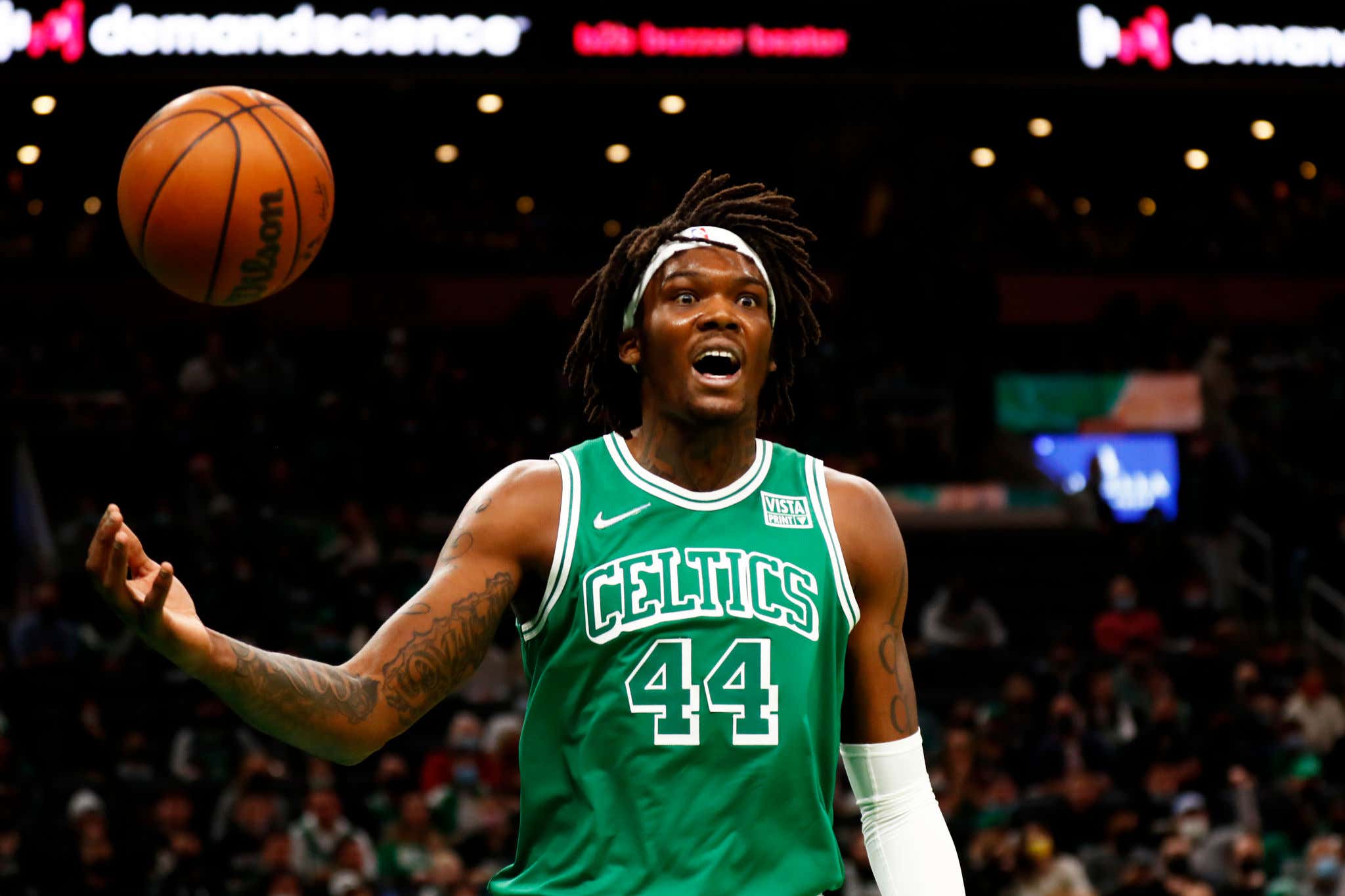 (Heavy.com) - After grinding his way through the NBA postseason last year despite dealing with a surgically repaired left knee, Celtics center Robert Williams was able to take some time off and, he hoped, allow the knee to fully heal. But as training camp is set to get underway next week, Williams has gotten some bad news—according to a source, he will again need surgery on the knee, which will keep him out for all of camp and likely into the early weeks of the season.

It is a tough blow for Williams, who had surgery to repair a torn meniscus in the knee in late March, and was expected to miss the early part of the postseason. Williams, though, surprised everyone by coming back for Game 3 of the first round of the playoffs, during the Celtics’ sweep of the Nets.

First we had the Gallo injury that went from avoiding disaster to actually being a disaster in the span of days with his ACL tear. That was unfortunate for sure, but Gallo was basically some sprinkles on top of a delicious Celtics sundae. Nice to have, but not make or break.

Rob? A much, MUCH different story. This is pretty fucking massive news considering the Celts open training camp in a week. All the reports we had heard about Rob was that things were good and he was working his way back. To now get the bomb that not only is he in fact not good, but will be going under the knife for another arthroscopic procedure is a very big deal. Missing all of camp and into the early weeks of the season? If you listen to Woj, we could be looking at 4-6 weeks. The season starts in a month but I feel like the team is going to be overly cautious (which they should be)

My brain is racing at the moment. I wonder if as he was working out things just didn't feel right so they finally decided to bite the bullet and go under the knife. Waiting this long to get it done is a little weird unless the team felt that avoiding surgery was an option throughout the summer.

On one hand, it's better to clean things up now and give him all the time he needs so that he's fully healthy later in the year. On the other hand, any time you mention knee surgery with a player that relies heavily on his bounce and athleticism as a big, it's never great. Rob is a player that we all already had injury concerns with given his history, and given how important he is to what the Celtics do on both ends, it's hard to not be somewhat concerned.

My next thought immediately goes to the Celts frontcourt depth. After losing Gallo and now Rob, here's what's left

Especially since we already know that Ime is going to find ways to load manage Al. I imagine this means we'll get more games with Tatum playing the four, but if either Al or Grant misses time this team is sneaky big time fucked now that you're eliminating two rotation players in Rob/Gallo. I know the team talked about replacing Gallo's minutes internally with guys like Sam Hauser, but can you really take that risk to also have the same approach with Kornet/Vonleh/Kab/Bruno? I'm not so sure you can or that you even should. Not when this is a title or bust season.

With guys like Dwight Howard still out there, and Boogie looking thin as shit

I wonder if we see one of them get the nod. Or maybe this is the thing that convinces Brad to bite the bullet on Melo so you can have an additional stretch four in the roster. I just don't know if it's fair to put that type of pressure on internal guys who literally haven't played. If someone like Kornet proves he can hang, good! That would be great! But I really don't see the downside in bringing in some additional proven NBA talent at a position of need just in case.

If one of those guys proves to not be the right mix, just do what you did with Schroder and get rid of them at the deadline. The whole plan in the offseason was to bring in guys to help shoulder the load of Tatum/Brown/Al/Rob etc. Scrapping that and now asking someone like Tatum to handle more minutes at the four sort of goes against that.

Either way, this isn't exactly the news I was looking for as we get ready for Media Day on Monday. Sigh.