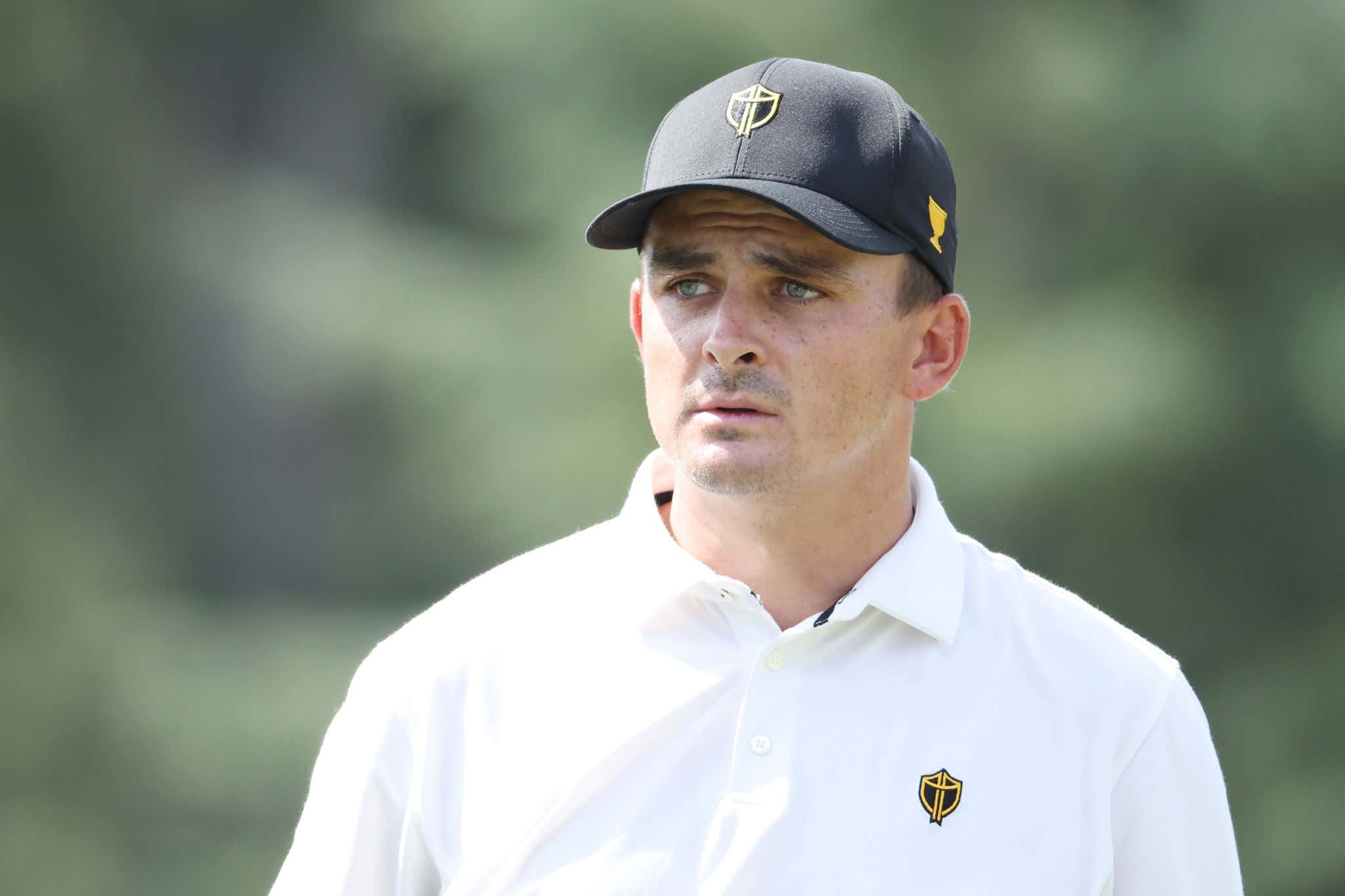 Christiaan Bezuidenhout swings a golf club with beautiful rhythm. Measured and balanced and never rushed. That move has brought the 28-year-old South African three titles on the DP World Tour, a top-100 world ranking and a spot on this week's Presidents Cup team.

His speech, however, is a far more labored effort. The reason why is absolutely harrowing.

When Bezuidenhout (pronounced buh-ZAY-din-hote) was 2 years old—he doesn't remember the whole ordeal—he was with his parents at an office park when every parent's worst nightmare came true.

"My parents were there for a meeting," Bezuidenhout told Barstool through his noticeable stutter, "I was just running around like a normal child. There was a random two-liter bottle sitting there with rat poison inside. Somehow I opened the bottle and drank it."

Two minutes later, his parents discovered him unconscious and foaming from the mouth. He was rushed to the hospital where he had his stomach pumped and stayed in intensive care for nearly two weeks. Doctors saved his life, and his physical body was mostly unaffected, but the poison left lasting effects on his central nervous system—most notably, the stutter that he's battled since the accident.

Bezuidenhout was an easy target for ridicule as a child because kids are ruthless, and he'd regularly attend therapy to deal with it. By the time he was an adolescent he was taking medications, including a beta blocker for anxiety. It worked wonders for his life and for his golf, and he began to win tournaments in South Africa regularly. But he'd avoid the acceptance speech.

"People at home knew my situation,'' he he told ESPN last year. "So when I won junior tournaments, they just gave me the trophy and I left.''

Bezuidenhout's medication was never an issue until 2014, when he tested positive for a banned substance at the 2014 British Amateur Championship. Beta blockers are not permitted in golf. Bezuidenhout had no idea, and he even put the medication on a form prior to taking the drug test. Still, he was banned for competition for two years, though the suspension was eventually shortened to nine months.

"There were a lot of people who thought I took the medication to help my game,'' he told ESPN. "There was a lot of negativity. It was difficult. I wanted to show people that I could play golf and play well without taking it.''

Bezuidenhout has not taken the beta blockers since, and yet his golf has flourished. When this guy wins, he wins big. His first DP World Tour victory came in June 2019, when he won the Andalucia Masters by six shots. He then won in back-to-back weeks back home in South Africa, by four and five shots, right after the COVID hiatus to break into the top 50 of the world rankings. He's hovered around that ranking ever since (he's currently No. 67) but likely wouldn't have made the Presidents Cup team had it not been for the LIV defections from guys like Cameron Smith, Joaquin Niemann and Abraham Ancer. He has just one top-10 finish in his last 20 starts, a runner-up at the John Deere Classic, and his International side is a massive underdog this week—so much so that some have questioned the long-term viability of the Presidents Cup, which has been won by the Internationals just once in 13 tries.

If Bezuidenhout feels like an afterthought this week or at all discouraged, however, he's certainly not showing it

"I survived it all, and now I'm here," he said, looking around at a pristine Quail Hollow and the mini-city of bleachers and hospitality tents encircling the first tee. "So far it's been great. Great team, great captain's around us. It's like a dream come true playing in this event."

You could see the excitement in his eyes, even if it took him a bit longer to get the words out.