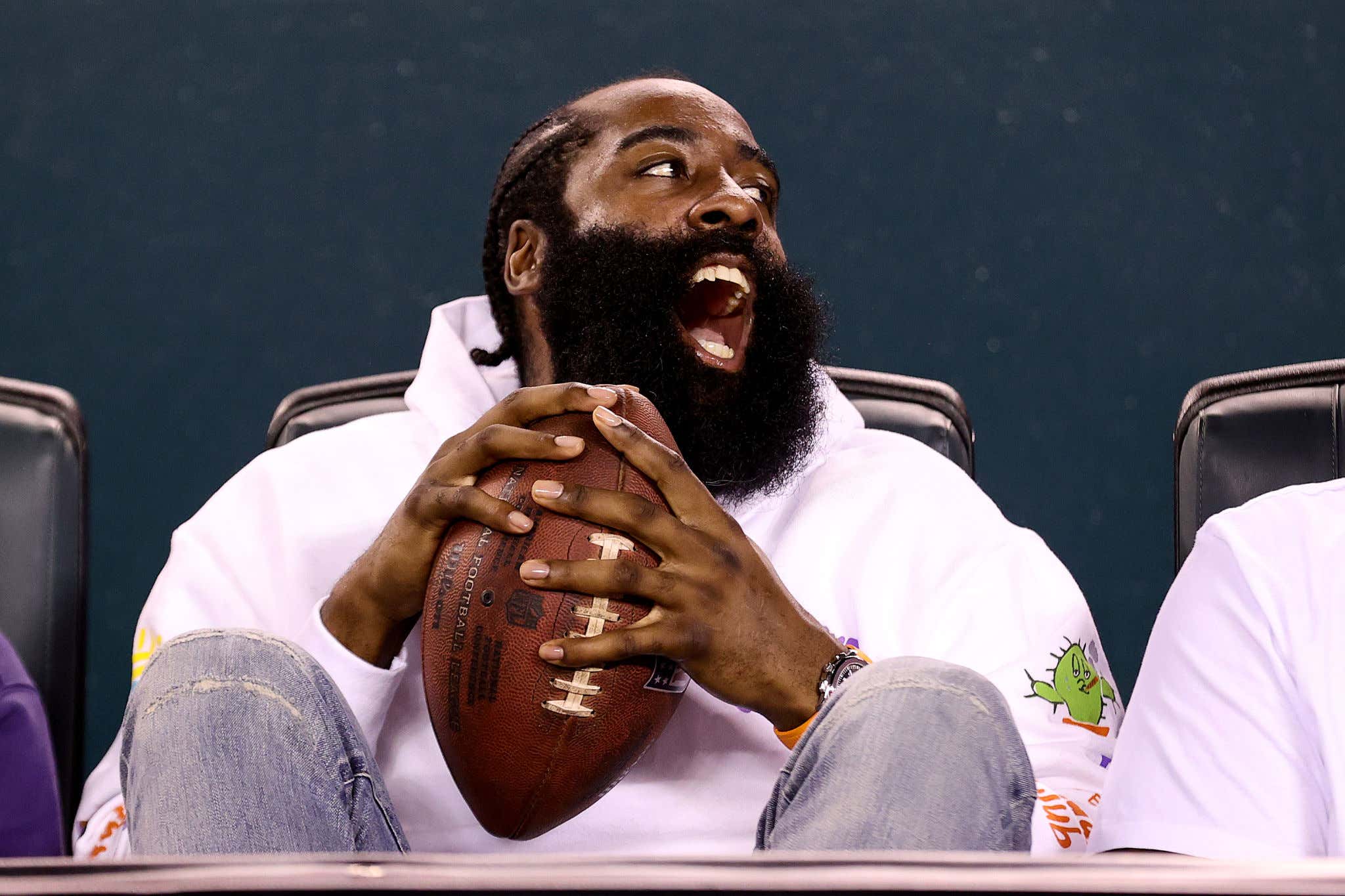 I've got some baaaaad news for the rest of the nation right now. You nerds are going to be dealing with some supremely cocky Philly sports fans for the rest of the year, and there ain't shit you can do about it. Because the moment that Darius Slay picked off Kirk Cousins for the first time last night and ran that ball over to James Harden, the stars aligned. It's just going to be one of those years in the city.

Everybody was excited about the Eagles season, but we still came into the year with some heavily cautious optimism. I still can't figure out just exactly how much people in the city want to buy into this Phillies team because of the past decade of torture. The Sixers have yet to prove to the city that they can take that step and get past the 2nd round of the playoffs. The Flyers....well the Flyers are cursed beyond belief and we can just forget about them here.

But the moment that Slay handed that ball off to Harden, the flip switched. It's no more cautious optimism about the Eagles--it's already calling out of work on that Thursday after the Super Bowl to parade down Broad Street. It's no longer waiting to decide whether or not you're going to get emotionally invested in this Phillies team--it's getting locked in for a Red October. It's no longer waiting for the Sixers to prove that they can get over that playoff hump--it's laying the hammer on the Joel Embiid MVP future and getting ready for another parade in June.

It's hard to explain exactly why, but that feeling in the air is back. Two years. VARSSIITTYYY.

P.S. -- Actually, it's easy to explain. It's hard to not feel over-the-top confident about this team after how hard Slay locked down Justin Jefferson last night. Poor guy was already thinking about his post-game press conference shitting on the Eagles organization before the game even begun.

And not to get greedy, but he could have easily had another pick or two. Teams might want to avoid throwing it 2's way for the rest of the season.

P.P.S. -- A little messed up of Slay to not find a way to bring that 2nd interception ball up to Bradley Cooper.