I really, really, really want to hate this guy but he makes it so freaking hard. And I think that goes for a lot of Patriots fans.

And Eagles fans. And Cowboys. And whoever else watched this goofball kick their teams' ass for 16 years.

If it weren't for Archie Manning's offspring, Tom Brady would more than likely have 10 Super Bowl Championships (yes, I could the 2007 AFC Championship game second half 21-6 collapse as one because they would have dismantled Rex Grossman and the Bears. I was at that game in Indy. And I was at the Super Bowl in 2012 where Eli pulled another horseshoe out of his ass to stun Brady & Belichick and co.

I left Lucas Oil convinced, in my soul, that Eli had an out-of-body experience that evening. It was the only explanation for how a hayseed like him could get the best of Brady twice.

Since then, getting to see more and more of his off-the-field persona, goofiness, and just how much he embraces being a cornball is has really made me come around on the guy. He seems like a fucking blast and all of the stories about how much he was loved by his teammates in NY all starts to make sense.

To be honest I have no fucking idea what "Eli's Places" is, but this segment came across my timeline on twitter tonight and I laughed out loud. Several times.

When I watched on my phone, I thought Penn State's team had to be in on this because there's no way he wouldn't be recognized. But watching it blown up on a monitor, they did a good job of making Chad Powers pass the eyeball test.

So first off, primo job to whoever did Eli's makeup in this. 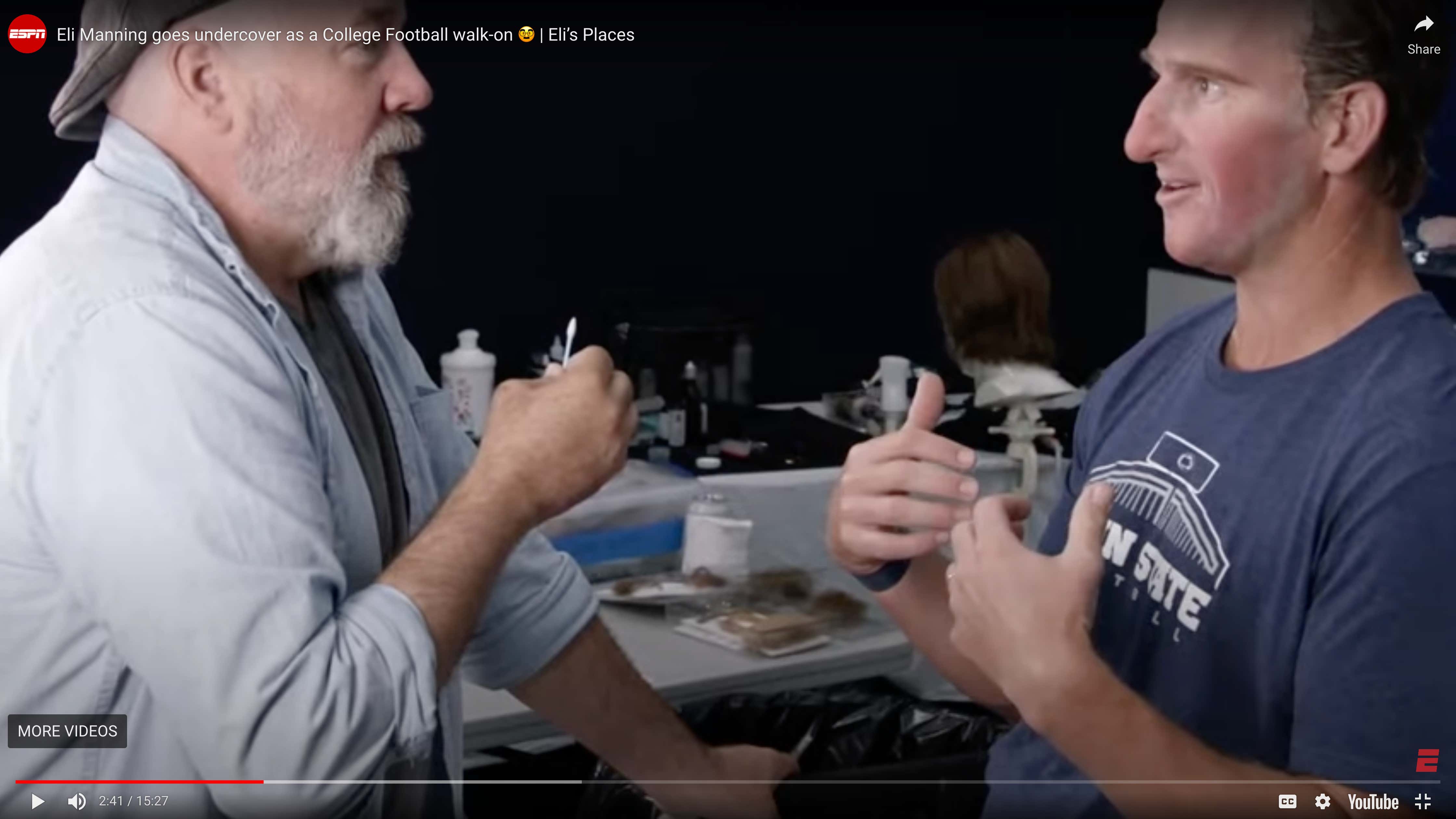 If I didn't know any better, I would have swore they used the guy with the wicked raspy voice from Mrs. Doubtfire to work his magic.

He's got kind of a Jeff Spicoli meets Rustin Cohle thing going on. And I'm here for it. 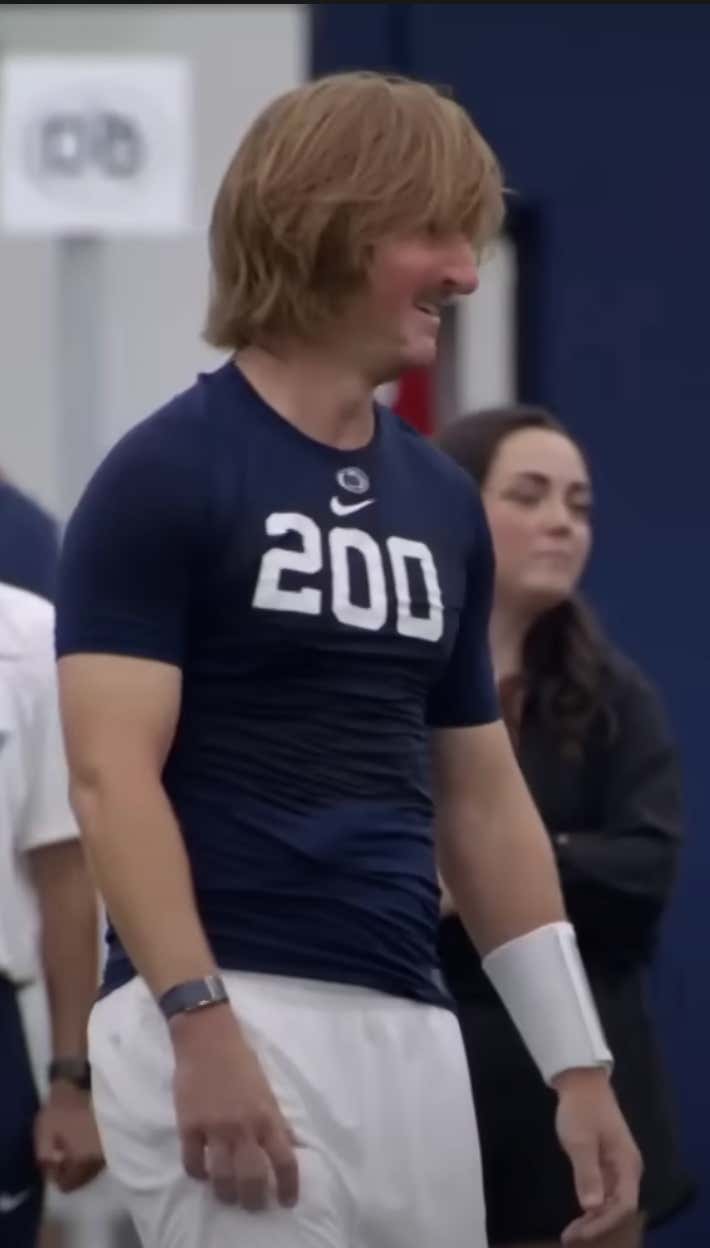 When the assistant coach was asking him where he played in high school, and where he went to high school, his responses were gold.

"I was homeschooled, by my mom"

"You get good grades?"

"No, she wasn't very smart. Good coach though."

The coach legitimately saying, “I want to sign Chad, I see something in him” was also absolutely hilarious.

And not gonna lie, he can still make that ball hum. And his footwork looks fantastic.

But the only thing quicker than Eli's feet in this were his responses. Has he just been playing dumb with his whole "aww shucks" demeanor for 41 years? Is he actually sharp and quick-witted?

When the coach asked "what do you bench?" and without skipping a beat, he replied, "you first", you again have to laugh out loud.

Overall, I rate this video 4 Balls.

This was good, but not as good as the time Greg Maddux went undercover to prank Kris Bryant in spring training.

p.s.- full disclosure, I went back and forth with Clem about blogging this for the last couple hours. He said him and Reags discussed it but thought it was too cheesy and passed. Talk about being spoiled. Forgive me if I'm jealous that they're so used to "Eli being Eli" that this didn't move the needle for them because the most emotion or personality my team's QB was allowed to show for 20 years was yelling "Let's fuckin go" with a fist pump before kickoff every Sunday.

p.p.s. - of course, there had to be somebody to say this 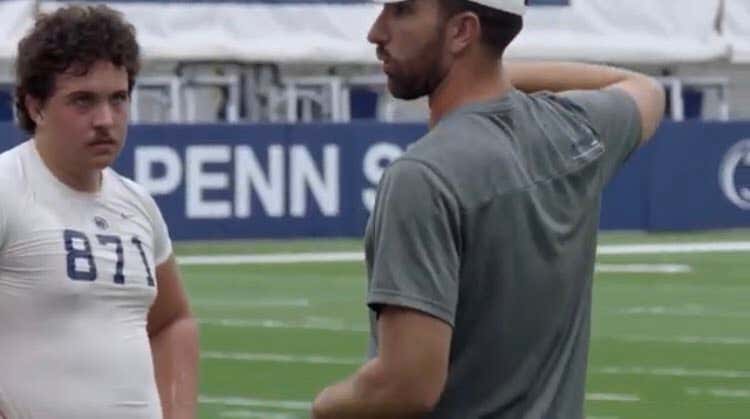