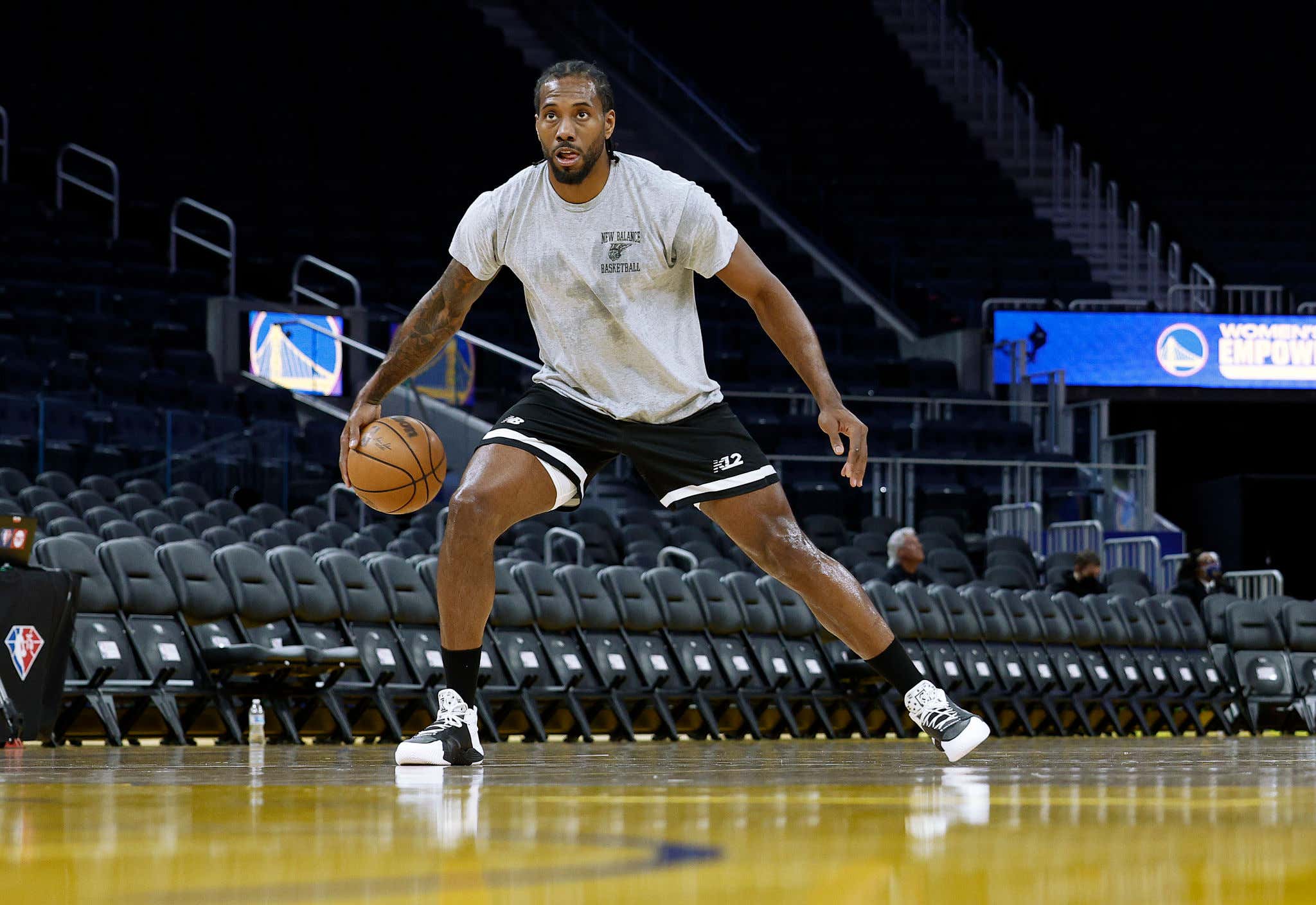 Remember Kawhi Leonard? One of the best two way wings the NBA has ever seen? We haven't seen him on a basketball court since June 14th 2021 if you can believe it. He had just completed a 31/7/3 performance on 47/42% splits in 34 minutes in a win over the Jazz. You may remember that as the series the Jazz blew a 2-0 lead and lost 4 straight in the 2nd round.

We then learned that Kawhi did in fact tear his ACL and he's been out ever since. As you can imagine, the Clippers were going to be overly cautious with their franchise player who already had some leg injury issues before he even got to LA. There was no need to risk bringing him back early or even at 100%. You don't bring Kawhi back until he's 1000000000000% healthy. As someone who thoroughly enjoys watching Kawhi play basketball, it's been a long 462 days and counting.

That's why when I saw the Clippers tweet out a picture of 2022 Kawhi, I legit spit out my coffee that I was in fact drinking. This is the tweet/picture

Initially, I had to do a double take. That was not the Kawhi I remembered 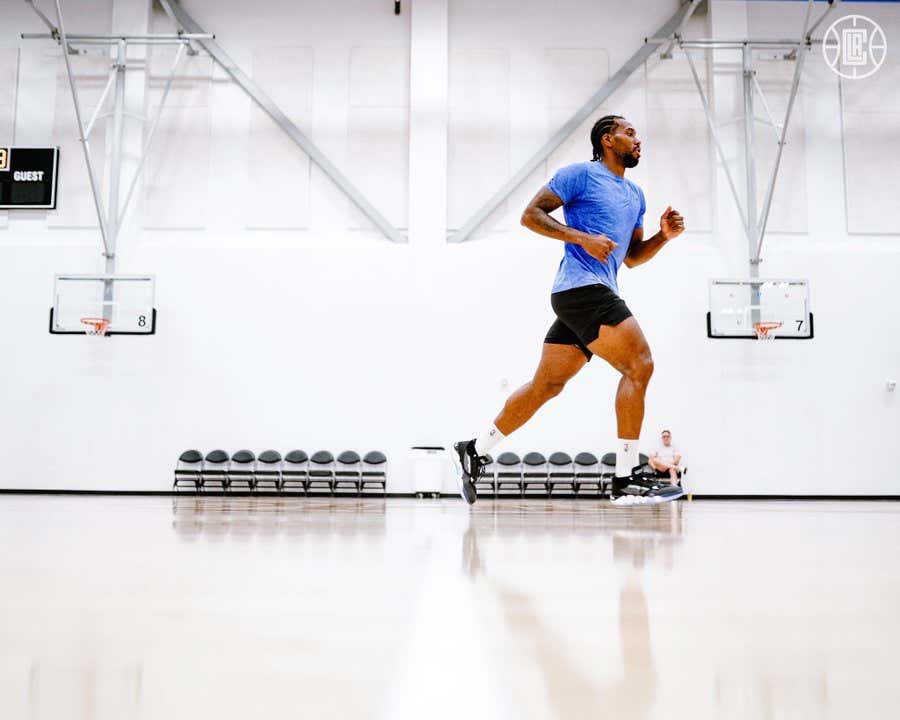 Look at those thighs! It's almost as if Kawhi has been spending the last year injecting Popeye's spinach directly into his quads. That's some Saquon Barkley shit if I've ever seen it. Just to get an idea of what a difference this is, take a look at a picture of Kawhi from 2021 to that one above

On what planet is that the same person? It's pretty clear to me the man is done having to worry about lower leg injuries to the point where he has completely rebuilt his bottom half. At first, I thought maybe this was the Clippers' social team trying to sneak one past us all. A quick hilarious photoshop edit or something along those lines. So I did what any respectable internet blogger would do. I went looking for additional research and you know what? I'm not sure what to think anymore.

Here's a picture of Kawhi shooting around from early March 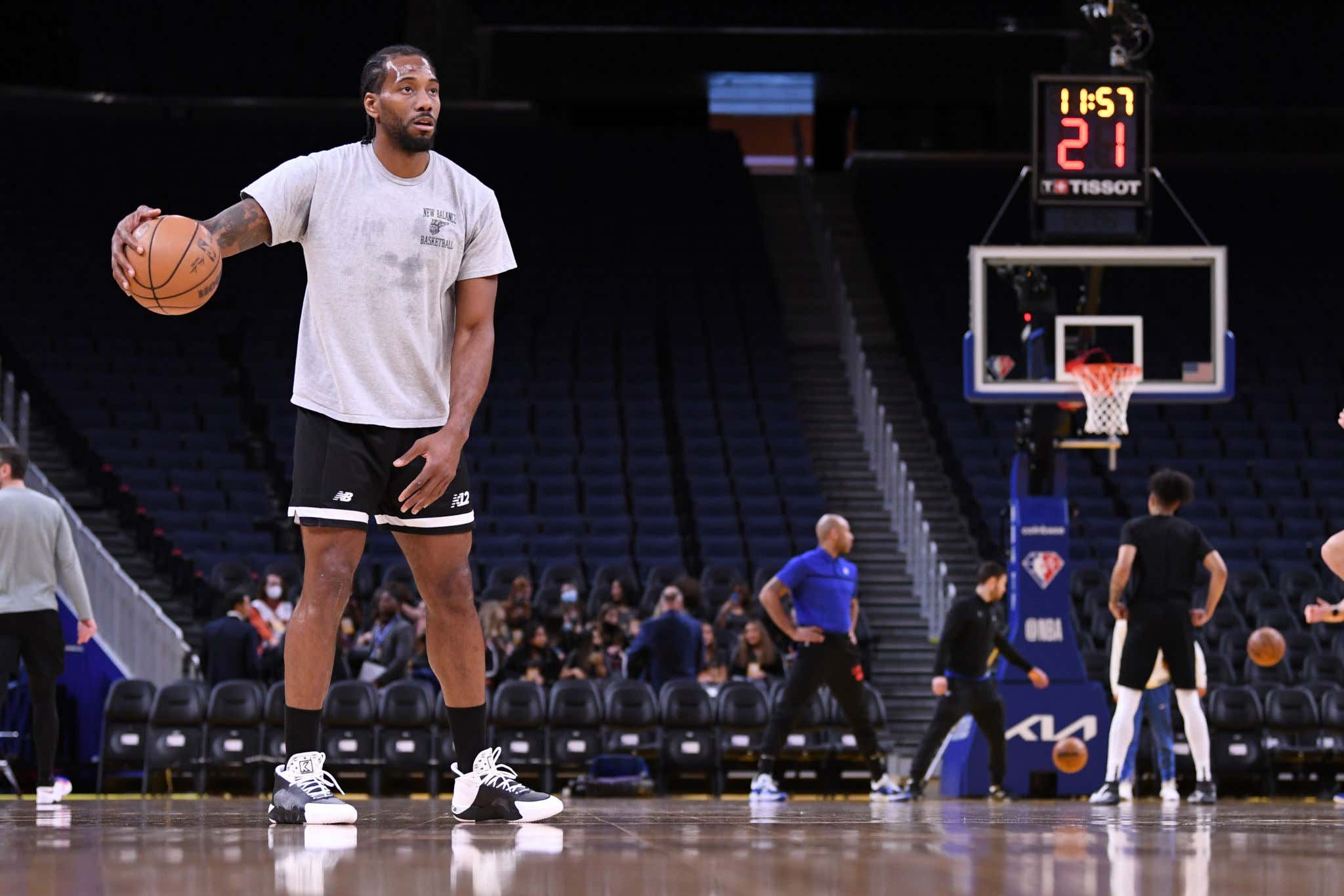 So maybe there was no funny business with that Clippers photo? Part of me thinks there is still no way that the first image is truly what Kawhi looks like and the team did some photoshop work. But that second picture is from Getty. It is in fact real. You can see how much bigger his leg is and the picture is 6 months old.

Here he is again in August

I mean you tell me. Seems legit right?

Kawhi was already a pretty explosive player before his ACL injury, now I can't wait to see what he looks like with those launch pads now in the mix. I know the Clippers have no fewer than 10,000 wings on their roster at the moment, so is the plan for Kawhi to play some additional minutes at the four? As of now, it's basically Nicolas Batum and Robert Covington, both of which are more stretch fours than your traditional big. You don't exactly love what that looks like defensively against larger bigs down low. Maybe Ty Lue is going to unleash this new version of Kawhi on those guys which could be pretty devastating.

Whatever Kawhi can do to help ensure he stays on the floor is something I am in favor of. If that means beefing up his lower half to help prevent any sort of injury, I'm all for it. I also can't wait to see what this does to his jumper. Everyone knows a strong jumpshot begins with having a solid and strong foundation, and that things start with your legs. Considering Kawhi is already one of the greatest midrange shooters in the league and is a career 38% three point shooter, imagine how lethal he's going to be if those numbers get even better now that he has an even stronger base.

On the defensive side, can you imagine a version of Kawhi that still has the lateral quickness to stay with guards/wings, but now also has the lower strength to handle bigger players on the block? Players are going to try and back him down and he's simply not going to move. He'll have his own version of a KAT/Boogie situation

So I'm hoping that this insane image of Kawhi is in fact real. The evidence sort of points to that conclusion, but this is the internet so you never know. I'm just fascinated about what Kawhi's game actually might look like if his thighs really are that gigantic. The skinny thigh version is already a Top 75 player, so we're starting off with a really really really good player already. For a team like the Clippers who haven't exactly fulfilled their potential due to injuries, making sure your best player addresses his biggest injury concern area feels like a pretty big deal.

Also, there's no way the NBA doesn't drug test him right? Any time a player has a picture like this hit the internet, they almost always get that pink slip. Even if it's a photoshop. Just ask Alex Caruso