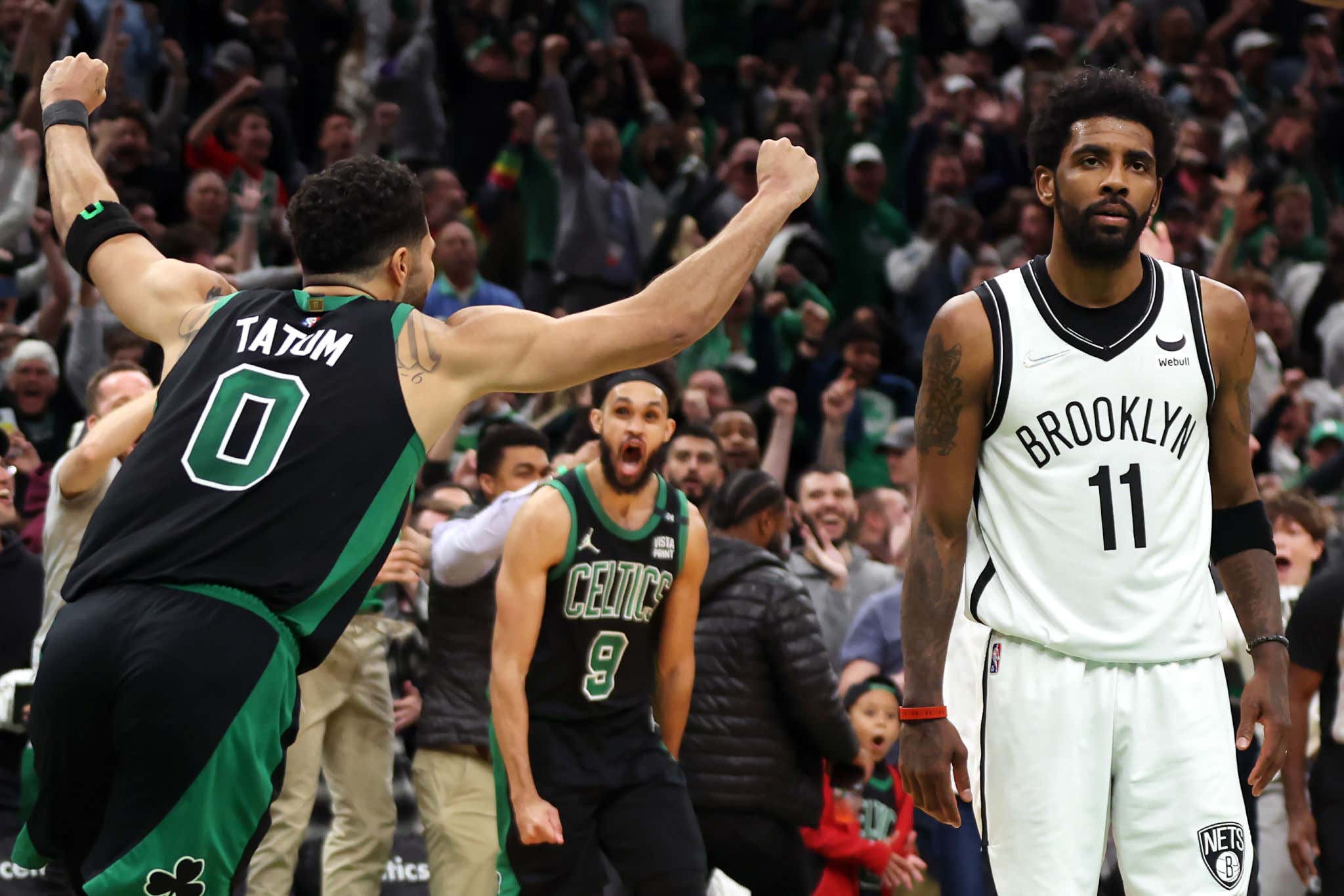 As the 2021-22 was winding down, there was a narrative out there that the teams at the top of the Eastern Conference should do everything they could to "tank" their playoff seeding a spot or two as a way to avoid the Brooklyn Nets in the first round. They were certainly not your typical 7th seed, even without Ben Simmons. The talent of KD and Kyrie alone are not exactly what you see on a team in the Play-In, and it was clear those two were enough to spook some other "contenders" when it came to resting players down the stretch even if it came at the cost of losing games/having a lower seed/giving up homecourt in later rounds.

The Boston Celtics were not one of those teams

When the regular season dust settled, they drew the Nets in the opening round. You could say these two franchises certainly have some history. There's the whole Big 3 trade that resulted in Jaylen Brown and Jayson Tatum becoming Celtics. There was the whole Kyrie Irving saga. Then there were the 2021 playoffs where the healthy Nets kicked the shit out of a very injured Celtics team in a quick 5 games.

As we know, the Celts took care of things this time around in an even quicker 4 games this past season. Despite things being quick, it's not like things were a blowout every game. The total margin of victory in all four games was just 18 points. Three of the four were decided by two possessions or less. The Celts did a great job of defending Durant (38/33%) and after a rather huge Game 1 performance, Kyrie wasn't exactly a factor for the rest of the series either. Defensively for the Nets it was pretty clear that the Celts size ended up being too much for the Nets' perimeter players to handle, and when everything was said and done Brooklyn was the only team in the entire NBA playoffs to not win a single game. For a team with NBA title expectations given their talent, that's not great.

We hadn't really heard much from KD/Kyrie about that series and their role in it, until now.

To be honest, I don't really have an issue with what he said. I'm sure it was a humbling experience to get waxed by your former team. Now, I'm not sure if you asked Kyrie before the series what he thought about the matchup that he would say

"You know, we could really use getting swept to help us grow and stay humble"

and I'm also not sure things will be all that different if they ever do see each other again in a playoff series. Things will certainly be just as hyped given everything that transpired with the KD drama, and I am someone that thinks people are somewhat sleeping on the Nets in terms of how good they could be this upcoming season solely because of how last year looked. A full time Kyrie, maybe Ben Simmons on the roster, a healthy Joe Harris, they aren't going to stink or anything like that. Remember, this was a team that was a top of the East with a part time Kyrie before KD got hurt.

The problem is matchups. The 2022-23 Celts are still a matchup nightmare for the 2022-23 Nets, even with Simmons in the mix. They also lost one of their better defenders in Bruce Brown which can't be overlooked when it comes to that end of the floor. Their only big is Nic Claxton who we just saw live in hell as he tried to switch onto someone like Tatum on the perimeter. Guys like Seth Curry and Patty Mills are still going to have to try and guard much larger players. KD is a year older and couldn't even handle the defense from Grant Williams in that series. Not to mention the clear coaching disparity that already exists.

I don't really get why Kyrie was happy that the Celts had to go through them on the way to the Finals simply because he saw Tatum/Brown develop from when they were younger, but whatever. That was weird. If anything, his 2019 playoff performance killed what could have been another deep postseason run.

It's fair to assume that both the Celts and the Nets enter this upcoming season with championship expectations. That's been the deal ever since KD/Kyrie paired up and the Celts played their way into that conversation last season. While I don't think we'll see another first round series between the two, it wouldn't shock me at all if they did end up facing each other later in the playoffs with more on the line.