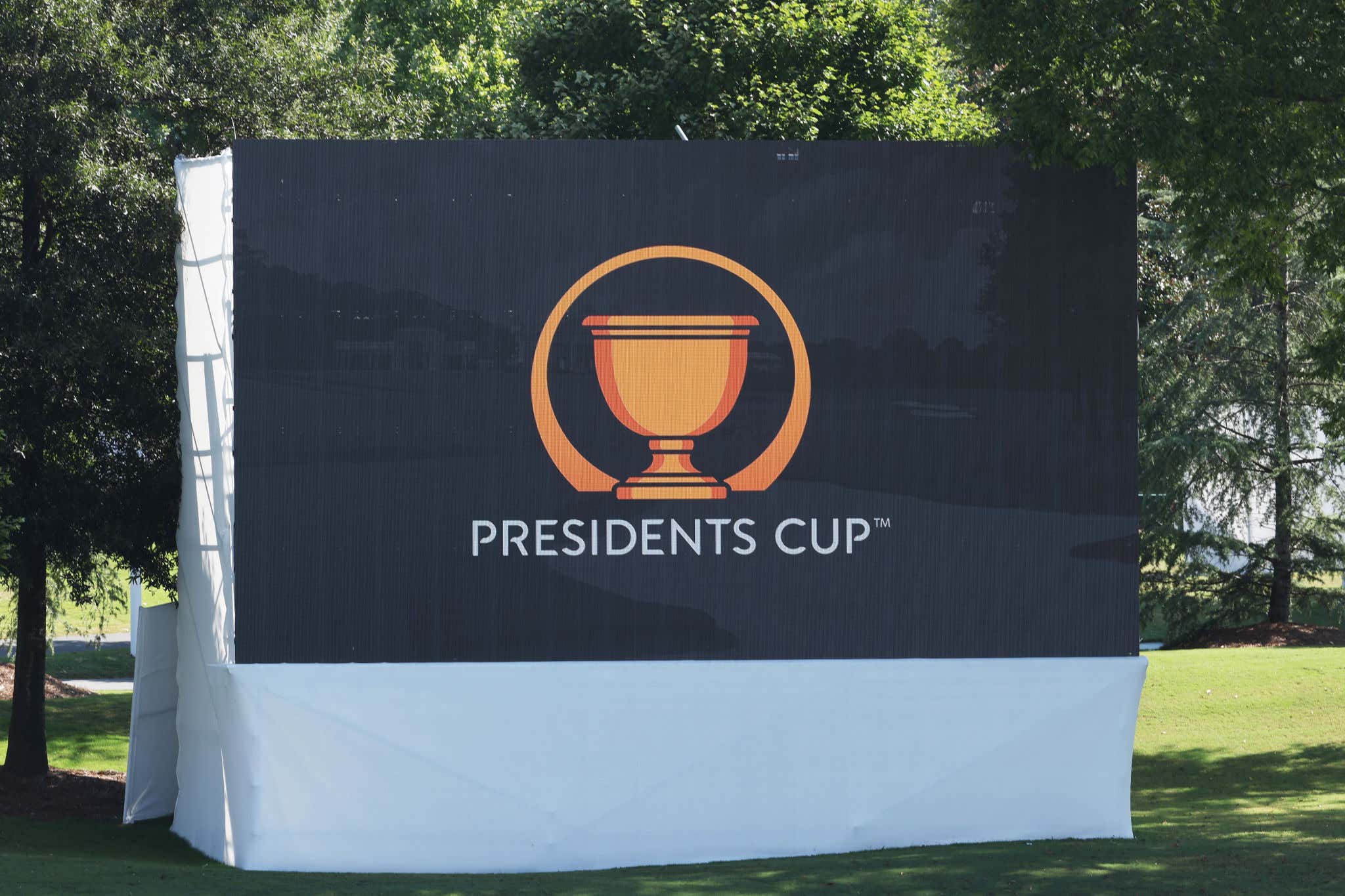 For two-plus years now, players and media and fans alike have shuddered at the thought of a doomsday scenario—namely, a schism at the elite level of the men's professional game. What would the sport look like if the best players are split between different tours? Is there enough fan interest to support all these different evnets? What if one guy wins one place, another wins somewhere else, and we're not exactly sure what to make of the whole thing? Could golf go the way of boxing, where every bout seems to be a "title fight" and no one knows exactly which way is up?

We're about to find out, because the schism in professional golf has officially arrived.

No, this wasn't the first week that LIV Golf played opposite the PGA Tour and the DP World Tour, Nor is this the meaty part of the golf season—quite the opposite, really, with the NFL now monopolizing Sundays amongst the general public. But last week, and this upcoming one, feel like the true beginning of a new, fractured era in men's golf.

There were three marquee events last weekend, each of which finished at a different time of day. First up was the DS Automobiles Italian Open, where Robert MacIntyre beat Matt Fitzpatrick in a playoff that wrapped just before noon EST. Rory McIlroy, Tyrrell Hatton and Viktor Hovland also made the trek over to Marco Simone Golf Club outside Rome to get a look at next year's Ryder Cup venue. Next up was LIV Golf's Chicago event, where the best player on that tour—and, arguably, the best player on any tour, but more on that in a second—Cameron Smith held off Dustin Johnson and Peter Uihlein to win in his second start after leaving the PGA Tour. The YouTube viewership numbers were down considerably from the compelling final round in Boston, where DJ holed an eagle to win a three-man playoff—per Apex Marketing group, an average of just under 61,000 people streamed the final round on Sunday. Such a modest audience is to be expected given the start of the NFL season, so the more concerning number is the 39,538 average on Friday. But despite the lack of audience, and the general lack of buzz on the internet and social media, the final leaderboard featured each of these names in the top 10: Smith, Johnson, Sergio Garcia, Joaquin Niemann, Louis Oosthuizen, Phil Mickelson(!) and Bryson DeChambeau, who persevered despite getting absolutely bodied by a crowd-control rope.

Those are all big, big names in our sport. They just are. So we now have a most odd dynamic, where marquee players are playing excellent golf…and not many people are watching. You had one of the very best players in the world, the reigning British Open and Players champion, beating an in-form DJ…and we're just not entirely sure what to make of it. It didn't count for world rankings. We're not counting a guy's LIV wins as part of his legacy, at least not yet, so there wasn't much impact there. How does that win compare to MacIntyre's in Italy, or Max Homa's in California? There's was a bit of a tree-in-the-forest feel to it all, though the $4 million Smith received for his victory was very real.

There was considerably more discussion surrounding the finish of the PGA Tour event, the Fortinet Championship, where the highest-ranked player in the field was Hideki Matsuyama at No. 16. That's because the finish was batshit bonkers—Danny Willett had a one-shot lead and 43 inches left for birdie. ] Homa was off the green, one back, short-sided and seemingly dead. Pure chaos ensued: Homa holed out a chip that would've run at least 10 feet by, and Willett three-jacked to hand a fifth PGA Tour victory to Homa, who'll now carry some extra swagger into his first-ever Team USA appearance at this week's Presidents Cup.

Which brings us to our next point: this week's Presidents Cup has been significantly diminished by the soap opera that is professional golf in 2022. This has never been the Ryder Cup, but think back to the 2019 edition: you had Tiger Woods playing and captaining a powerhouse American side, on one of the world's best golf courses in Royal Melbourne, and a feisty International team that defied expectations and held a lead deep into Sunday singles. The event—which, it should be noted, has been won by the Internationals just once in 13 tries—finally seemed to have some positive momentum, and a few young players from that International team had made significant strides in the three years since. Namely, Smith, Niemann and Abraham Ancer, none of whom will not be here at Quail Hollow this week given their decision to sign with LIV. In total, six players who had a great chance to make the International team were removed from consideration: the three above, who would've mortal locks, along with Louis Oosthuizen, Anirban Lahiri and Marc Leishman. That's half the team! Here's a guess at how the International team would've looked if every golfer on earth were eligible:

That's a much, much better side than the one assembled at Quail Hollow. International captain Trevor Immelman, who's been dealt a really tough situation, dipped all the way outside the top 100 in the world rankings to fill out his captain's picks with Canadian Taylor Pendrith.

The U.S. side has been far less affected—which speaks to the international flavor of LIV, though that's a different story entirely—with DJ being the only guy who likely would've made the team had he stayed on the PGA Tour. As such, the U.S. are overwhelming favorites (-700 is the most recent number I saw on the Barstool Sportsbook), and there is the distinct possibility that this event is essentially decided before the final day's singles. That would be a crushing blow to a tournament that's already struggling with a competitive balance problem.

This, then, is the first truly marquee event that does not feature all the golfers it would in a normal year. DJ and Phil have been suspended from the PGA Tour ecosystem since June, when they hit their first tee shots at LIV's inaugural event, but they have not been banned from the major championships.  And while the lack of DJ and other LIVers was certainly noticed at the FedEx Cup playoffs, fuller-field stroke-play events are better equipped to absorb some high-profile absences. Plus, Smith and Niemann were both at East Lake for the Tour Championship. And then they were gone.

It's all one big bummer, for golf (and every other sport) is a much better product when all the best players compete against each other in big events. That's not to say the PGA Tour shouldn't have banned the LIV guys from the Presidents Cup, which they own and operate; it makes total sense from their perspective as a self-interested business. Still, it's a bummer, and guys on both sides of the metaphorical aisle wish the current state of affairs weren't the current state of affairs. Even among PGA Tour guys, the discussion around team events differs from normal individual events—which is why you've seen some, like Jon Rahm and Matt Fitzpatrick, say they wouldn't particularly mind if LIV guys played in next year's Ryder Cup. That's a far more feasible possibility given the PGA Tour does not own the Ryder Cup, though the DP World Tour does own a significant share.

"I said it last week, I just want to win The Ryder Cup," Fitzpatrick said at the BMW PGA Championship. "So in my opinion, I want to be part of the team myself but I want the 11 best guys we can get. I'm not really too bothered about where they are going to come from," he said.

"I just want to make sure that we win and I think that's what's most important. I know other guys might not necessarily agree with that but I know the winning feeling is worth more than any sort of arguments you might have with other players."

The Presidents Cup was never going to play Switzerland in this battle, for obvious reasons. And I don't pretend to have a solution to an increasingly thorny issue. But if this—one side being decimated by suspensions—is a preview of what's to come at next year's Ryder Cup, I'm not sure who'd be the better for it.