I cannot stop laughing. How is this video real? Is this a sketch? Am I on Mars? Bryson goes down like he was just from the Grassy Knoll. JFK's brains flew out of his head and I don't even think *he* was that dramatic. Bryson was .1 seconds away from calling in an ambulance and yelling at the rope that it better "lawyer the fuck up, bitch". I just cannot believe his reaction lolllll 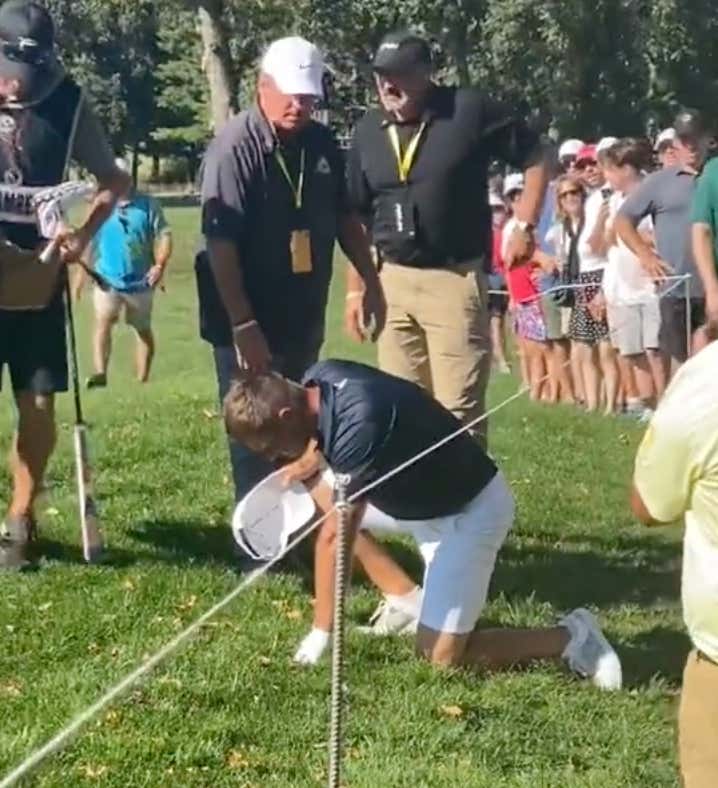 I know Bryson gets a lot of shit, and I never know if it's rightfully so or not, but I can now confirm it is NOT RIGHTFULLY SO! HE WAS ALMOST MURDERED BY A PIECE OF STRING!!! I have walked before, it could have been me!

So big time prayers up to Bryson. I am positive that piece of string will be hearing from him in court. It'll rue the day it nearly took Bryson's entire head off his body like he's wrestling in god damn WCW.