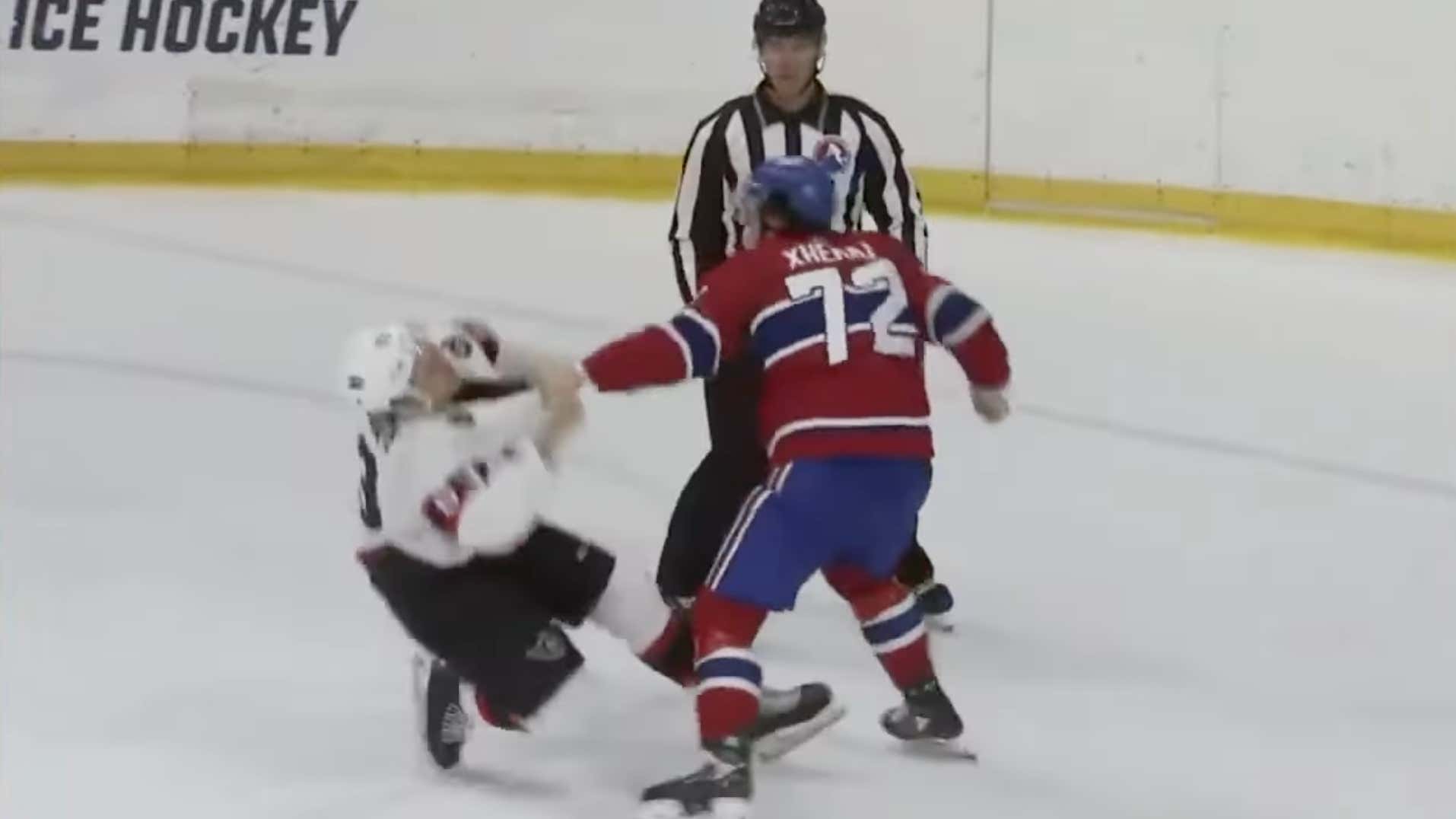 NHL rookie camps and games are currently underway with a bunch of guys all trying to make a good impression with their organization and hopefully earn themselves a roster spot this season. Some guys want to put their skill on display. Others want to show off their defensive capabilities.

Undrafted free agent Arber Xhekaj is apparently trying to crack the Montreal Canadiens by being a complete and total menace. Every great superstar needs a great enforcer. And after taking Juraj Slafkovsky with the 1st overall pick in the 2022 NHL Draft, having a maniac like Xhekaj out on the ice to keep everybody in line might just do the trick.

Can confirm the report that fighting Arber Xhekaj is a bad idea. And if you didn't pay your electric bill that month, he has no issue with shutting your lights off. As previously displayed when he fought Mark Woolley last year in the OHL.

You'll see a lot of guys coming up through junior hockey who clearly watch hours upon hours of highlights from players like Patrick Kane and try to emulate their game after them. Arber Xhekaj's YouTube history is clearly just hours and hours of Arron Asham fights.

If we're getting fights like this in September, I have a feeling it's going to be a big time season for enforcers on deck here in the NHL. Water is finding its level, the pendulum is swinging back in the right direction. The analytics dorks tried to taking fighting out of the game. The calculators said it didn't have a place in the game anymore. Better luck next time.