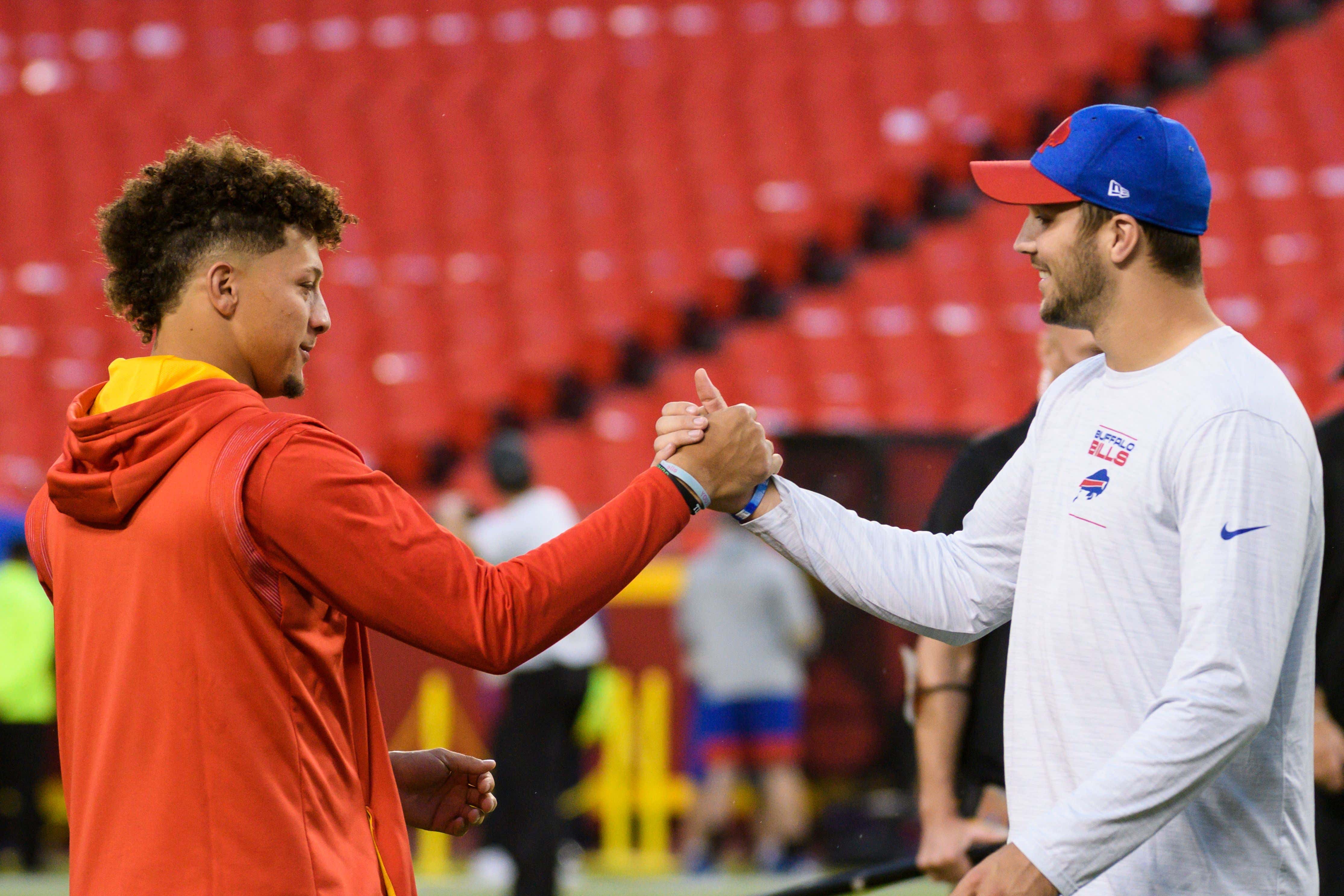 On today's Pardon My Take, the crew recapped the entirety of the Week 2 Sunday slate. All 13 games were addressed, including the 17-14 win for the Patriots over the Steelers. During this conversation, am important question was posed by Mr. Cat and Mr. Commenter:

Do the Patriots have their "guy" in Mac Jones?

This is something that fans of the Patriots have not had to ask themselves in a few decades, thanks to the dominance by Tom Brady. Mac Jones did lead New England to the playoffs in his rookie season, but is there enough evidence for Patriots fans to believe that he is "the guy?" That was the debate on today's show.

We then went around the league and threw out names of quarterbacks who seem to be "the guy" for their respective franchise. Here were the results (in no particular order):

As of this very moment, the 15 teams above do not have to worry on whether or not they have their "guy" at quarterback, according to the Pardon My Take crew. And PFT put it best with this quote:

"The NFL is a guy-driven league, and if you don't have one, then you are looking for one. That's just how it goes."