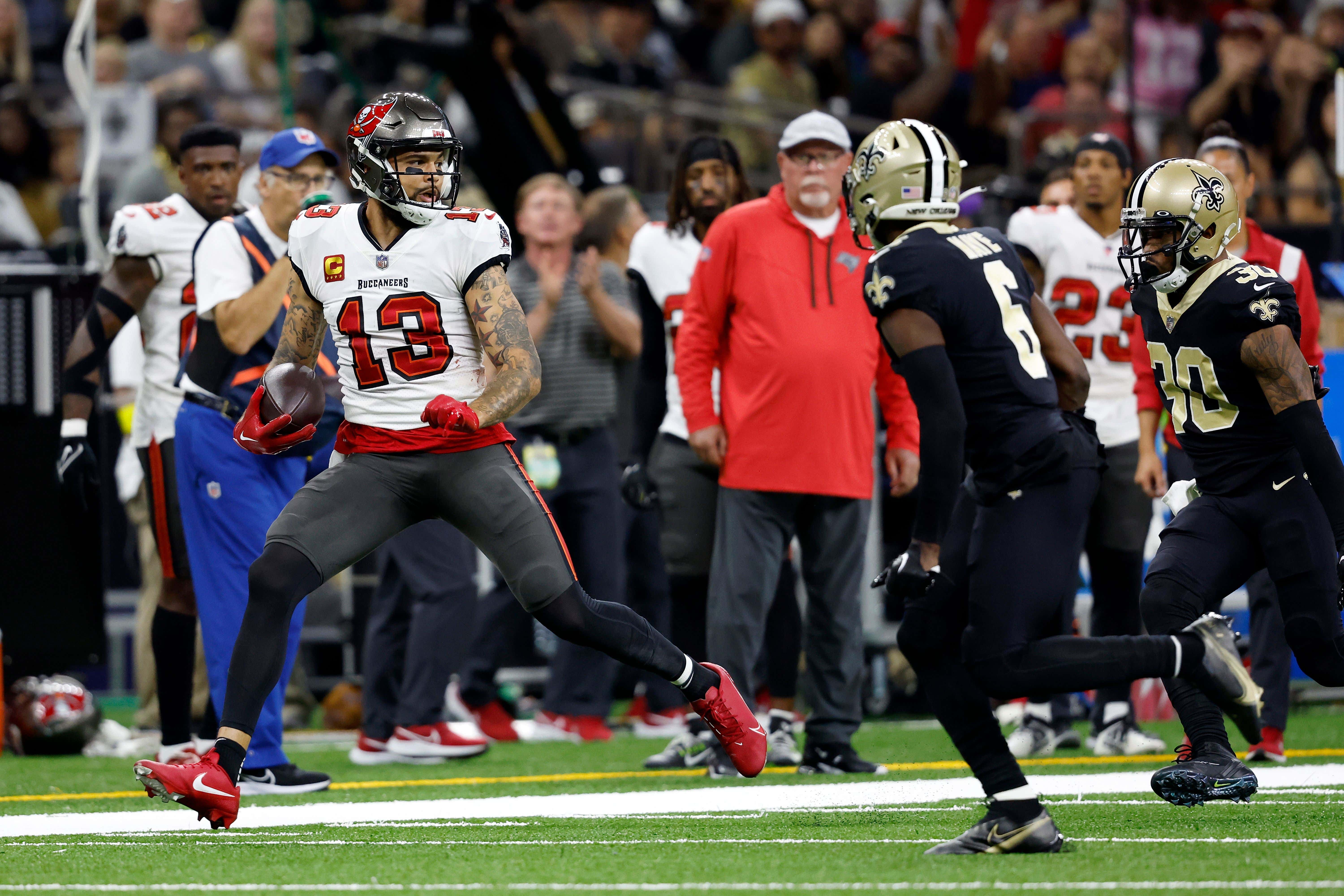 There was a major skirmish erupted today and it all started with Marshon Lattimore, who is a very good player in his own right, talking shit to the GOAT, Tom Brady.

That led to a big skirmish. But once it was sorted out, in his explanation to the refs, Evans can be caught mouthing, "That's Tom Brady, what do you want me to do?!?"

Evans needed no explanation. His guy was in trouble and he stepped in and handled things. And that wasn't the first time he's done that. Years earlier, then Buccaneers Quarterback got into a hullabaloo with Lattimore and Evans came in to put Lattimore on his keyster.

In that 2017 altercation, Evans was suspended for one game. However, Evans was not ejected from the game in that situation, so the suspension was kind of like a makeup. Today he was ejected, so the Buccaneers Receiver is hoping his actions do not result in a suspension again this time.

When asked about it altercation after the game, Evans said, "All I see is Lattimore, he punched Lenny in the face or something like that, and then pushed Tom, that's all I saw. So I just pushed him."

Evans greeted Brady and his Quarterback after the game with a hug.

While some Saints fans people won't agree with what Evans did, there is no denying he's the ultimate teammate who will defend his guys no matter what the situation.