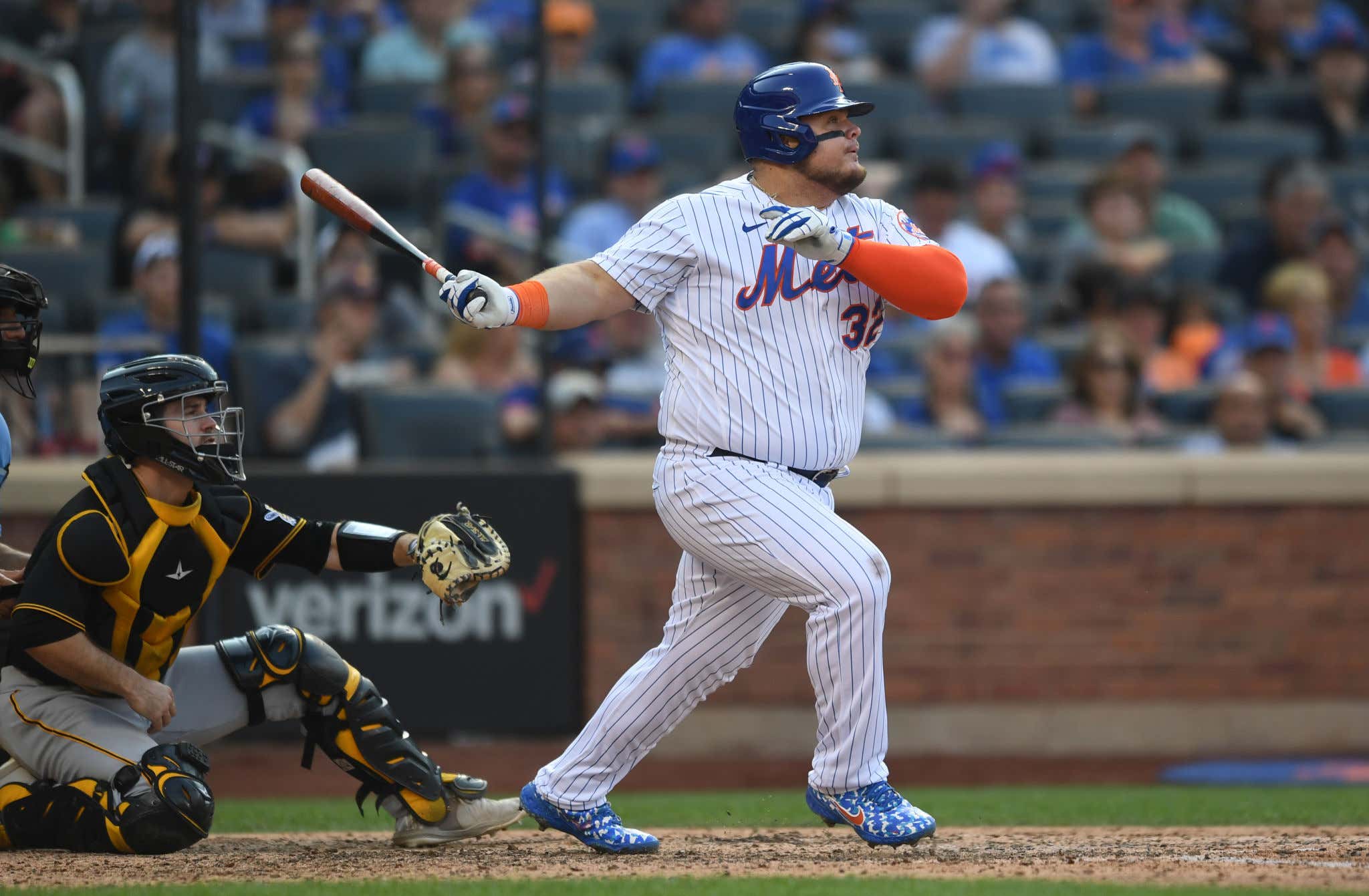 Coming off their embarrassing sweep, the Mets needed to sweep the Pirates to stay in first place. The Mets got no help for the Phillies, who gladly were swept by the Braves. The Mets got terrific pitching but struggled to find the clutch hit.  The Pirates often gifted the Mets runs, as three runs were scored on walks with the bases loaded. The Mets maintained a one-game lead with the Braves, though both teams are even in the loss column as the Mets have played two extra games, which will be erased next week as the season enters the final stretch.

The series began with Carlos Carassco taking his turn in the rotation. After not holding the lead in any of the three games against the Cubs, the Mets scored two runs in the first against the Pirates, as Daniel Vogelbach had a two-run double. Michael Chavis drove in a run for Pittsburgh in the second, but Carrasco struck out the next two batters to limit the damage. On a day when all players wore #21 for Roberto Clemente, Francisco Lindor homered in the third, with Brandon Nimmo on base to jumpstart the Mets offense. Vogelbach added an RBI single as the Mets led 5-1 after three innings.

Carlos Carrasco was a solid Oreo Doublestuff Cookie, pitching six innings while allowing one run on four hits, as he had 11 strikeouts. In the fourth inning, Mark Vientos had his first career hit and first RBI to extend the Mets' lead to 6-1, while Pete Alonso was hit with the bases loaded to force in a run in the eighth. The Mets' 7-1 win was as important as any win during the season as it stopped a season-high three-game losing streak and set the tone for the series.

In the second game, Taijuan Walker was on the mound for the Mets. Walker was strong, as he retired the first 11 batters he faced before Rodolfo Castro had a two-out single in the fourth. The Mets got their first run in the third inning, as Eduardo Escobar scored from first base on a single by Tomas Nido, as he took advantage of some disinterested Pirates fielders. Daniel Vogelback homered in the fourth to give the Mets a 2-0 lead. The Pirates got on the board in the fifth, but Jeff McNeil saved further damage with a brilliant catch against the wall.

the Mets answered with a sac-fly by Pete Alonso in the sixth, while Brandon Nimmo homered in the seventh. Taijuan Walker pitched into the eighth, retiring the first batter before Tyler Heineman singled and O'Neil Cruz homered to cut the Mets' lead to one. Edwin Diaz entered the game for a five-out save; he got the first two in the eighth but walked Ben Gamel to start the ninth. Pinch runner Greg Allen tried to steal second but, after a review, was called out as Luis Guilorme made the perfect tag. Ke'Bryan Hayes struck out for the second out, while Cal Mitchel ended the game with a fly out to right, which Jeff McNeil caught just in front of the fence.

The third game would see Chris Bassitt on the mound, hoping for a better start than he had on Monday. The Mets got a big boost in the second inning, as Eduardo Escobar hit a three-run home run in the second inning. Bassitt skated in and out of trouble as he allowed three hits and two walks in six innings. Escobar narrowly missed a second three-run bomb in the fourth as the Mets added runs on bases-loaded walks in the sixth and eighth.

The Mets had four players hit by a pitch as they looked to give David Peterson a chance to pitch out of the pen. Peterson erased the bad memories of his awful performance on Wednesday by retiring the first six batters he faced. Rodolfo Castro would homer in the ninth as Adam Ottavino came on to get the final two outs as the Mets won 5-1.

Looking for the sweep, the Mets had Jacob deGrom on the mound on Sunday. The Mets' ace gave up a leadoff double to O'Neil Cruz but did not allow another base runner over the next five innings, striking out 13 of the next 15 batters. The Mets would take a 3-0 lead as Jeff McNeil had an RBI single in the first. McNeil would walk in the second to drive in the second run, as Pete Alonso had an RBI grounder. The trouble with strikeouts is that it raises pitch counts, and after allowing two hits, deGrom gave up a three-run homer to Cruz to tie the game in the sixth, in what was his 100th pitch.

The game remained tied until the eighth, when Tomas Nido had a leadoff single. Terrance Gore came on to pinch run, stole second, and advanced to third on an error. Brandon Nimmo singled in the go-ahead run as the Mets loaded the bases. They added three more runs as Daniel Vogelbach had a two-run single and Eduardo Escobar had an RBI grounder to make the final read 7-3.

The Mets move on to Milwaukee for a three-game series with the Brewers. The Mets need one win in the series, to clinch a playoff berth.