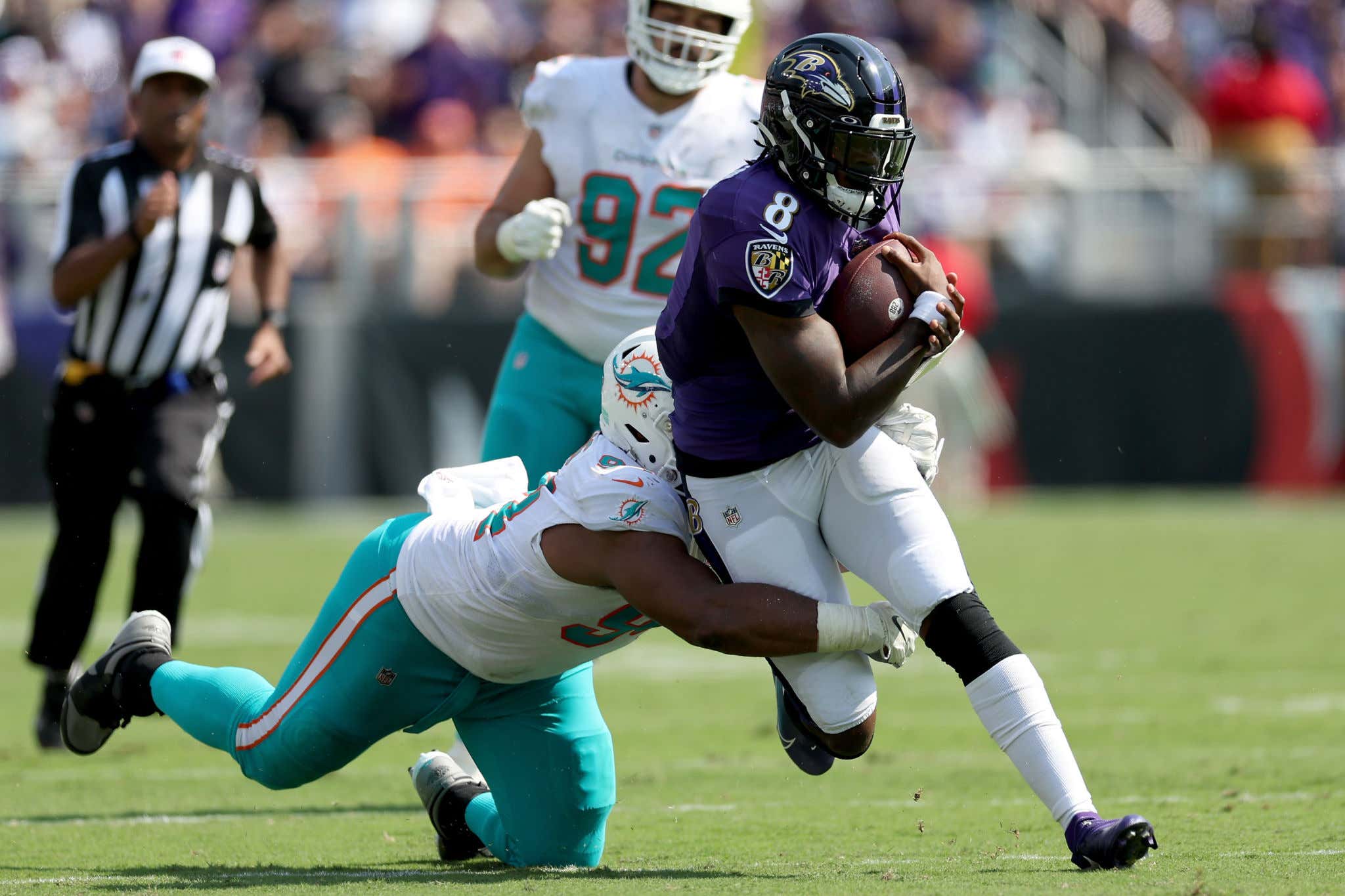 What a joke, man. There's really no other way to put it.

Lamar put on a vintage performance today. Threw darts all over the field. Ran for his biggest house call of his career. Even got a special teams tuddy to kick things off and the defense let him down entirely.

Listen, I don't want to take anything away from Tua. The guy threw for 450+ and 6 tuddies. Hit every tight throw within 10 yards with impressive accuracy. But I guess I'm going to. Everything he got downfield was given to him on a platter. Guys were naked downfield in that 4th quarter. We're not talking regular guys either. We're talking about guys like Jaylen Waddle and Tyreek Hill that the Ravens should have been on high alert for downfield from the jump. Inexcusable for it to happen with a healthy lead.

After watching two weeks of Dolphins games, I'm convinced that they're a good and dangerous team as long as they are able to play their game. That means a close game where they can throw all their slants and run some creative plays underneath and try to beat you with a deep ball here and there. Once you build a comfortable lead, you should be happy to play cover 2 and let them have those plays underneath and force them to beat you that way. JUST AS LONG AS YOU KEEP THEIR GUYS IN FRONT OF YOU.

We failed to do that miserably. When Lamar made that house call to make it 35-14, that should've been curtains. It's a joke that it wasn't.

We gained 8.8 yards per play today offensively. The NFL record for a season is 6.98 by the Greatest Show on Turf. There's certainly ebbs and flows in given games, but that's an ELITE performance by Lamar and his guys. Lamar went for 300+, 3 TD's and over 100 rushing. And it all went to waste due to numerous defensive breakdowns down the stretch. The 4th quarter score was 28-3. That's EMBARRASING.

I don't know what more to say. There's so many good qualities about this team but they're being overshadowed by basic mistakes. I'm trying to think of this as fixable, much in the way that the Browns loss in week 4 in 2019 was. Hopefully we continue to get guys healthy, but goddamn. Basic stuff. Hopefully this L doesn't end up costing us down the road.