n collaboration with the Sportsecyclopedia.com

Fans at Candlestick Park are treated to two No-Hitters in 24 hours. The first No-Hitter comes out of a Hall of Fame pitchers’ duel as Gaylord Perry of the San Francisco Giants gets the best of Bob Gibson and the St. Louis Cardinals 1-0 for his only career No-Hitter. The following day, Ray Washburn returns the favor, striking out eight as the Cards win 2-0.

There is no question that the 1968 season was the year of the pitcher, as batting averages were down across the league, while several outstanding pitching achievements were previously unmatched. This included the mind-boggling 1.12 ERA posted by St. Louis Cardinals ace Bob Gibson, the 31-win season by Denny McLain of the Detroit Tigers, and the 58-straight scoreless innings posted by Don Drysdale of the Los Angeles Dodgers. Heading into the final days of the regular season, there had been three No-Hitters in baseball, with Tom Phoebus of the Baltimore Orioles doing it against the Boston Red Sox on April 27th.  On May 8th, Catfish Hunter of Oakland Athletics tossed a Perfect Game against the Minnesota Twins, while George Culver of the Cincinnati Reds No Hit the Philadelphia Phillies on July 29th. 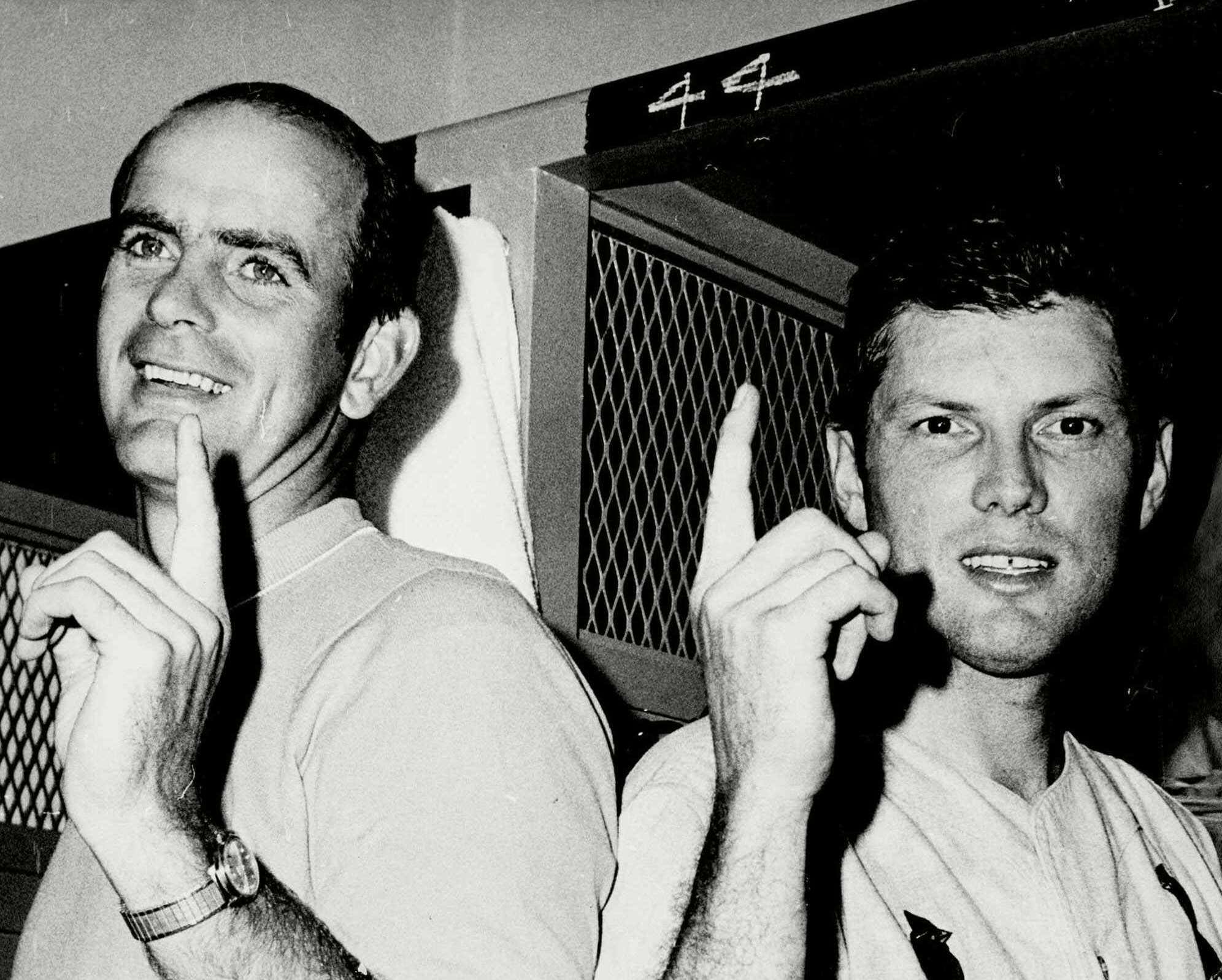 As the season hit the final stretch, the reigning World Champion St. Louis Cardinals, managed by Red Schoendienst, had already won their second straight National League Pennant as they went into San Francisco to face the second-place Giants led by Herman Franks. Two days after clinching, the Cardinals were beginning a three-game series at Candlestick Park with Bob Gibson and his 1.12 on the mound against Gaylord Perry, who was having a disappointing season for San Francisco.

The Giants got a run against Bob Gibson early as Ron Hunt hit a home run in the first inning. It was one of four hits that Gibson gave up as he went the distance, striking out ten. Meanwhile, Perry took advantage of a Cardinals lineup without several key players who were resting after the Cardinals clinched first place. Gaylord Perry allowed just two baserunners in the game, the first to Mike Shannon in the second inning and the second to Phil Gagliano in the eighth. In the ninth, Gaylord Perry got Lou Brock, who came up as a pinch hitter for Gibson, to hit a ground ball to Hal Lanier at short. Roger Maris hit a bouncer back to Perry for the second out, while Orlando Cepeda struck out looking to end the game.

The following day, the Cardinals would have Ray Washburn on the mound for an afternoon game against Bobby Bolin. Like the night before, runs were at a premium, as neither team could score through the first six innings. The Cardinals regulars returned to the lineup as Curt Flood got their first hit with a single in the first inning. Finally, Mike Shannon doubled home Orlando Cepeda in the seventh to give the Cardinal a 1-0 lead. The Cardinals added a second run on an RBI single off the bat of Flood in the eighth inning. In pursuit of his no-hitter, Ray Washburn issued five bases on balls and eight strikeouts. In the ninth inning, Ron Hunt led off with a grounder to his opponent at second. Phil Gagliano. Willie Mays followed with a grounder to Shanon at third, while Washburn ended No Hitter by getting Willie McCovey to fly out to Flood in Center.