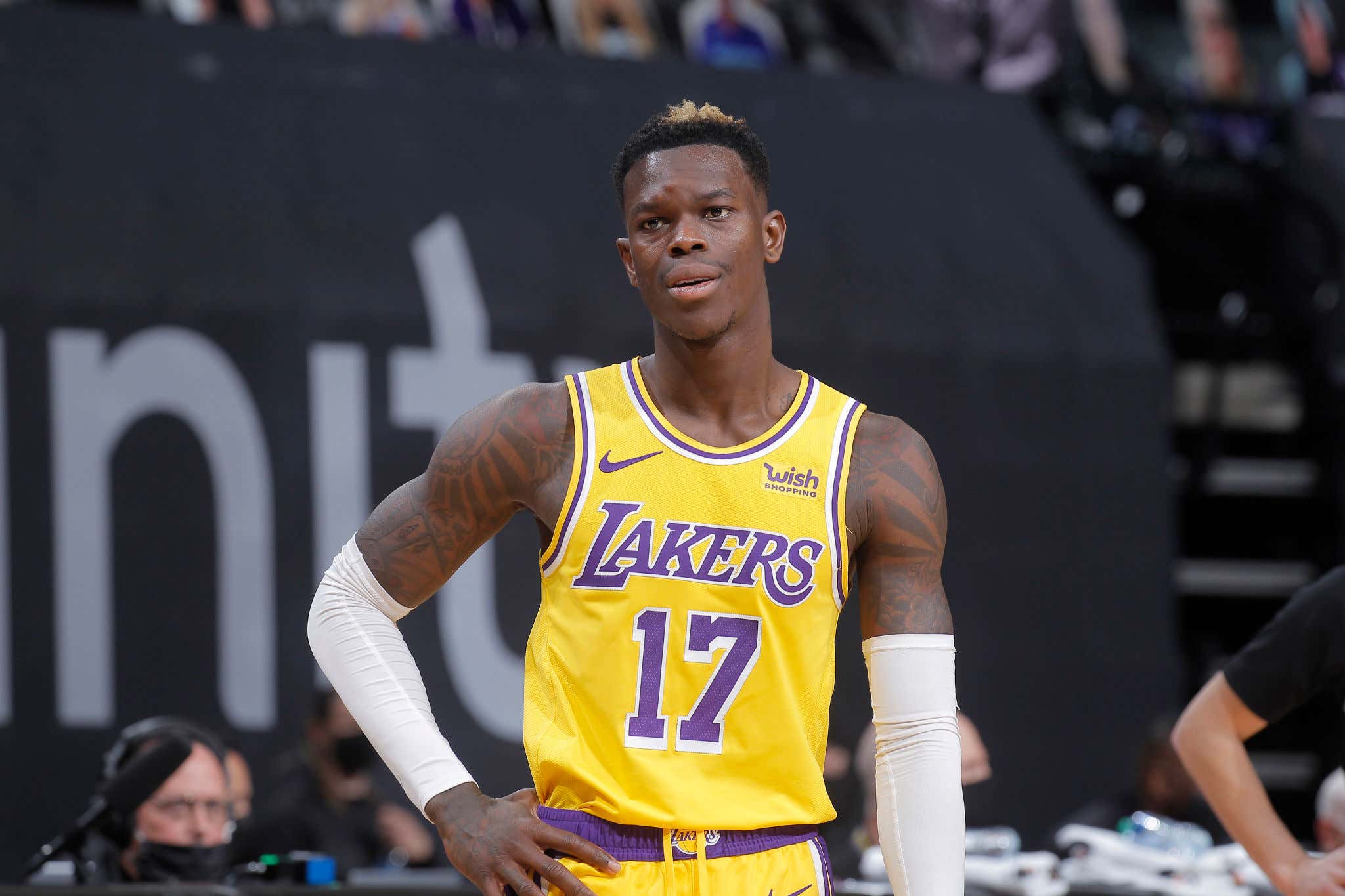 A few months ago Dennis Schroder was without a job. He still has a ton of talent and can help an NBA roster, so it was a little confusing that free agency basically came and went and he still went unsigned. As a result, he did what you would expect. He went back to the well and blew up LeBron's IG comments in hopes of having a reunion

Well, fast forward to today and it looks like LeBron has decided to accept!

Not quite the $80M+ he turned down from the Lakers a few years ago, and about half of the MLE he signed with Boston last season before they traded him at the deadline. Essentially, he's headed to LA on the minimum but hey, at least he's on a roster!

While I'm sure LeBron had to sign off on this because nothing happens with that team that he doesn't give his OK with, this is probably more because of how good he's been during EuroBasket, including a pretty monster performance today against Spain despite the Germany loss.

Immediately my brain goes to what this means for Russell Westbrook. All the Lakers are doing this summer is bringing in starting caliber point guards. First they traded for Pat Bev, now they bring in Schroder. I'm to believe all three are going to co-exist? If there's one thing I know about Schroder from having watched him every night for a few months, it's that he wants to play. If there's one thing I know about Pat Bev it's that he truly believes he's the best point guard on the team. It certainly feels like this is more of a precursor to some sort of Westbrook trade than the plan being to keep all three guys who all will want to see the floor. 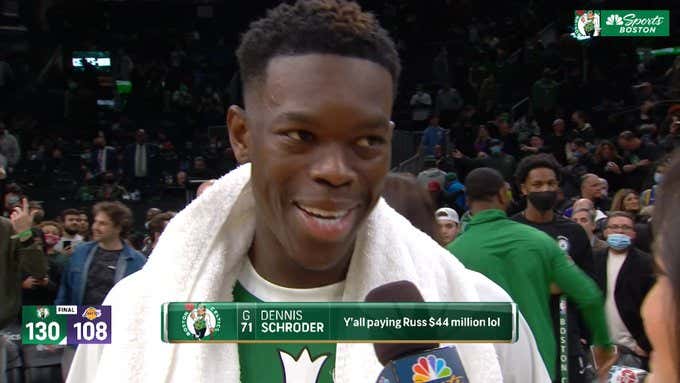 It feels like we're moments away from getting that Shams/Woj bomb that tells us Westbrook is now a member of the Jazz or the Pacers or the Spurs. My guess is the Jazz because Ainge wants those first round picks more than you want anything in your life.

For the minimum, it's an easy risk to take for the Lakers, the same way it was for the Celts when he signed for the MLE last year. Schroder's production outperforms his contract. He can come off the bench, you can spot start him, and there will be nights where he looks unstoppable. There will also be nights he'll miss wide open right handed layups that make you want to scream. He for whatever reason only rolls the ball up the floor to start a possession instead of playing with pace. His jumper can be hit or miss for sure, but at the same time, this Lakers roster needs all the talent they can get.

This whole thing just goes to show, always shoot your shot in life. Whether that be in IG comments, Twitter DMs, whatever. You never know what can happen if you don't ask. Shit, I got this job because I replied to a random Dave tweet about the Celts going for a 7 seed in March of 2015. Dennis got a job because he replied to LeBron. You just never know.