EA Sports just released a video outlining all the ~*new and improved*~ interactive features coming in NHL 23. I'm not a huge video game guy but the main complaint I hear all the time is that these games have essentially just been the same exact game for years now with new rosters. So to make a few changes, EA Sports introduced features like mirrored visors, being able to choose which player you hand the Stanley Cup off to next, and ultimately seeing your team get etched into their rightful spot on the Cup for all eternity.

Which team did they go with to preview this feature? Well, obviously the whole point of these additions is to make the game as realistic as possible. So it only made sense to go with none other than the Toronto Maple Leafs. 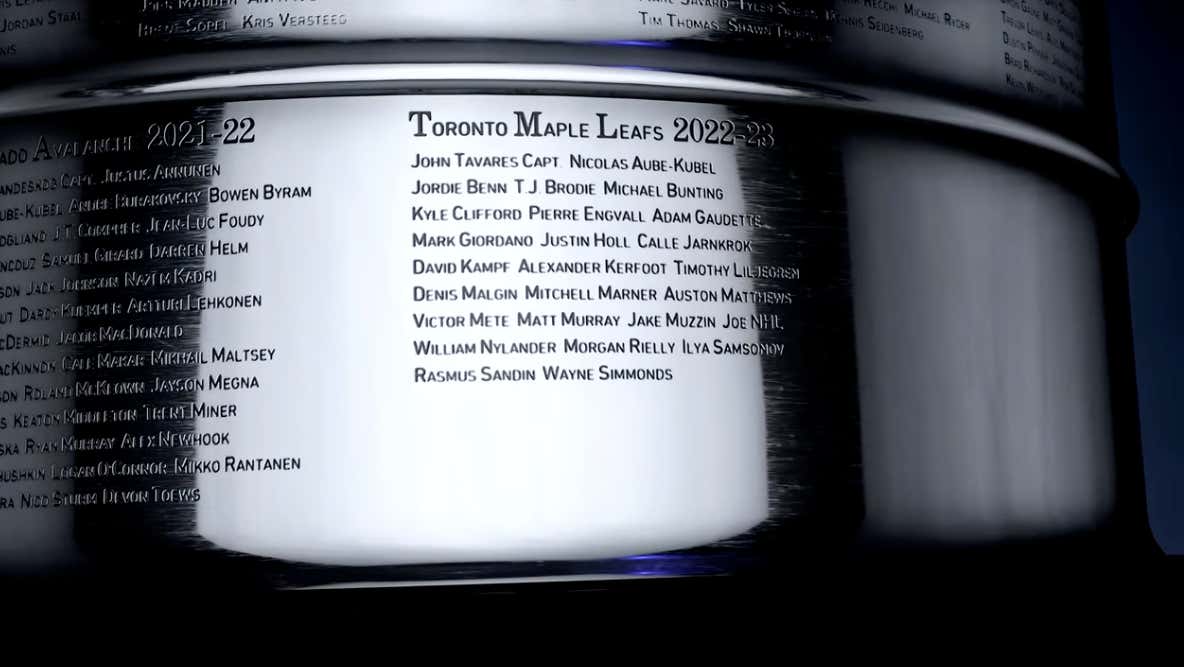 Somebody at EA knows exactly what they're doing here. I mean not that they really even had to do it in the first place. There's no need to curse a team that has already been cursed. The Leafs weren't going to win the Cup this year regardless, but someone at EA decided to deliver that kiss of death before training camp even got started. How could they be so cruel? Why would they do such a thing?

Auston Matthews has 2 years left on his contract including this season. Toronto is running dangerously close to being out of time to convince him to stick around in free agency. The last thing they'd want to do is head into the final year of that contract without an extension in place for Auston Matthews. You look at what just happened with Florida and Huberdeau. It was either get a return for Huberdeau this summer while they still could, or take the risk of losing him for nothing next summer.

If the Leafs somehow magically advanced past the 2nd round of the playoffs this season, maybe there's a chance that Auston Matthews gets tricked into seeing it out in Toronto. EA Sports just cemented the fact that they'll have a catastrophic first round exit this year and all of a sudden, Kyle Dubas has to head into next summer thinking about the best trade destinations for Auston Matthews. All things to a presentation for a few new features in a video game.