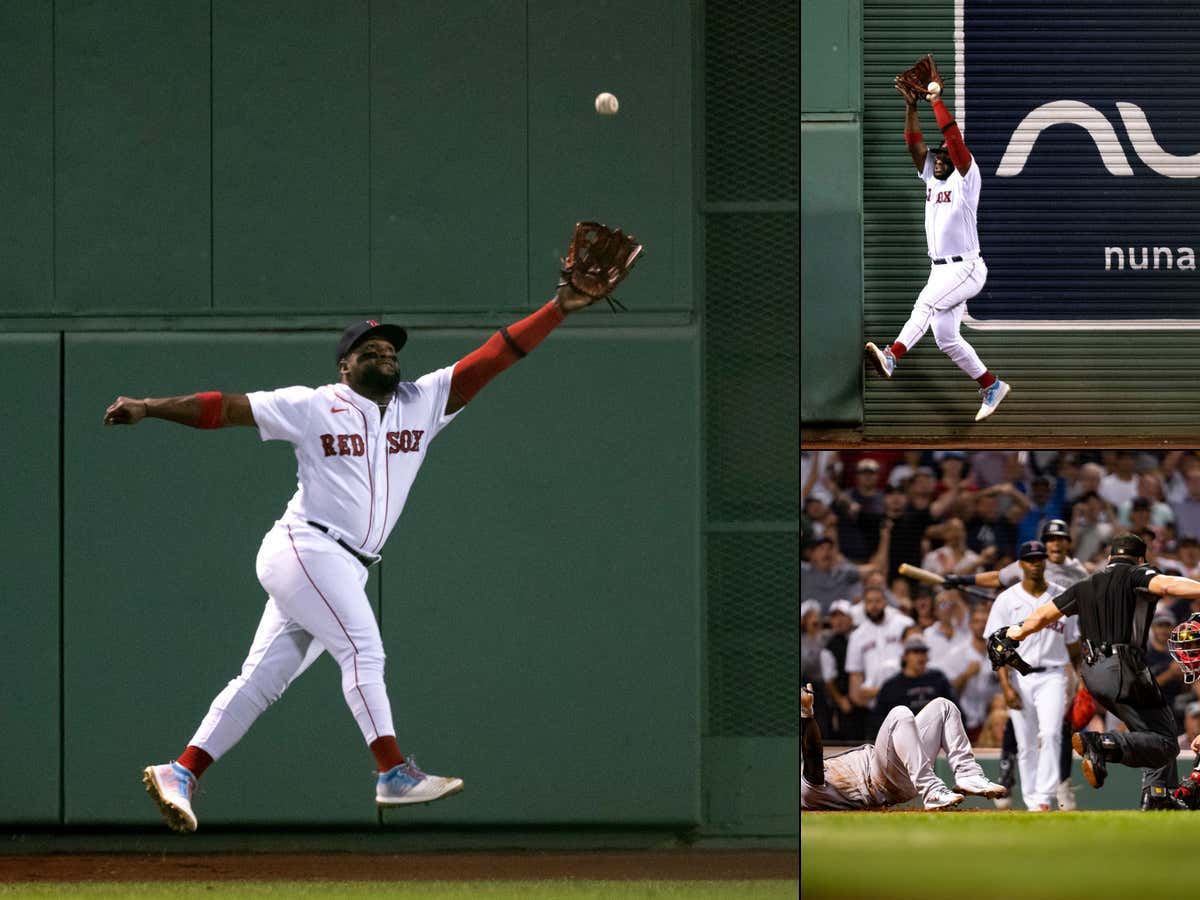 The Yankees headed into this mini two game series against the Red Sox looking to build off of some rare 2nd half of the season momentum. With the Rays and Blue Jays facing off up north, it was a big opportunity to extend the AL East lead. Things haven't exactly gone to plan for the Yankees over the last two months, so taking care of business was all but a certainty.

The Red Sox are a bad team, like really bad. They're a poorly constructed ball club assembled by a GM in way over his head. They can hit the ball for sure, but they do just about everything else wrong. I've truthfully never seen a worse fielding team in my life. We've seen the highlights this year with Duran in center.

And Arroyo in right

They're a clown show and you can't lose to those teams in September. Thankfully, Boston made winning this game easy tonight being their usual selves.

I came away from that play thinking three things. 1) Which throw was worse, Verdugo's or Wong's? Easy answer is Wong, but Verdugo's was abysmal. Was that slower than 50 mph?  2) Judge makes one hell of an umpire 3) Gleyber constantly going oppo now has me feeling all kinds of emotions

Later on just when Boston was seemingly making a comeback, J.D. Martinez missed first base trying to beat out a double play

Now I shit on the Red Sox a lot and despise mostly everything they do. I say mostly everything because occasionally they run into a good idea. With the team safely in the cellar of the AL East with no aspirations for anything, the front office had to get creative with a way to get asses in the seats for the final month of the season. Well, apparently Chaim decided they'd hold a contest late in games where fans would get to play. Exciting!

Enter Abraham Almonte a 33 year old man from the DR. He was chosen in-between half innings, given beloved fan favorite Pablo Sandoval's old uniform, and headed out there to see what he's got. Naturally the ball found him not once…

Tough moment for that fella, but at least he got to be on the field. Hopefully he can cherish that moment for a long, long time.

Anyways, good mini-sweep. 6 games up in the loss column now in the AL East with the magic number down to 14. Good things are happening again.