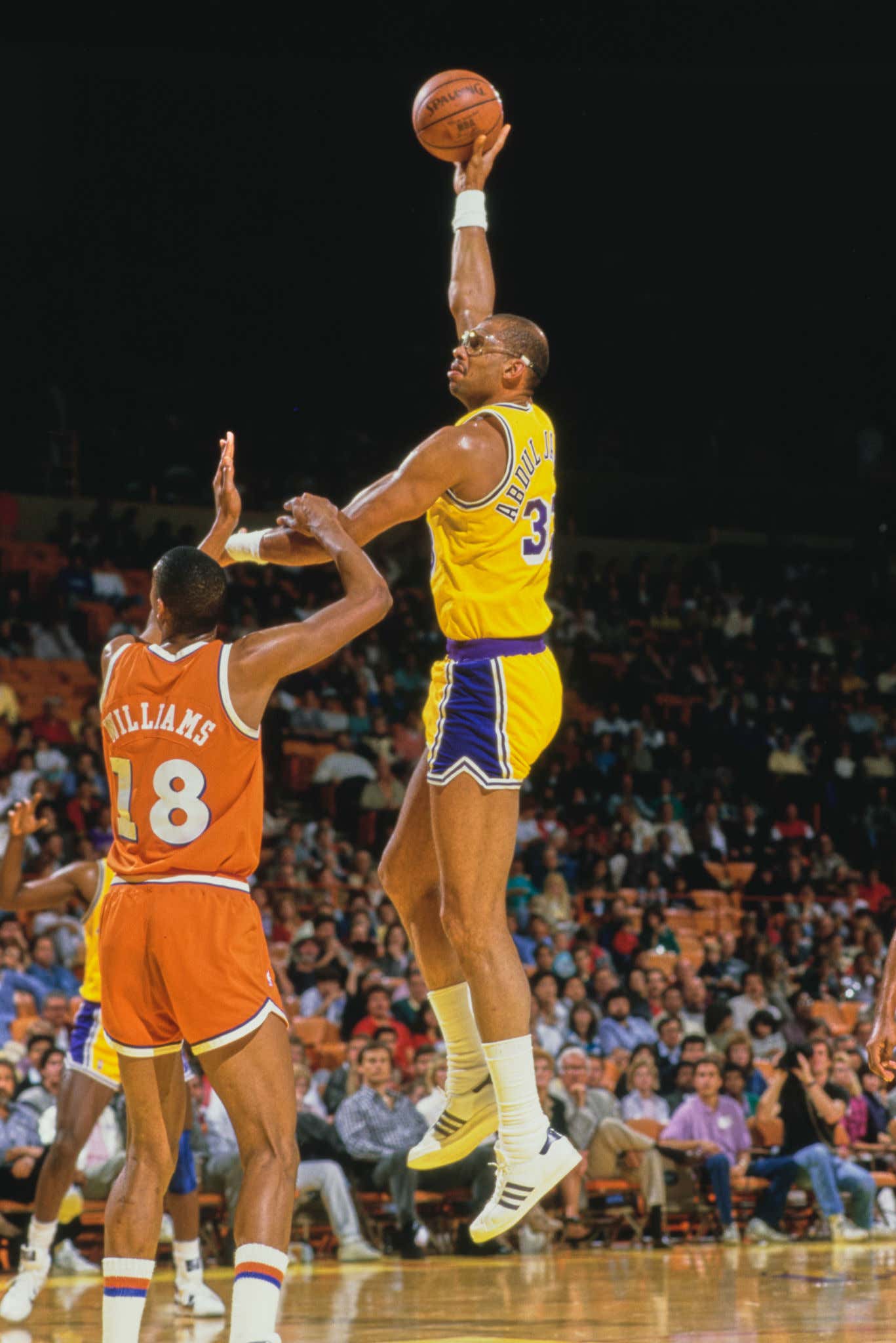 Before I joined Barstool, I worked a fairly standard job in media that could get boring. I worked in programmatic advertising, meaning that I targeted ads that were specific to your interests to websites that you'd be on, customizing the experience. It was a growing industry at the time, but during lunch, I needed some sports or laughs to keep myself engaged. I'd usually watch a mix of Mike & Mike in the Morning, The Tonight Show with Jimmy Fallon, and NBA Top 10 Plays.

I have watched all types but my favorite are the official NBA channel's Top 10 Plays. There was a stretch in 2013 where they would come out with them every week or so. Just a new sometimes random guy you wouldn't think of, like Peja Stojakovic. But of course, there are classic great ones like Kobe Bryant and Dwayne Wade and some other entertaining ones like Jason Williams and my favorite player from my childhood, Larry Johnson.

Every night I'll read a couple books to my son before his bedtime and he's recently taken a liking to the Basketball Legends Alphabet.

He's to the point where he can name every player which is cool for me. It's funny to me that he knows who Wes Unseld is.

Anywho, the book starts out with Kareem Abdul-Jabbar using the A in his last name. It got me thinking about the man. I know he perfected the sky hook, he was on Full House and I watched the Winning Time series on HBO. But what about his top 10 plays? I hadn't stumbled upon them during my lunch hour before.

So I decided to check it out and my God was it bad. This guy is the ALL-TIME LEADER IN POINTS SCORED. Yet almost every single one of them was boring. And I'm a big guy! I'm 6'3" so always was forced to play in the post (I was one of the original stretch bigs, born 15 years too soon) on recreation and travel teams (yes, that was a brag) growing up. So I LOVE THE SKY HOOK. But these highlights are horrendous. And as a person who has watched hours upon hours of random players Top 10 Plays, I feel qualified to say that.

I thought maybe it was a big guy only thing, but Hakeem Olajuwon, Patrick Ewing, even Tim Duncan aka "The Big Fundamental" have infinitely better Top 10 Plays than Kareem.

Here is the video to watch and let's go through each play underneath:

10) Alright this is a pretty good start actually! Obviously athletes in the 2000s are a bit more advanced than those in the 70s/80s, but this is a nice swat! 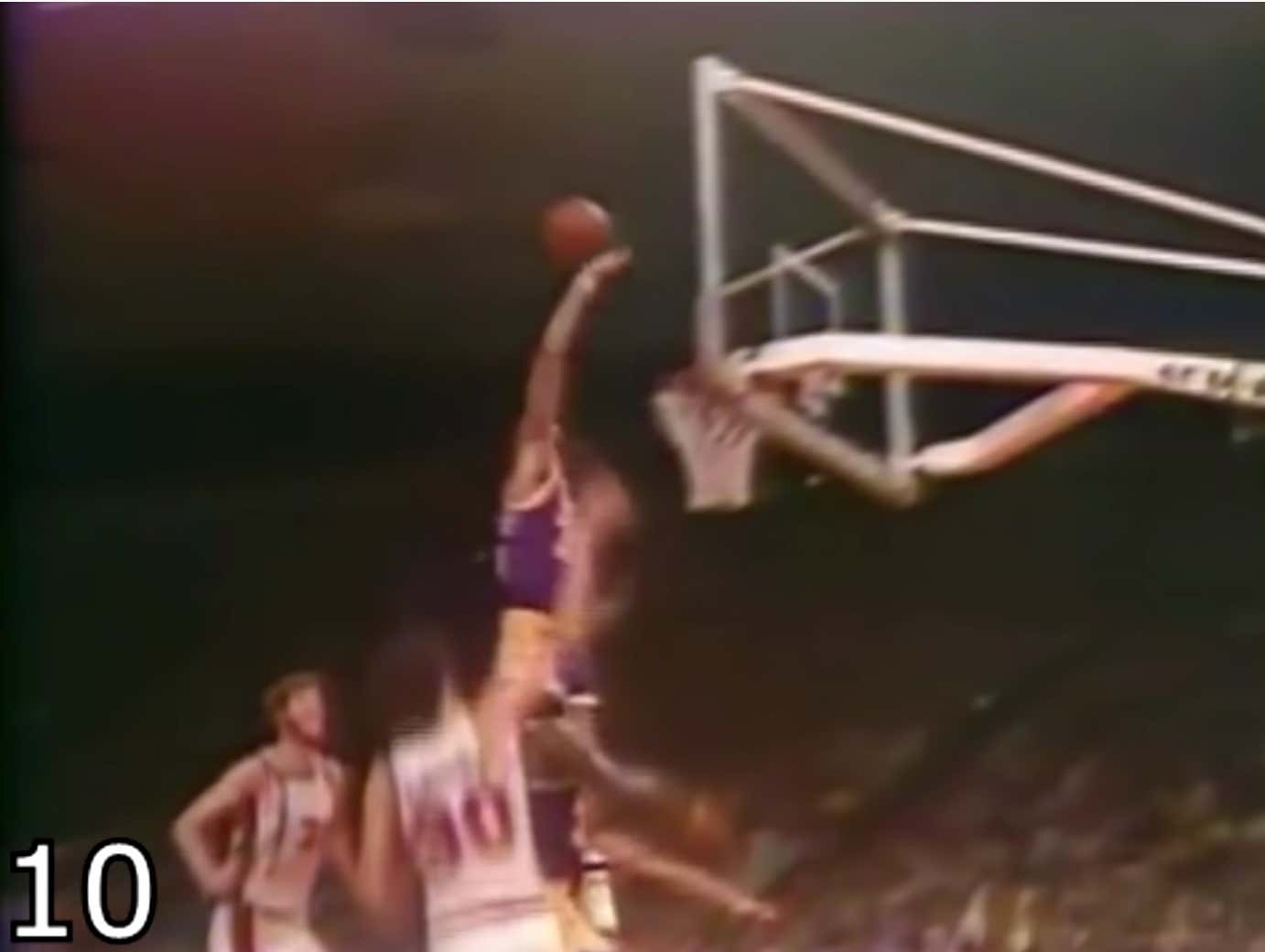 9) A big guy running a break?! Who doesn't love that! But oh wait, he does it slowly and awkwardly and then just turns it into a 5-on-2 post up hook shot? WTF was that?! That's a top 10 play for the all-time leader in points scored?? It hurt to watch! 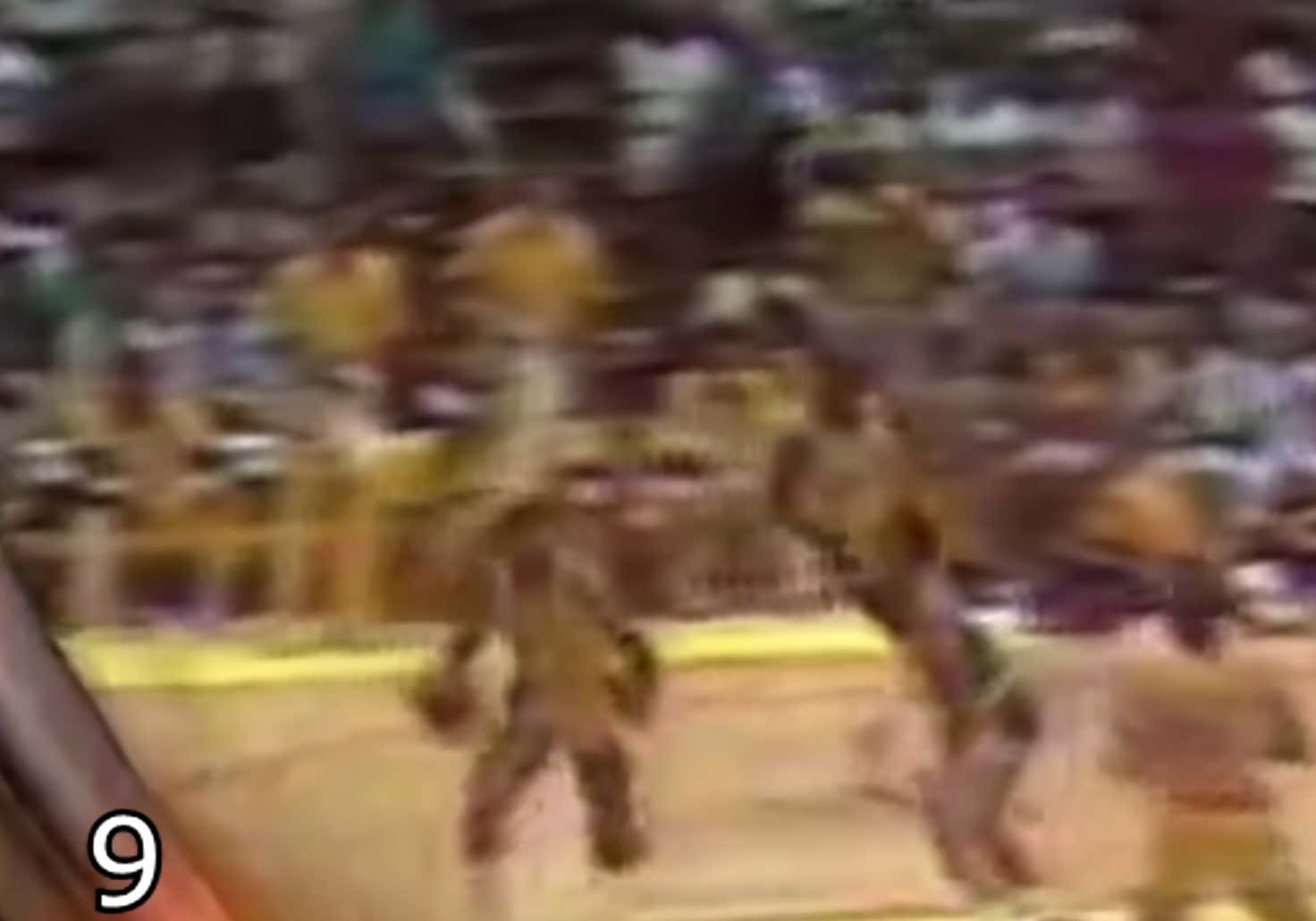 8) This one is somehow just as bad! It's a leak out dunk! Not even a cool dunk. He gets fouled I guess, but this is what your dad looks like when he dunks on your lowered 8 foot hoop in your driveway when he doesn't want to hurt his back. 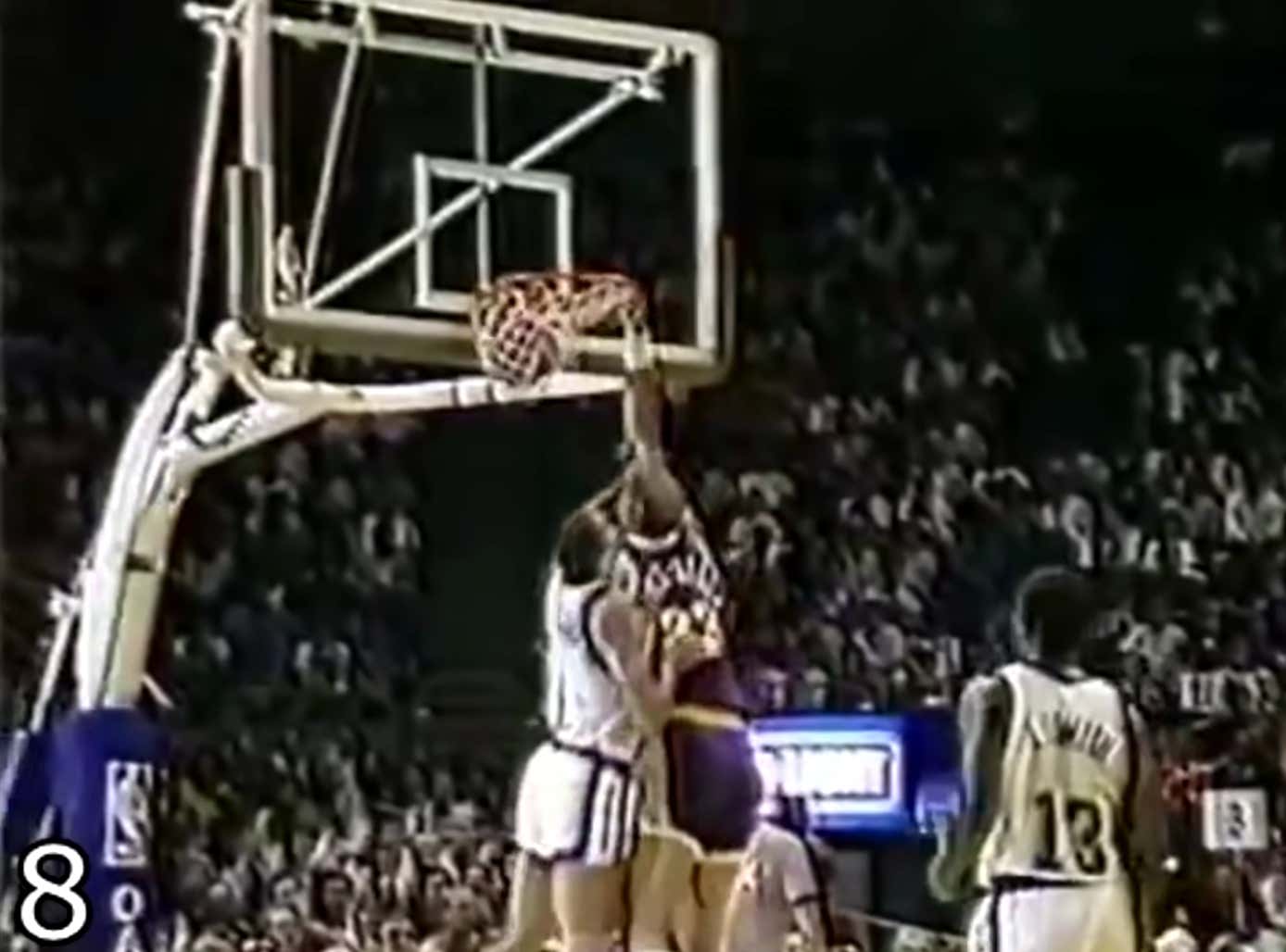 7) This is a sweet pass. No hate whatsoever. From a guy who loves to pass out of the post, I respect this find. 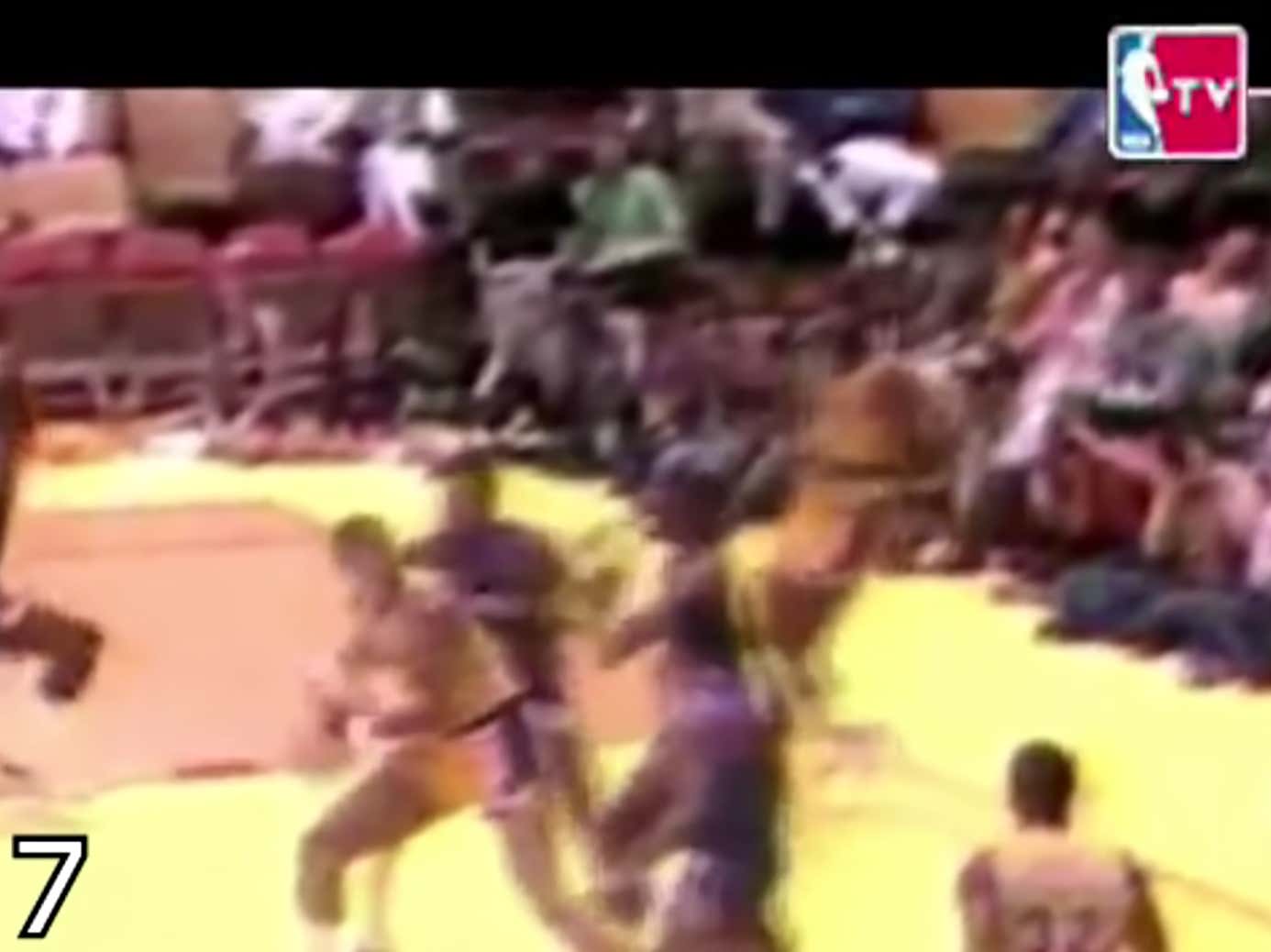 6) A hook shot. Nice post move and hit it, but this is the bucket that broke the all-time scoring record, so while it's not one standup play individually, it's the one the put him over the time. I'm fine with this being here. 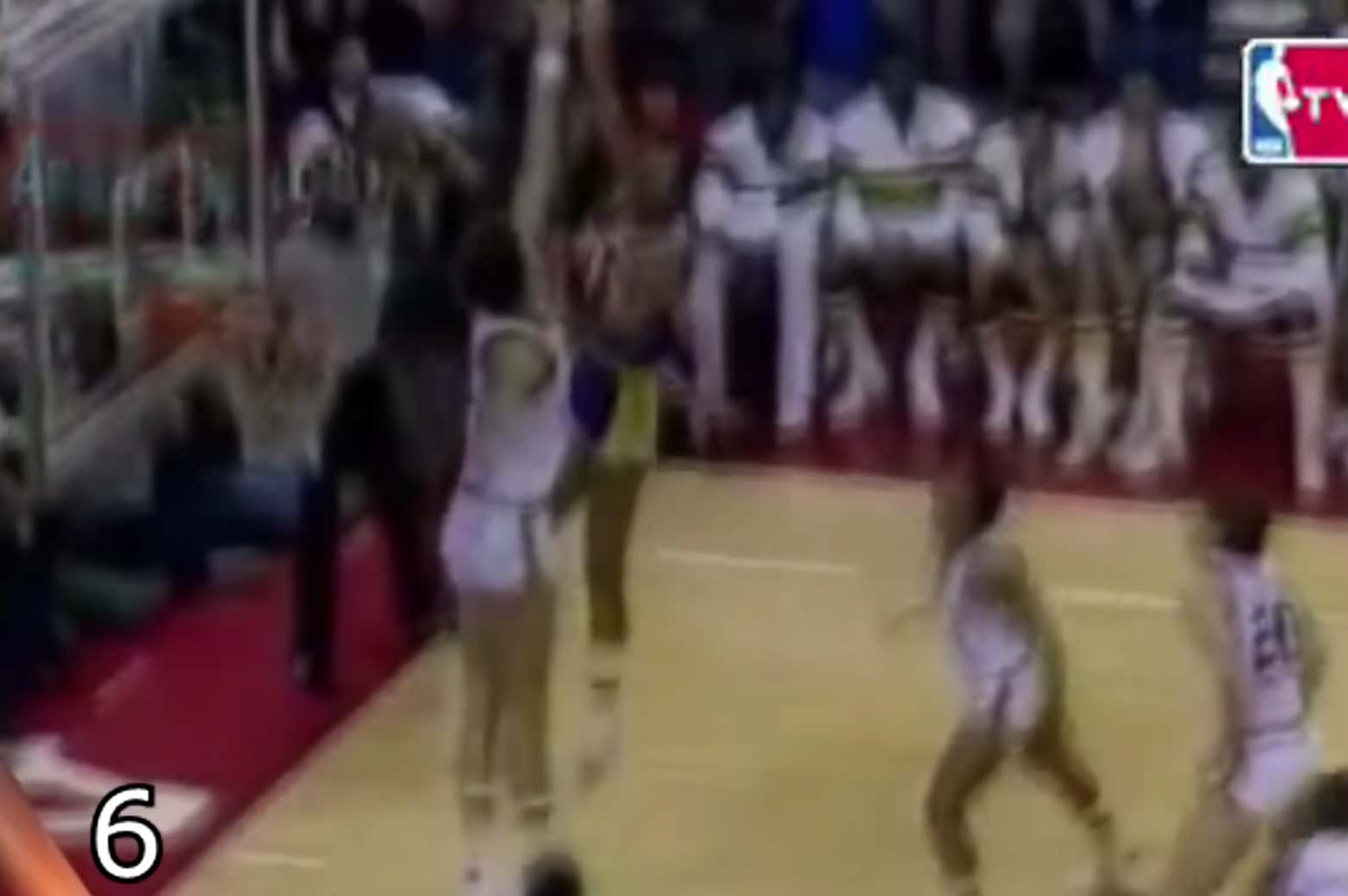 5) This was technically Lew Alcindor I believe, which was Kareem's name before he changed it to Kareem Abdul-Jabbar, but nice flush on Wilt. Worthy placement. This also lived on NBA video tape intros for my whole life, so I've actually seen this one before. 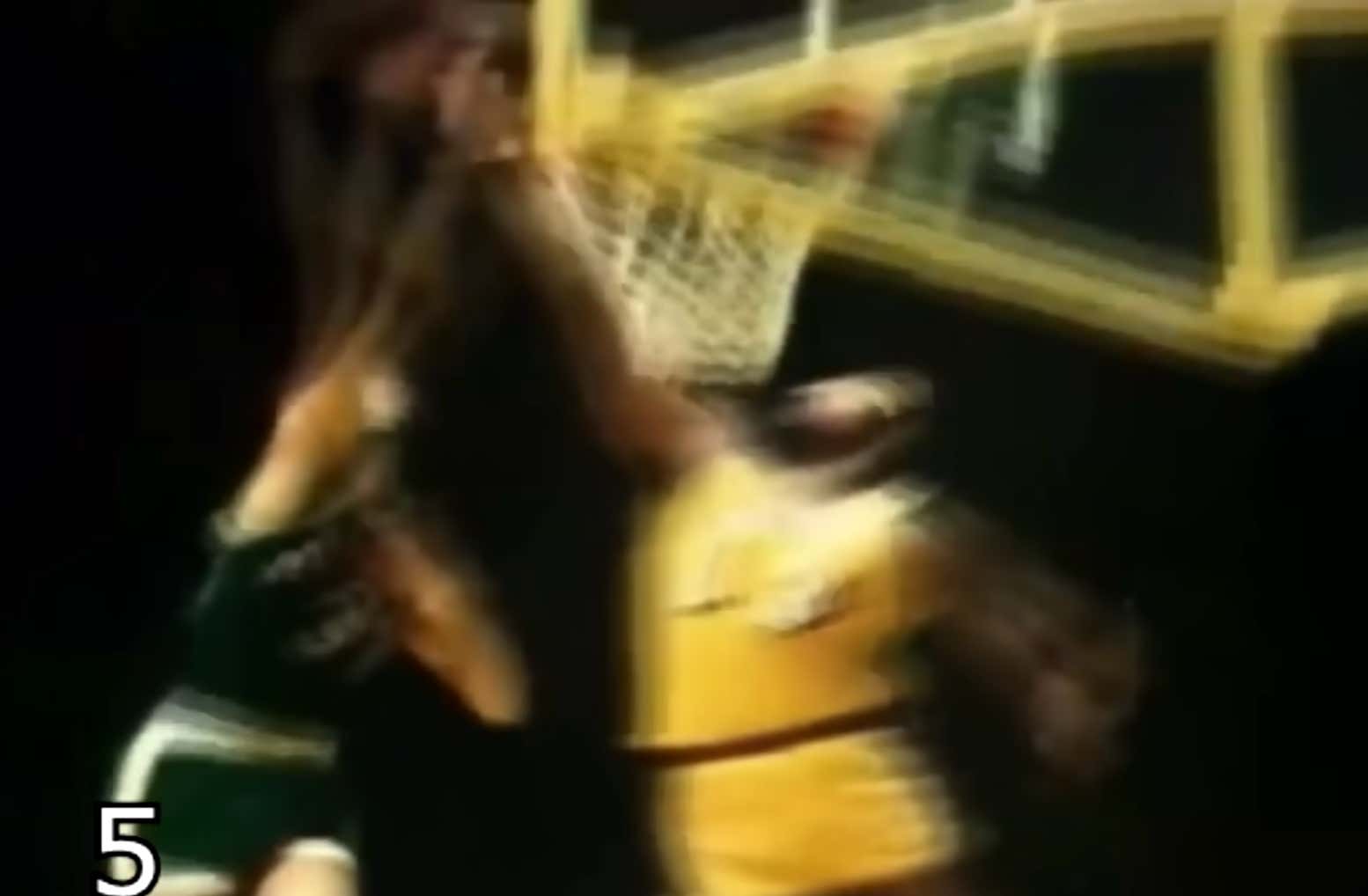 4) This man is shooting FREE THROWS! Yes, it's an NBA Finals game. Yes he hits two down by one with 14 seconds left. It turns out to be the go-ahead points, but what are we doing here? Kobe Bryant's Top 10 had a play from pre-season! Just show me the good stuff! 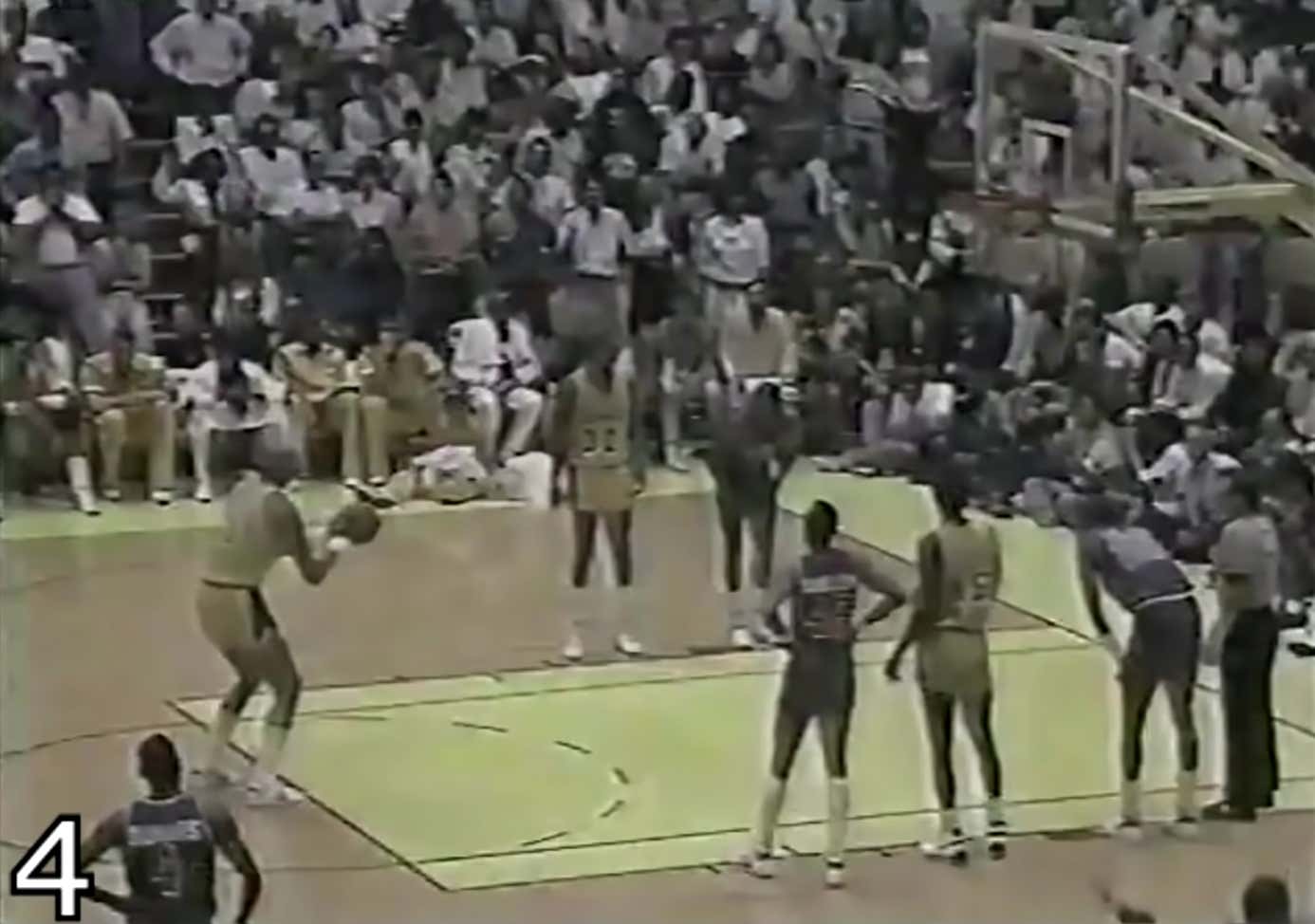 3) Finally! This reverse flush on Larry Bird is actually a cool play. It took awhile, but #3 lives up to the hype! It's also labeled #4 for some reason as well. 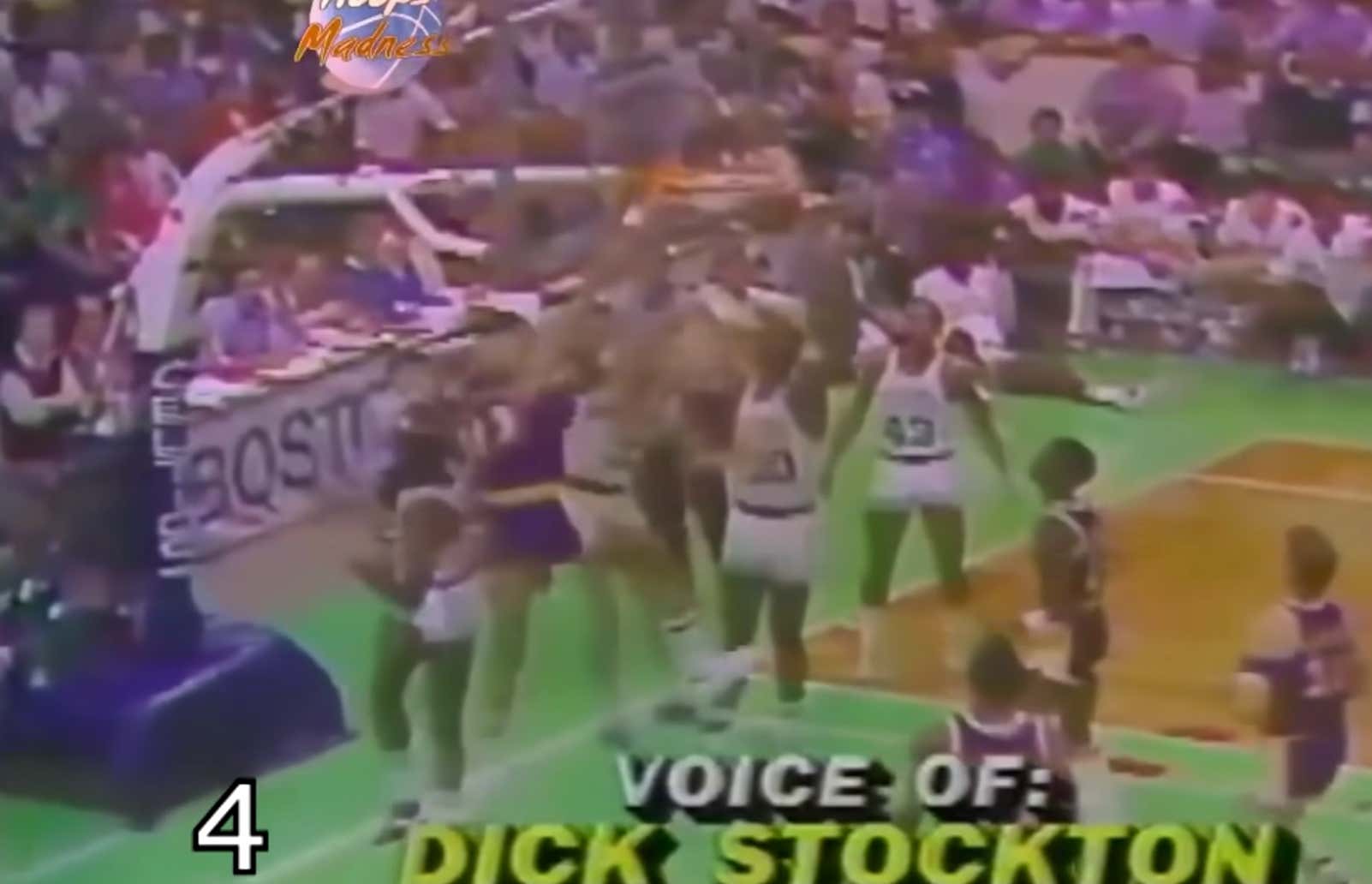 2) Another hook shot. This one is out of a timeout it appears, so a drawn up play. Nicely done, but doesn't exactly get the blood flowing. And the announcer doesn't help. He makes Jake Marsh sound like Gus Johnson. 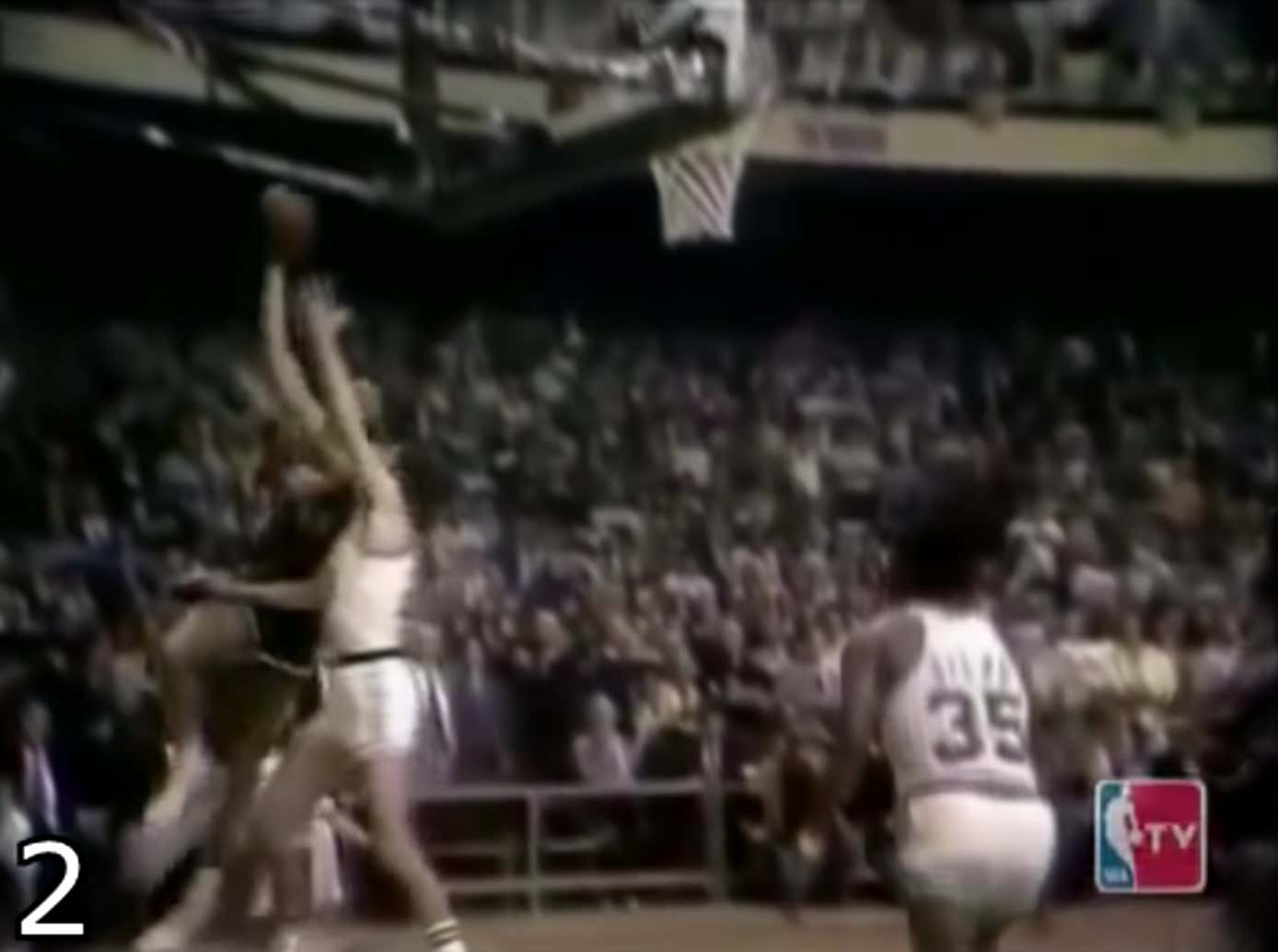 1) Kareem making a deep sky hook to win a game in what I believe was Magic Johnson's first ever NBA game. Magic gives him a hug and that's a nice and dandy moment. But that's the #1 play on this list! 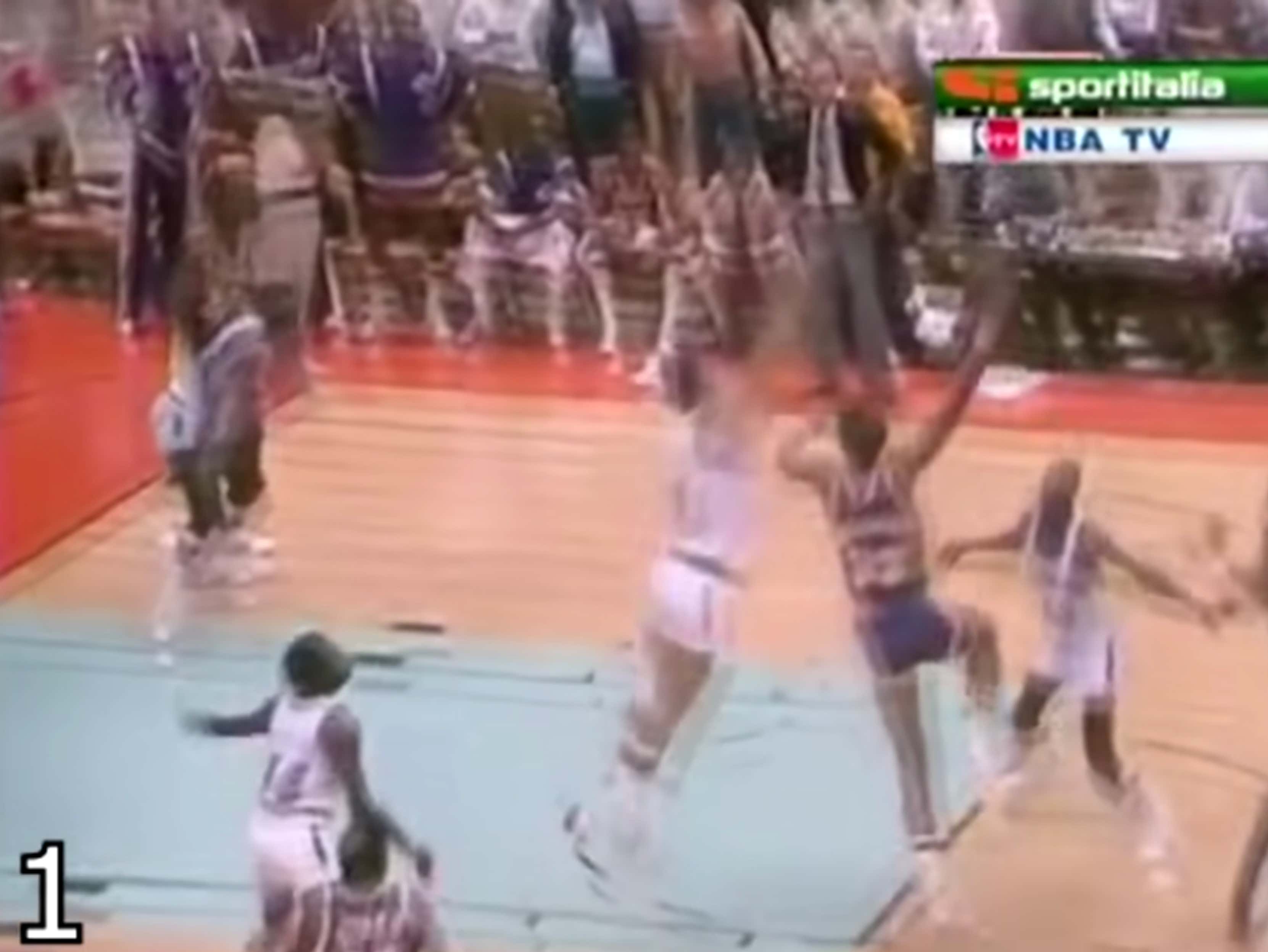 Usually when I get to the end of one of these Top 10 Plays, I'll be thinking, "wow" and really enjoy what I watched. But this was just sad. I would have liked to like Kareem. My son likes him, Larry Bird, and Steph Curry most because they are the A-B-C of the Basketball Legends Alphabet book, but I showed this Top 10 to my son and he was bored after two plays. That will the last Kareem Abdul-Jabbar film we watch in our household. If you want a palate cleanser, check out these Tracy McGrady Top 10 Plays.