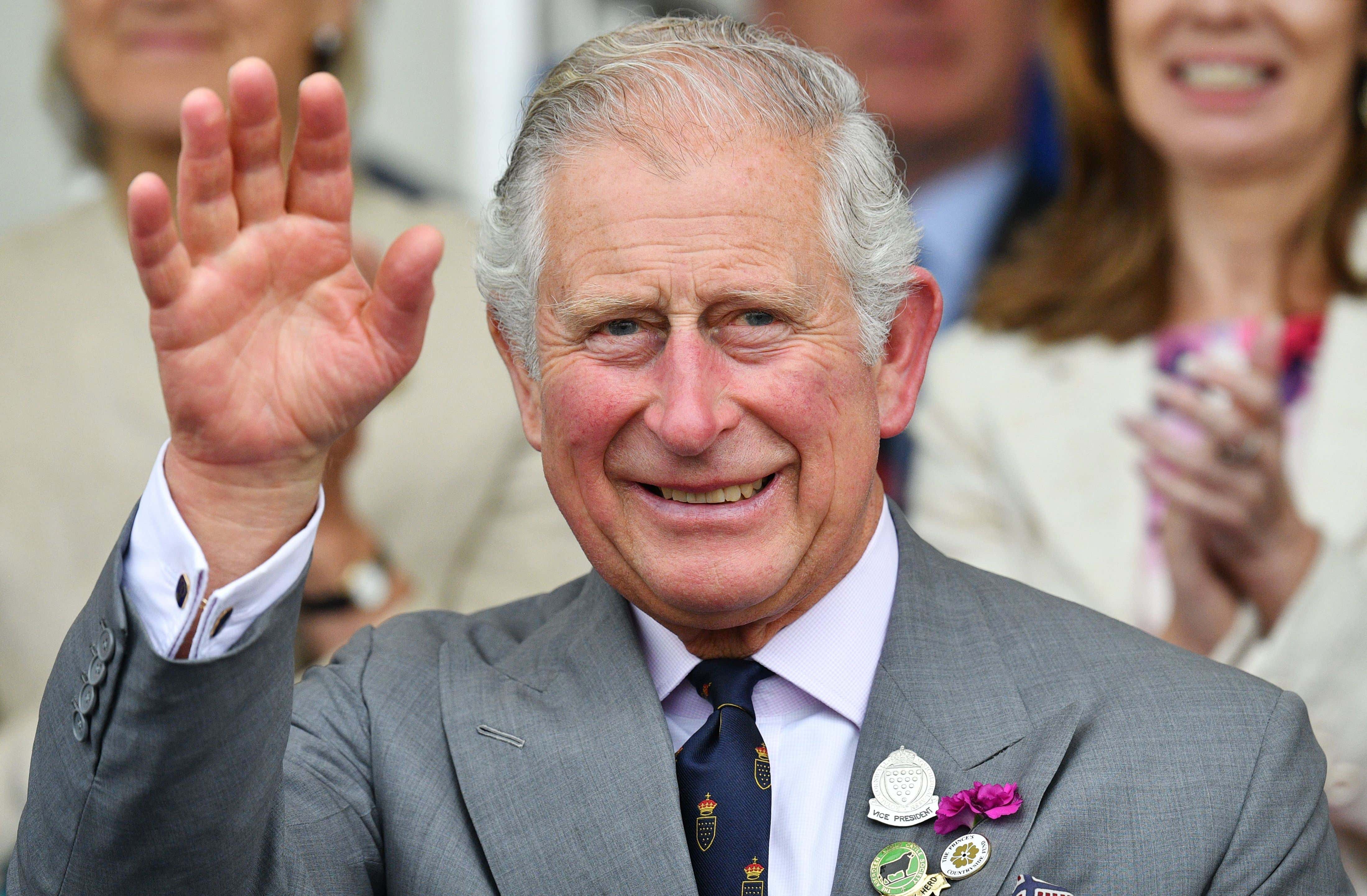 I try to have a healthy respect for tradition and history. But still, like most Americans, the whole British system of monarchy is utterly baffling to me. Why actual elected officials with work to do governing the country have to stop everything to sit down and confer with someone who wears a crown and get their say-so because they were born into some family is beyond comprehension to me, as I'm sure it is to you.

Then again, I look at our system and see we haven't exactly been knocking it out of the park over the last few generations. And I'm into Arthurian legend and Tolkien enough that now I think the best system for all of us is to be ruled by a wise king who wields a sword with mystical powers. And I'm being semi-serious.

That said, in no way does this latest product of the monarchy's genetic in-breeding factory come across as a wise king with a magic sword. Having a healthy respect for his mother was easy. With this jug-eared, upper-crust twit, not so much:

At least it wasn't until I found out what his daily routine is like. In 2015 Amazon Prime released a documentary called Serving the Royals that details the inner workings of the staff who tend to Charles' every whim. And now I'm ready to bend the knee:

Source - King Charles was reportedly nicknamed the “pampered prince” by his staff at Clarence House, where he lived with his wife Queen Consort Camilla from 2003 until he recently took the throne. …

Paul Burrell, who served as a butler to Queen Elizabeth and Princess Diana … shared that King Charles had “everything done for him.”

“His pajamas are pressed every morning, his shoelaces are pressed flat with an iron, the bath plug has to be in a certain position, and the water temperature has to be just tepid,” in a bath tub filled “only half full,” Burrell said.

The king even “has his valets squeeze one inch of toothpaste onto his toothbrush every morning.”

After getting ready, King Charles’ strict morning routine is continued with his breakfast.

"He has six different types of honey, some special mueslis, his dried fruit and anything that’s a bit special that he is a bit fussy about.”

He also supposedly insists his cheese and biscuits be warmed at a certain temperature at the end of meals and makes his staff keep a warming tray nearby. …

King Charles allegedly sends a van of his possessions to his friends’ country houses ahead of his arrival to unload his “bed, furniture and even pictures,” Tina Brown reported in “The Palace Papers.”

He reportedly even brings his own toilet seat and Kleenex Velvet toilet paper wherever he goes.

What the royal fuck? How have I been living all this time without this treatment? I'm actually embarrassed now that the shorts and t-shirts I wear to bed are wrinkly, my shoelaces go unironed, I take showers (mostly at the gym which is gross), and I'm squeezing my own toothpaste. I mean, what am I? Some kind of peasant?

This is the life I was meant to be born into. Instead of cursed to consume store bought bread, cold cheese and room temperature biscuits (when there are biscuits), and one type of honey, if I'm lucky. Just because I was born of a man who maintained the equipment at the phone company instead of ruling an empire is no reason for my royal cheeks to have to touch someone else's seat when I'm dropping a deuce at their house and roll the dice with their choice of shitter paper.

Seriously, how do you not respect a man so willing to wield power he didn't obtain by merit or moral authority? All he has to do is come up with a list of outrageous demands, and his servants must obey. It's incredible. There's zero pushback. And even if there was, all he has to say is, "Listen, serf. You just shut up and do what you're told and keep me fat and happy. What do you think the taxpayers are paying you for?" That is absolute power and he is not afraid to use it. To the fullest.

So bravo, Your Majesty. Any man so willing to abuse his help like this because he has royal blood and they don't might not be the best choice when it comes to relating to his subjects. But he certainly has my respect. All hail, King Charles III. Long may he reign!