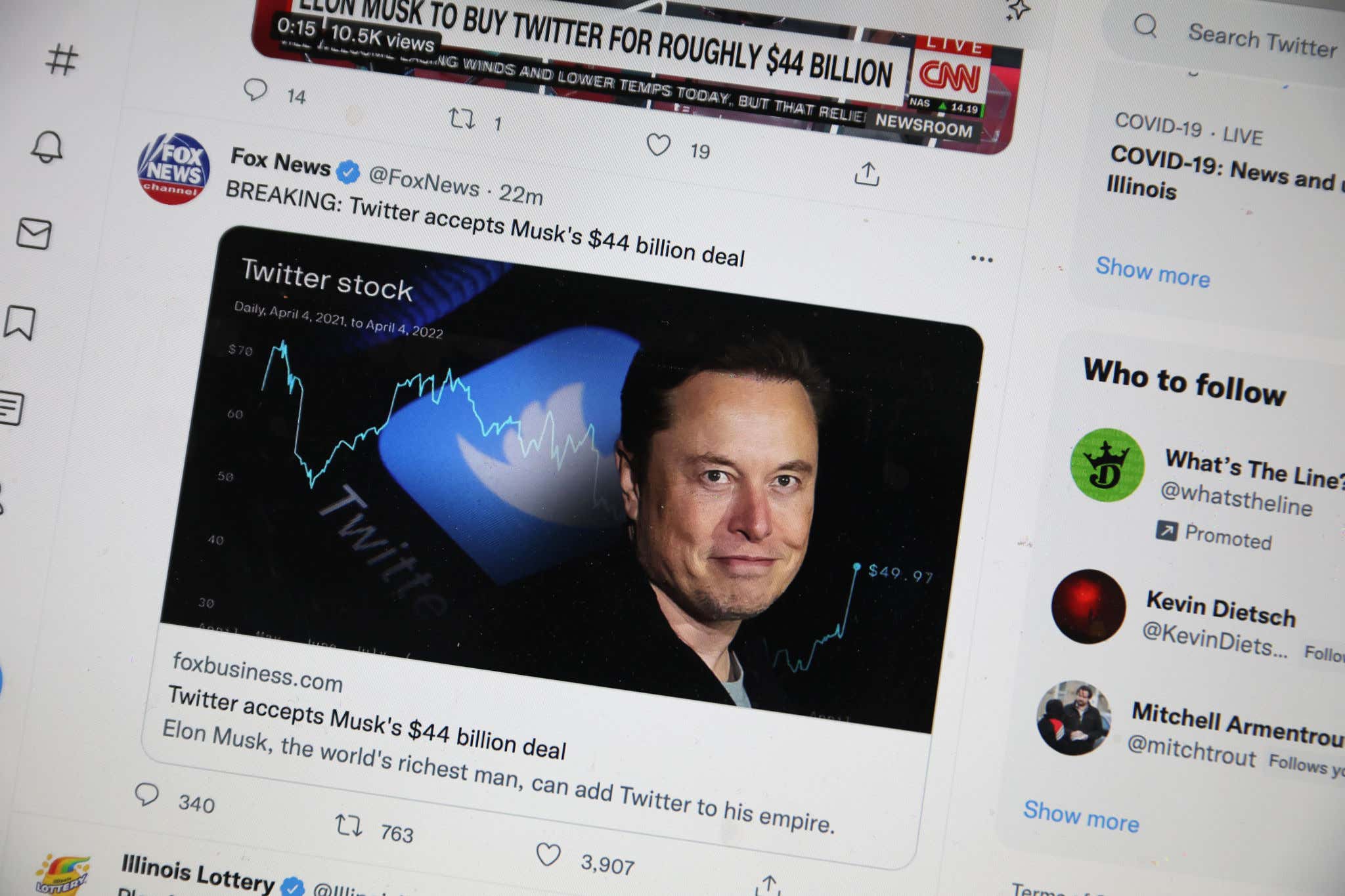 Months ago, Elon Musk wanted Twitter. Twitter didn't want Elon Musk. He then didn't want it, but they wanted him. He said no because he says there are millions of fake bot accounts. They refused to disclose how many, but claimed there's not a lot. He said forget the whole thing:

Then they went to court to see if it he could be forced to buy something he no longer wanted. Then we more or less stopped paying attention.

As someone who has only seen the financial channels between ESPN and CNN on screens hanging from the ceiling at the gym, I have no idea if this is all part of the mating ritual. The standard operating procedure whenever a rich person buys a rich company. But I suspect it only happens with this bazillionaire and this tech platform.

And yet, even with all these months of dramatic back-and-forth, this epic business saga has taken two even weirder turns:

Source - Twitter whistleblower Peiter “Mudge” Zatko portrayed the social-media giant as a cesspool of cybersecurity and privacy risks in dramatic congressional testimony on Tuesday — and even claimed the site had at least one undercover Chinese agent on its payroll.

Zatko, a famed hacker who worked as Twitter’s head of security between November 2020 and early this year, was called to testify after he filed a dramatic whistleblower complaint in August alleging that the site poses a risk to national security. Twitter has accused him of making misleading claims.

The whistleblower claimed in his Tuesday testimony that thousands of Twitter employees — potentially including spies — have access to sensitive user data including private messages, current locations, home addresses and phone numbers.

And according to the journalist who blew the lid off the Harvey Weinstein sexual harassment scandal, somebody is offering big money to find dirt on Peiter "Mudge" Zatko. Which is right on Page 1 of the "How to Discredit a Whistleblower and Save Your Rich, Powerful Ass" playbook:

Which brings this sordid tale back to Musk. Because by an incredible coincidence of timing, Twitter's shareholders picked this moment to accept his original offer:

Daily Mail - Twitter's shareholders have voted in favor of selling the company to Elon Musk for $44 billion, a deal that the billionaire is now furiously scrambling to terminate.

Twitter said that a preliminary tally of the shareholder vote on Tuesday found a majority in favor of accepting Musk's April 25 offer to buy the company for $54.20 per share.

Shares of Twitter rose 2 percent following the vote, to $42.30 -- but remained priced well below the deal terms, indicating high investor uncertainty that the buyout will go through. …

Hours before the shareholder vote, the former security chief at Twitter bolstered Musk's criticisms by telling Congress that the company is plagued by weak cyber defenses that make it vulnerable to exploitation by 'teenagers, thieves and spies'.

To reiterate, I know jack squat about buying corporations. But like a few other people, I have both bought things and sold things. And it would appear that having a company insider give sworn testimony under the pains and penalties of perjury before the Congress of the United States that Twitter has a foreign spy in your midst and that their users' accounts can be easily hacked by middle schoolers, crooks and foreign intelligence is making them what is known as  "motivated sellers."

In layman's terms, this is the equivalent of a couple selling their house trying to squeeze more money out of prospective buyers, only to have the inspection come back saying they've got a termite infestation, toxic waste in the sub-basement, and mass graves out by the pool house. Then suddenly they're willing to sign the Purchase & Sale. And let the new owners keep the ride-on mower.

Or to throw in a sports metaphor, this is a player agent willing to accept your opening offer he was so insulted by after his guy just underwent surgery on his torn rotator cuff.

Like Musk is just going to say, "No data on bot accounts? No cyber security? Chinese spies? AND I get to pay $12 more per share than they're currently worth? Where's my lucky signin' pen?!? Let's get my name on the line which is dotted before this deal gets any sweeter!!!"

So the western world's most influential social media platform appears to be totally compromised, according to their own expert. That is now part of the public record. And now they're trying to pawn it off on a guy who didn't become the World's Richest Man [tm] by spending his money on companies in the early stages of potential public relations catastrophes. I still hope the two sides can agree on a price that makes it worth Musk's while, just because I do believe he's the free speech absolutist he claims to be. But if these revelations from whistleblowers and reports about the efforts to smear them into silence continue, it might be that any one of us can afford to buy it. Stay tuned.