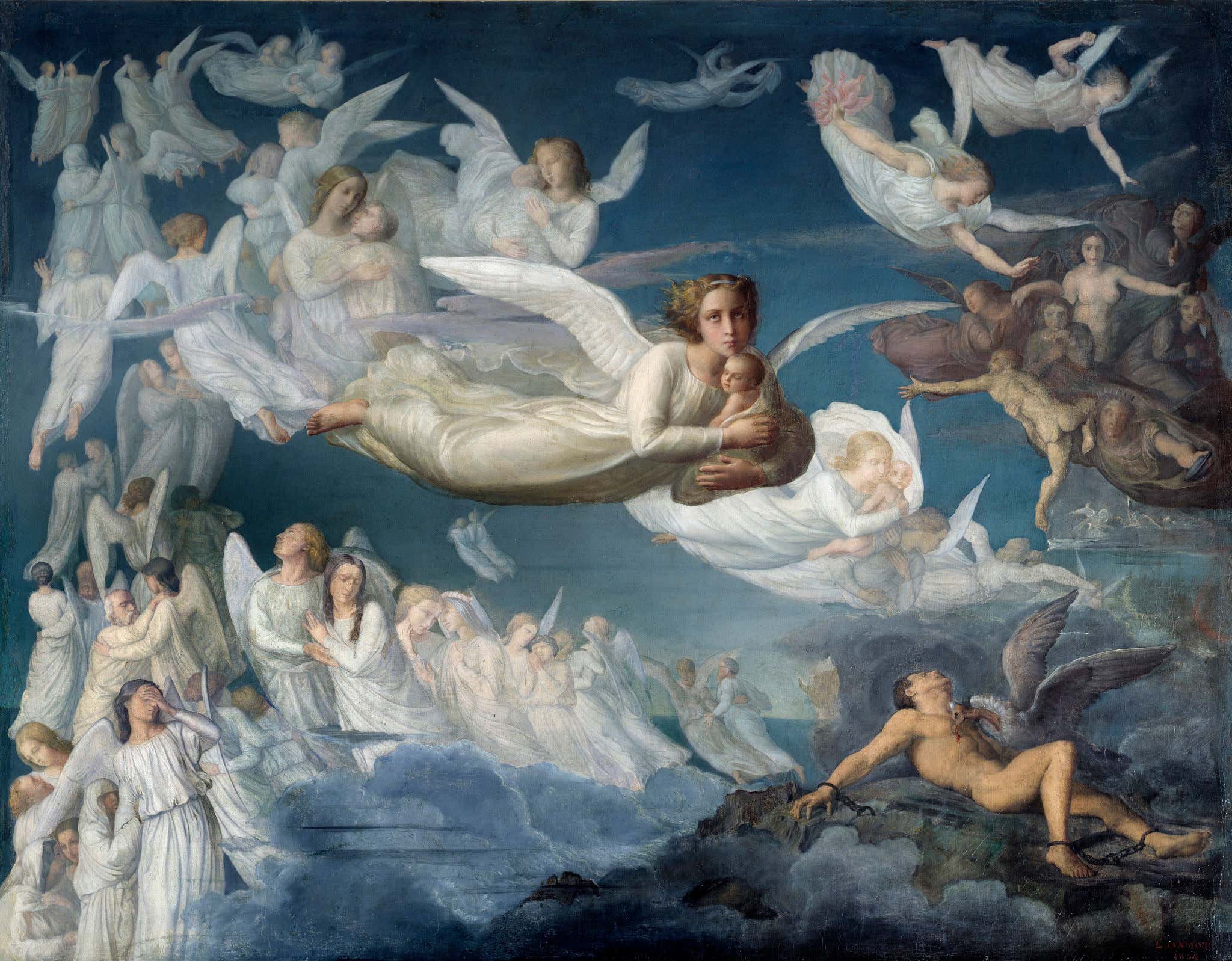 On yesterday's Rundown, myself, Brandon and Nick talked about Queen Elizabeth passing, and a crowd of MMA fans booing her. To which Nick hilariously commented "they are booing a ghost."

That led to an exchange of whether or not you get to be a ghost right away. I believe there is a grace period to become a ghost. Nick and Brandon asked to explain what I think goes down in heaven. It's an interesting question, and I also think they were inquisitive to a peak inside my brain.

Nate grabbed me after The Rundown and also agreed that a peak into my brain is something worth putting on paper. It can also be the ramblings of a madman. Either way, I find it interesting to examine what people think heaven is or what goes down in heaven.

Here's my thoughts on the first four things that happen when you get to Heaven:

The Introduction and Report Card Review with God

This to me is a no brainer. I think the minute you get into heaven, God welcomes you into his office and tells you he's happy to see you (now in some cases he could be lying, but that's his job to make everyone feel good, especially since this is where you will be living forever), he also says Congrats on the accomplishment.

Quick side tangent. What's God's office like? I think he has a very small snow globe on his desk that only he can see into. The snow globe has a view into the depths of hell and every once in a while when he needs a laugh he looks into it, sees how hot it is, laughs at all the Yankee fans down there, and smirks that he gets to live in paradise. His office also has tons of letters from people who needed him most over the years. He saves them in a big box like he was a top football recruit. Pulls them out when new people ask what he's most proud of. He's also got a small mini fridge of strictly Pineapple High Noons. Huge nooners guy that God.

He lets you in his office sits you down and goes over your report card. Listen, God is a good guy but he 100% keeps score. He tells you what you got on the test aka life. What do I mean by this? I think God tells you hey listen, it's a 65 passing grade in terms of how you lived your life. Were you a serial line cutter? Did you curse too much? Did you tell a few white lies? Those all add up and knock off a few points, but you still get to experience heaven. If you did some real bad shit but you got a good heart you may squeak in with a 68. As some real slackers said in college, "everyone gets the same piece of paper whether you got a 4.0 or a 1.5 GPA." That same logic may apply to Heaven.

The Bar with Your Friends

This is easily the best part. God lets you out of his office and the next thing you know all your friends are there with a huge smile on your face to meet you like the scene in Goodfellas when Henry walks out of the courtroom. God sends you off to the bar and it's like the best cocktail hour of a wedding ever. The drinks are cold, all your friends bust your chops, all your old friends pick up right where you left off, and everyone has the time of your life. This lasts like a full 3 weeks before they announce last call. Then you do it again every night.

ps- There's tv's with every game on the planet running nonstop.

The Reckoning of Differences

Now this one is a difficult one. God is a big moral guy. He can't have the locker-room have any squabbles. This means that there may be some people in heaven you had some disagreements with. Some you may be baffled how they even got to heaven at all. This is God's house though and you must play by his rules. Sadly for me this one may take a while.

Essentially God makes you talk it out with all the people you disagree with and come to an agreement to work it out if you are going to live here the rest of your after life. He sends you into a room and you can't come out until you agree to never give a side eye, never disagree on why you fought in the first place, make a comment like "what do you know about loyalty you blew off my 16th birthday to take Susie Adams on a date to Applebee's and she broke up with you a week later." None of that. You come to a full truce or you don't get to stay. Like I said this could take a while for me. I equate it to one of those days where you have the dentist, the doctor and filing your taxes in a 12 hour period. Like running a gauntlet of shit you just don't want to do. I think this phase would take 10-20 years for me and I see some of my meetings ending in a full on submission from the other person. One of those court room scenes where the jury is dead locked. I see a few scenarios with the other person finally saying, "You know what you win. You are right I shouldn't have said "You sucked as Santa Claus" when you volunteered to hand out presents to my little cousins at my family Christmas party." I personally take those as a win.

And that's just with men I don't like. The meetings with past ex's would be far less hostile but i have to know about what led to a few ghostings. I would laugh about it in the end but it's one of those things you gotta know about.

I think after you get through those phases then you finally get your ghost privileges. God gives you a quick tutorial like no really scaring people, no scaring little kids etc. But from there you pretty much have free reign. Want to check in on your old high school? Have at it. Want to go somewhere you never been? Have at it.

So in closing, I think there is for sure a grace period to becoming a ghost. For some it could be as early as a few weeks, for people like me it could be 10-20 years before you get your privileges.