Hand up, I'd never heard of Rivian Electric Trucks until I saw this one helping snip some dude's balls. They've only been produced for one year so far, start at $73K and can go about 220 miles when loaded up on the highway. No word on how many vasectomies it can power, but if I had to guess I'd say this thing could help blast at least 200 vas deferens to smithereens before a recharge.

And I'm not a guy (mustache aside), but I've seen my buddies Clem & Chaps go through this and there is NO WAY I'd roll with this backup plan no matter how much you tried to convince me. Not even if it was my only day off for a year. What if some Austin goofball rollerblading down the sidewalk accidentally trips the cord and pulls it down which then yanks the doctor's scalpel-holding hand and plop, there goes your weiner slapping onto the cold, linoleum floor. Hell no.

Oddly enough I seemed to be one of only few commenters to be immediately repulsed by the idea. Others just had suggestions, legal worries & interview requests: 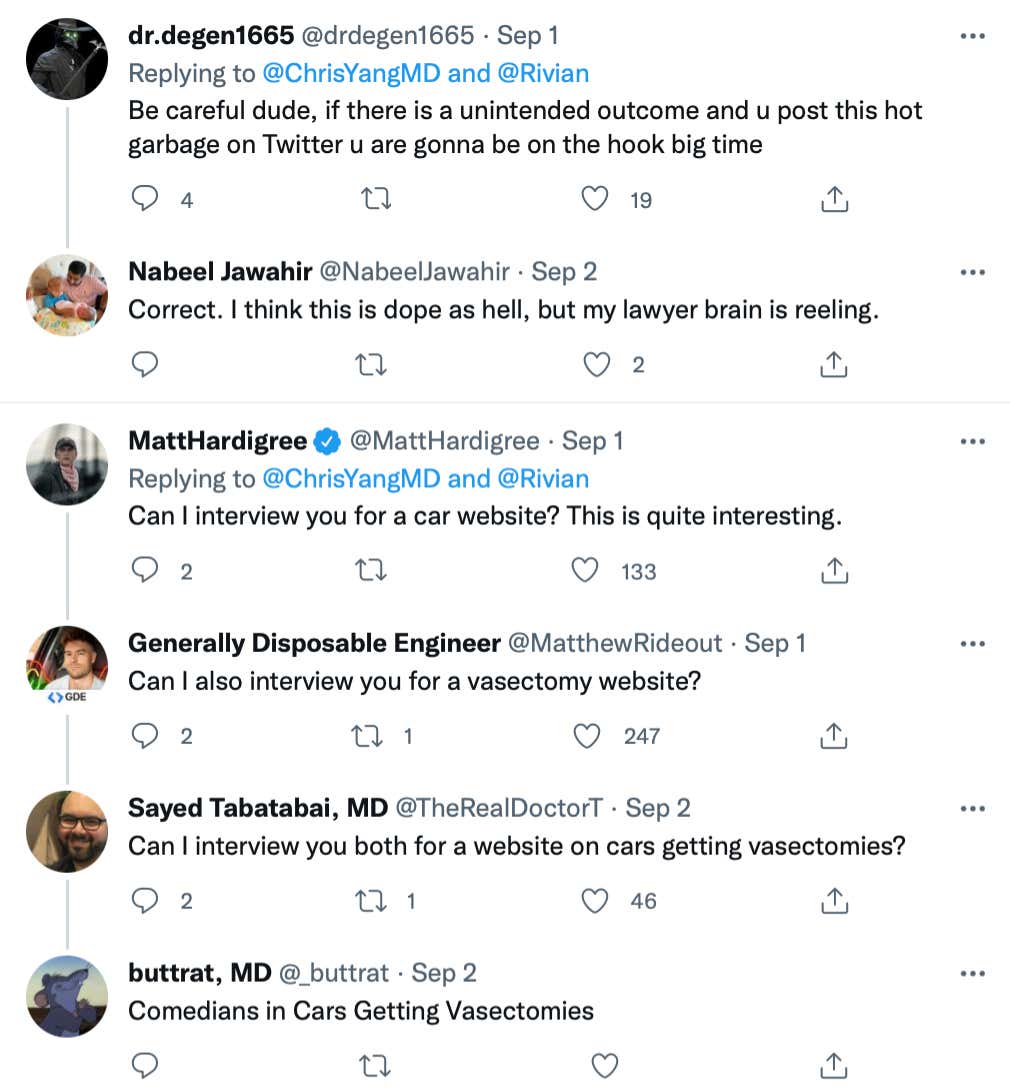 I also wanted to know more about Dr. Yang, but he's only got 8 Tweets over the span of four years, and the only other recent one is 2 years old (and discusses a patient with a multi-day boner!). Guess it makes sense since they say everything's bigger in Texas.

Shout out Dr. Yang for cutting wang with his truck to secure that nut.