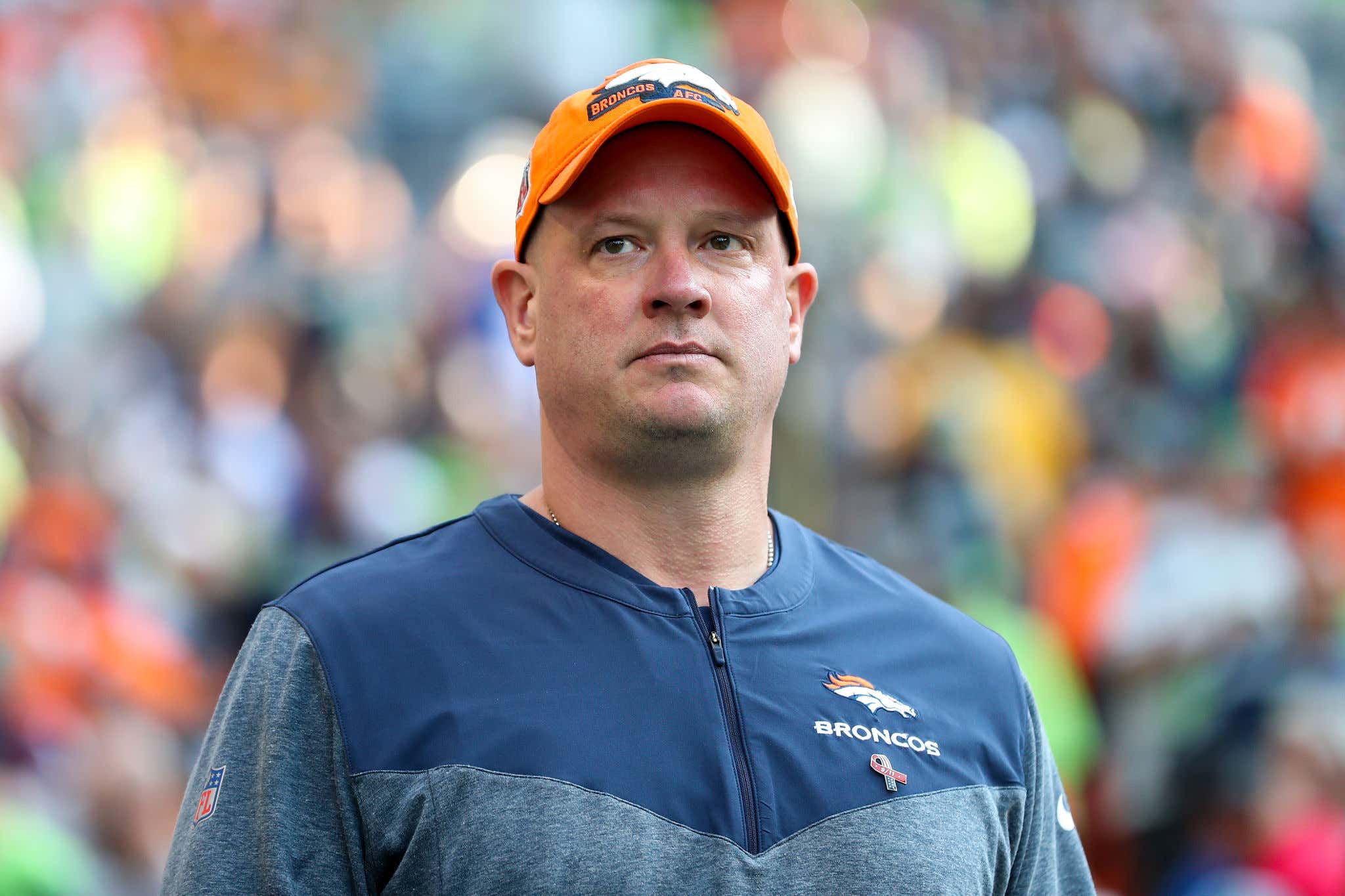 Any conceivable angle you look at this from, Denver Broncos head coach Nathaniel Hackett puked all over himself toward the end of his debut in Seattle.

Shout out to the Sharp Football and Football Outsiders nerds who are already so on top of this with specific data to accentuate Hackett's stupidity. Here's some more data:

I don't understand why people are fixating on the decision not to go for a 4th and 5 and not the timeouts bit of this!! Precious seconds could've easily been saved throughout the last drive. I'm nauseous from how brain-scramblingly DUMB Hackett just was. The play-calling was awful, and burning some timeouts to think through strategy would've done a world of good.

I've seen some bad clock management in my years of watching and covering football, both at the college and NFL levels. This is up there with some of the worst. You have Russell Wilson, who you just paid approximately a bazillion dollars to, with plenty of time, three timeouts left right near midfield, and you dial up shitty plays and burn the clock to 20 seconds to get to a 4th and 5, only to have Brandon McManus attempt a 64-yard field goal in a non-dome/non-Denver altitude-aided environment? In front of one of the loudest fan bases in the NFL? When Russ is trying to get a revenge win against his former team and you can have him completely redeem your boneheaded sequence of clock management?

There was no sense of urgency on that closing possession. Everything about the Broncos' entire night was loose, casual and undisciplined. Denver's players lost their composure in front of the raucous 12th Man crowd, committing 12 penalties for 106 yards. That's a reflection of the coaching staff. Hackett is the man at the top, so I blame him.

Even former Broncos QB legend Peyton Manning was yelling at his TV for Hackett to, I don't know, do something!

Hackett is entrenched as the fourth-best coach in the loaded AFC West division until further notice. He used his final two timeouts while the Seahawks took a knee. What a dunce.

We all know Andy Reid has had his woes with clock management because he just can't help himself and throws the ball way too much. Still, Reid is a perennial AFC contender. Josh McDaniels won four Super Bowls as a coordinator in New England and is getting his second shot at a lead gig in Vegas with much more experience under his belt. Then you've got Brandon Staley, who even with those pathologically reckless fourth-down decisions, I'd still take over Hackett running away!!

We all shouldn't overreact to Week 1 in most cases. Hackett walked himself right into extreme take territory with this shit. Sorry Broncos Country — good luck riding with this fookin' guy.