On Sunday designer Joel Alvarez closed out New York Fashion Week with a show that I'm covering purely to pander to our audience for clicks because I care about fashion and art.

The hot and sticky showcase was part of the sold-out Black Tape Project, an unconventional sartorial initiative dreamed up by self-proclaimed body tape “pioneer” Joel Alvarez.

The so-called “King of Tape” premiered his latest line of tape-based swimwear at the Angel Orensanz Foundation in Manhattan Sunday night, mesmerizing audiences with his minimalist designs.

Below are some examples from Alvarez's show mixed in with other posts involving hashtag #blacktapeproject so that you get the idea.

If you're someone with lady-bits maybe your'e thinking, "Do… do they tape right over the flaps? How do they get that off? That's got to sting a little, right? Especially because our right flap is a lot longer.. so - is he taping that, like, under somehow to even things out? I have so many questions."

If you're someone with fella-parts maybe you're inspired.. "Damn, I hate my job in sales so much. Maybe if it's not too late and I could be a sex tape artist like Alvarez???"

So here's an excerpt from his Black Tape Project website that gives you an idea of how he landed this gig after living in his car & then finding a cigar box his grandfather left behind with $26,000 & then buying a camera Canon Rebel XTI with a cheap lens kit with some of that money in case you want to follow the same path:

As time went on and I began to develop my skills, I started working with local Miami models from Myspace, Model Mayhem and the girls from Hooters in my town.

Within the first few months I was getting published in local magazines all the way up to Maxim and Playboy (still using the same cheap Canon Rebel!). One day an out of town model booked me for a shoot and on our last look she pulled out a roll of tape and asked me to tape her. I had know idea where to start or what she was expecting. So again i just jumped head first and started taping her. The design was so incomplete and extremely tight. She looked like the Michelin Man who lost a fight with rubber bands. I kept at it because I kept seeing lines and I found the ability to compliment the body by adding lines and creating negative spaces that called to the viewers.

Within a few years I was working at local Miami clubs taping 6 dancers, 3 or 4 nights a week. I had to work fast and make designs that wouldn’t fall apart when they danced, this is where I developed most of my techniques. 15 years later here I am. A self-taught photographer, artist, and entrepreneur. I've managed to make a business off of my ideas and concepts for almost 2 decades.

Fast forward a few years later to one beautifully sunny day on the island of Haiti where I had the pleasure of working with former Miss Puerto Rico for a charity event. After I created the design on her I posted the short clip on social media debuting the metallic gold tape and within hours it went viral. Until that point, no one had seen anything like it and it received over 10 million views overnight. The calls and emails started pouring in and my life changed yet again. It's safe to say that The Black Tape Project has saved my life and now I am able to provide for my family, my circle and myself.

Alright, it probably won't pan out like that for you, but don't get jealous yet. Alvarez, too, has his struggles, as does any artist. In his case, it's that he cannot post his art without getting reported, and thus must blur his work and fight constant attempts at banning him. (In fact, Instagram won't even let me post anything from his social media, and same with most of his models, and will only give me these messages:) 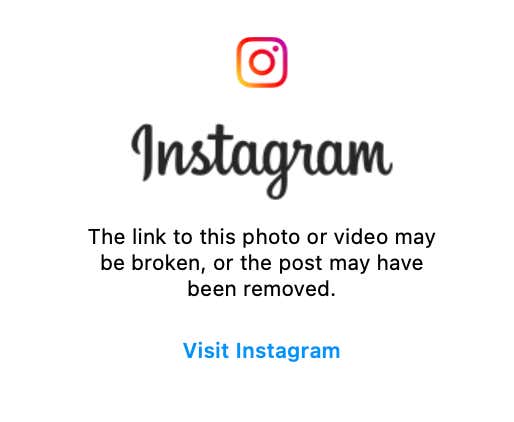 On top of that, he's got haters. Some are saying that what Alvarez is doing is not "art" or "fashion" at all, and he's just a hack who figured out a brilliant way to work with gorgeous women in a very intimate way.

As a hack blogging about it I say that's absolutely not the case & honestly the designs are pretty cool. If he's ever in need of a model I volunteer as tribu… ah wait.. I have to pee like every 5 minutes these days. How the heck would he deal with that, on account of all the ta… ah. Got it.