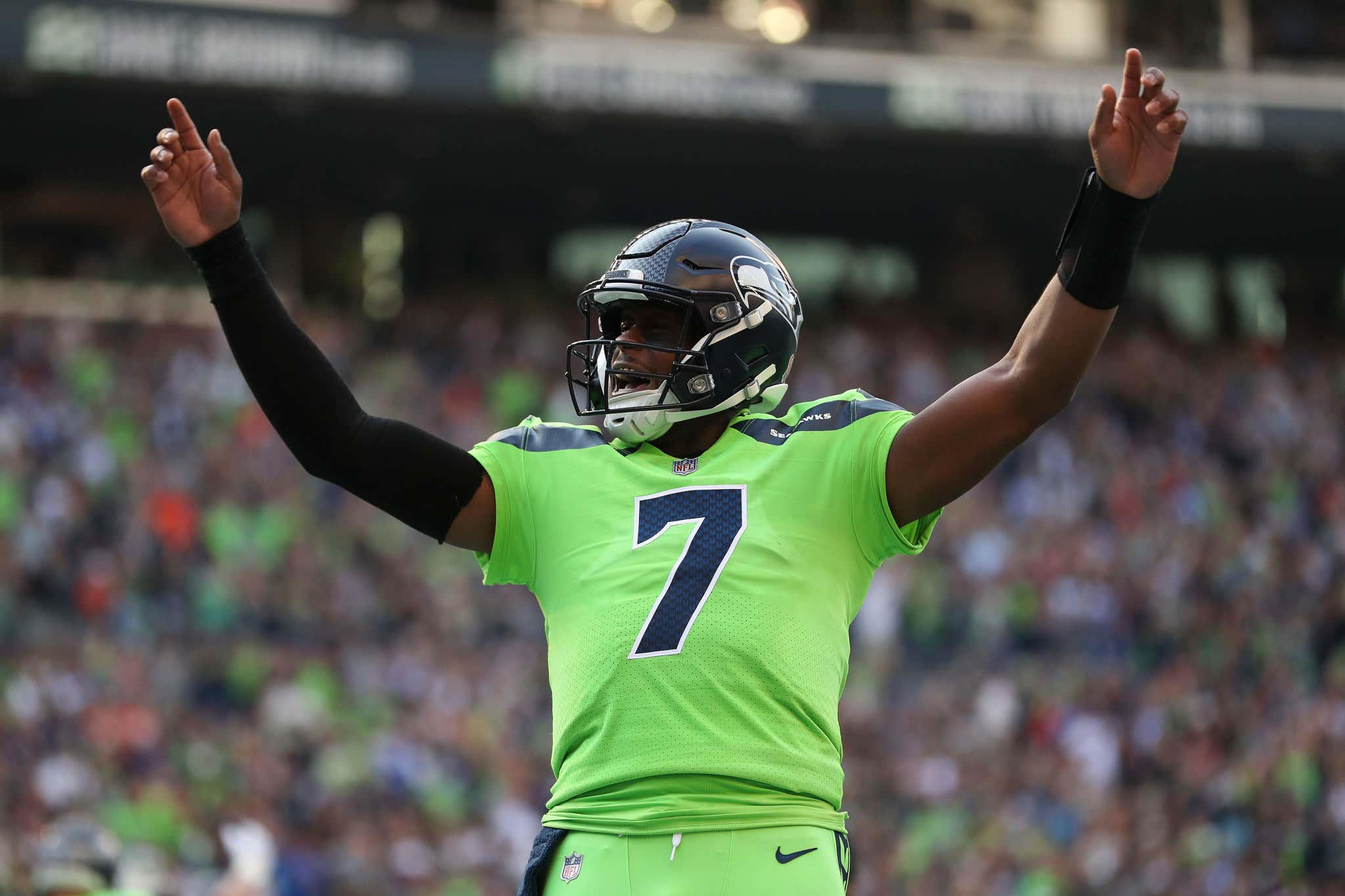 For anyone who believes Russell Wilson is as authentic as a $3 bill, it was a good night.

Turns out, Geno Smith is a very much for real, stone-cold baller, who looked like more than a capable replacement for the former Seahawks quarterback who went full heel and demanded a trade to Denver. Maybe we underestimated Geno when he began his NFL career with the perpetually maligned Jets. In his third year with the Seahawks, he's coming into his own to say the least.

Look at some of these numbies and anecdotes from Smith in the early going:

Hot DAMN. On the opening scoring drive, Smith shrugged off a sure sack and hit Will Dissly for a long TD, and later dropped a downfield throw right in for Colby Parkinson to find pay dirt:

Did Seattle's offense sputter in the second half? You bet it did. After a while, did rookie left tackle Charles Cross become overwhelmed with Broncos pass-rusher Bradley Chubb? Yup, that happened too. SO WHAT!? The Seahawks are supposed to suck and be among the NFL's worst teams. Who would've thought Geno Smith would look like Tom Brady for a full half of football in prime time against a reputable defense? You're lying if you saw that coming.

In the end, Smith completed 23 of 28 passes for 195 yards, two TDs and a 119.5 passer rating, while Wilson was 29-of-42 passing, 340 yards and a score. Only a 101.3 rating. BOOM sucks to suck, Russ. And Smith dropped the mic when discussing the victory and those who doubted him afterwards:

The wildest thing about the game, though, is the fashion in which Seattle and their 12th Man fans got the last laugh in a Lumen Field steeped in pandemonium all evening long.

Remember how Russell Wilson threw that goal-line interception in the Super Bowl against the Patriots? Well…in an eerie bit of, I don't know, poetic justice (?), he watched Melvin Gordon and Javonte Williams fumble the rock away just before reaching the end zone.

Denver was moving the ball on the Seahawks with ease all night. Throw out dubious officiating on a few plays…Russ was DangeRuss on third down in particular. Case in point:

Once the windows tightened in the red zone, though, the Seahawks had that classic bend-but-don't-break defense on lock. How weird is that, seriously? For Russ to be that close to breaking the game open against his ex-team, only to watch two different ball-carriers basically fuck it up for him? I'm surprised he didn't demand to throw the ball once that first one happened.

That's about as bad as it gets. What in the name of all that is holy were Hackett and Wilson thinking? The most hilarious thing: Hackett decided it was a great idea to use the timeouts once Brandon McManus missed his impossibly long kick and the Seahawks were kneeling the fucking ball.

If you Googled, "NFL coaches who are in over their head" tomorrow, I'd be shocked if Hackett's name wasn't first to pop up. Be sad for Jersey Jerry. Sad day. Bad day. Catastrophe for the start of the Broncos' Russell Wilson era.

Pretty chilly exchange between Pete Carroll and Russ once it was all over, by the way 👀…