According to Matt Shearer of WBZ News Radio, Stow, Massachusetts has a major problem. Out of all 351 municipalities in a state with 1,073 Dunkins, Stow now has ZERO.

First off, I love that his filmography captured "the essence" so perfectly: 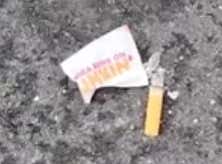 Second, everyone he interviewed was perfect; Elizabeth the jaded local shop worker, the woman beefing with the bee mid-interview, "those bast-ahds" guy.. They're all suffering in this 'Dunkin Desert' & dealing with the struggles of having to go further down Boston Road to Maynard.

And speaking of "further down Boston Road", Matt is also responsible for this doozy from June when Market Basket in Treble Cove Plaza shut down forcing locals to flood all the other nearby Market Baskets.

In response to his Dunkin story locals were quick to spill the tea on why at least one of the two stores there went defunct, and apparently it boils down to a crappy landlord who's refusal to fix water issues pretty much killed the whole plaza.

Also, I'm glad I wasn't the only one to notice the clip with the landlord's signage as they seek a new tenant. "Are you a chef who loves stereotypes and is also probably a huge pervert? We've got a space for you": 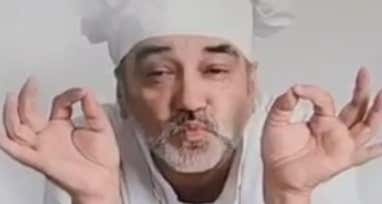 Hopefully our old pal Dutch Smith & the other Shamokin, PA legends from the 2016 classic Dunkin news story see what Stow, MA is going through and are able to reach out with tricks & tips for getting by: