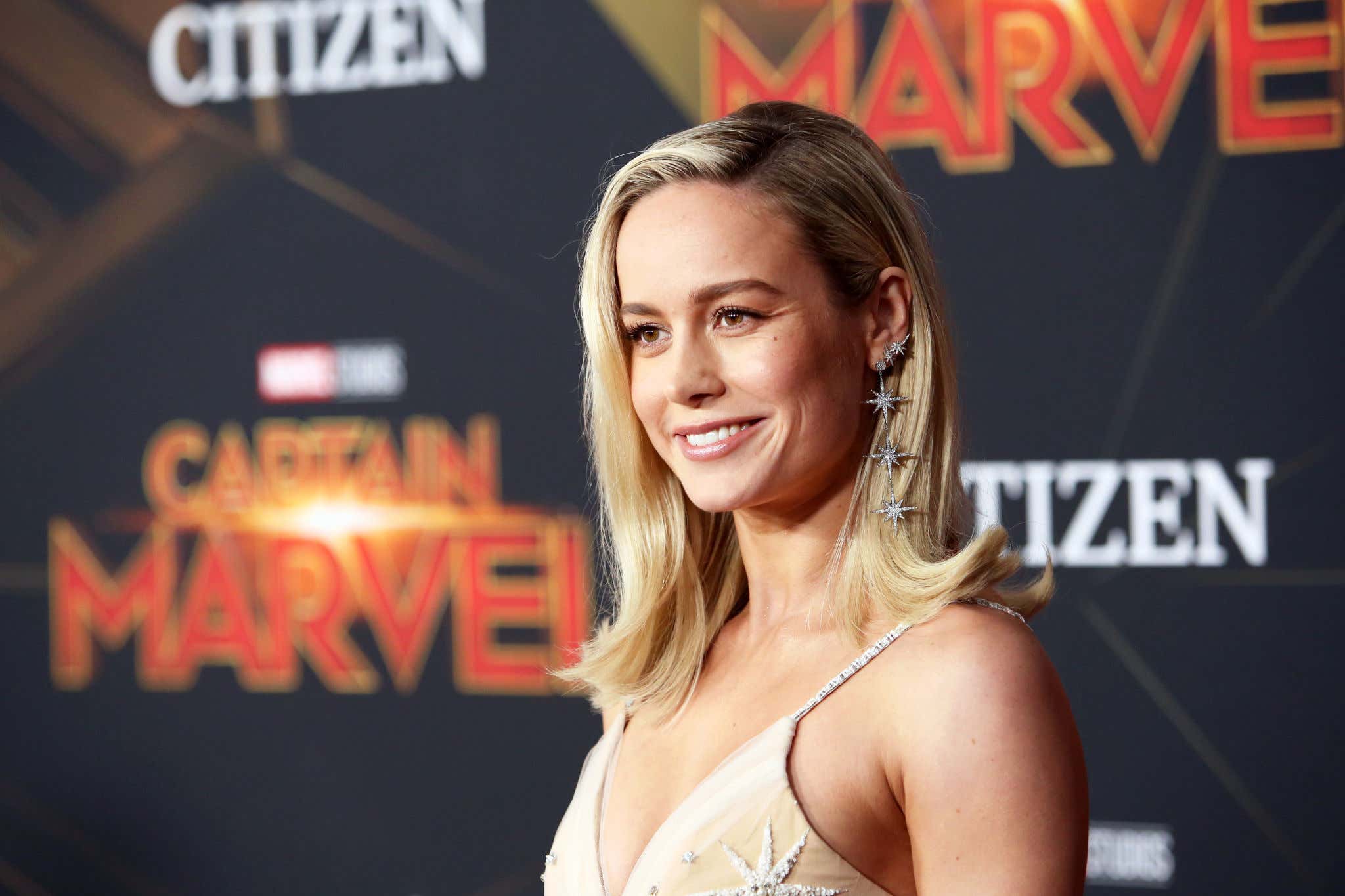 Alright…listen. Can everyone just chill out when it comes to putting superhero characters on blast? I know they're public figures, celebrities, "boohoo for them!" you might say, etc., but damn. Brie Larson is a fantastic, talented actor who's caught so much heat for playing Captain Marvel that she's just about over it all. Can't really blame her. Although Larson has downplayed the vitriol hurled at her by fans because of certain feminist views and mere existence as a high-profile woman, you can only insulate yourself so much from the Internet at large.

I don't think the Marvel Monolith has done an outstanding job serving Larson's character throughout the MCU. Her solo film was set in the '90s and felt more like something that had to be shoehorned into the larger, overarching narrative. It was breezy, a little shallow and perfunctory-feeling, just so that you knew Carol Danvers/Captain Marvel a little better before she pulled up for an epic DEUS EX MACHINA moment in Avengers: Endgame.

As the Honest Trailer's incisive analysis highlighted, Larson's acting task in Captain Marvel wasn't an easy one: Playing someone dealing with a bunch of misogynist energy, as everyone insists she's being too emotional, all the while having to act like she isn't all that emotional. It created a lot of confusion.

That the movie exceeded my expectations and made $1.128 billion at the global box office in spite of all that is a testament to Larson's chops and how she can carry a big-budget blockbuster. No slight to that specific film's writers/directors, either. They have parameters and marching orders they have to follow from the even-higher-ups at Marvel.

I don't think we've even come close to seeing the full potential of Captain Marvel or Larson in the role, but now it sounds like she could be bowing out once The Marvels comes out in July — save for, maybe, more crossover cameos in the Multiverse Saga, particularly in Avengers: Secret Wars.

Look, do I 1,000% agree with every public point of view/perception Brie Larson has ever had? No. But how often is that going to be the case with any given person? And how do people get to a point where they're so bothered by it that they go out of their way to lash out at her? Would they rather a fellow human be more hardline feminist like Larson, or be too far on the opposite side of that philosophy? Weird energy if you choose the latter option. If that's, like, the worst thing about a person that you don't even know, that doesn't seem so terrible but maybe that's just me.

This is how you get angry trolls review bombing Rotten Tomatoes audience scores. Captain Marvel was a commercial and critical success (79% on the Tomoatometer), yet the audience score was at 45%. Come on now. Credit to Brie Larson for taking the high road when she could just dunk on everyone all day every day by doing this:

I can see why an Oscar winner like Larson might want to move past Captain Marvel from an acting standpoint, too. While multiple tentpole movies offer a steady, well-paying gig where you can explore new ground over a long run, it seems like the MCU doesn't really know what to do with her. That premise of exploring new ground feels flimsy at the minute. And that's kind of a bummer. Larson only has so much time to spend on projects, with truckloads of scripts flying across her desk all the time. You gotta weigh what you're passionate about vs. taking a job for money that might not be as creatively fulfilling. Uptown problems to be sure, but this reminds me of Ben Affleck stepping down as Batman. The one and only Batfleck explained that someone who felt more strongly about the Caped Crusader deserved the writing/directing/acting gig of a lifetime.

Feels like superhero fatigue is becoming more of a real thing not just for fans but for creatives as well. Don't get me wrong, I get hyped for the vast majority of Marvel and comic book adaptations, hence me blogging about this. However, the Disney+ series have felt uneven across the board. I imagine between that and all the undue criticism she's received, Larson has begun questioning what other avenues she could explore without the weight of a franchise on her shoulders.