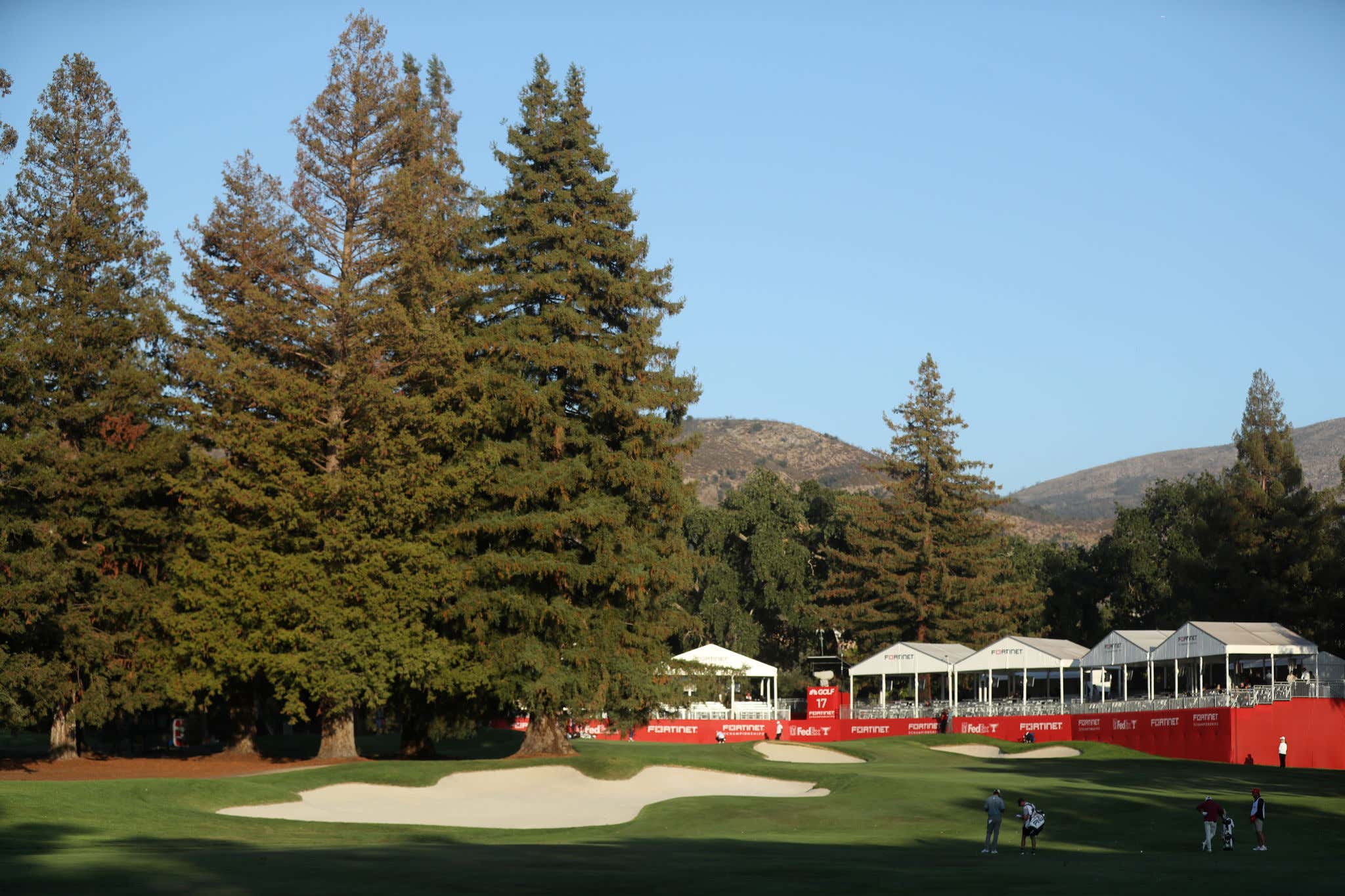 We've barely caught our breath from the Tour Championship but the show goes on.

PGA Tour season 2022-23 is kicking things off in wine country with the Fortnite Fortinet Championship. This is a stretch of the schedule with fields typically filled up with PGA Tour grinders who are eager to gain those valuable FedEx Cup points early. Lot of guys who recently earned their Tour card and are looking to make sure they stick around. Also, unique to this event this year is that it's being used by a few as a President's Cup tune-up.

Last year's event was won by Max Homa, who fired a Sunday 65. This 15-foot slider he made for birdie on 17 was the difference as he beat Mav McNealy out by a single stroke. 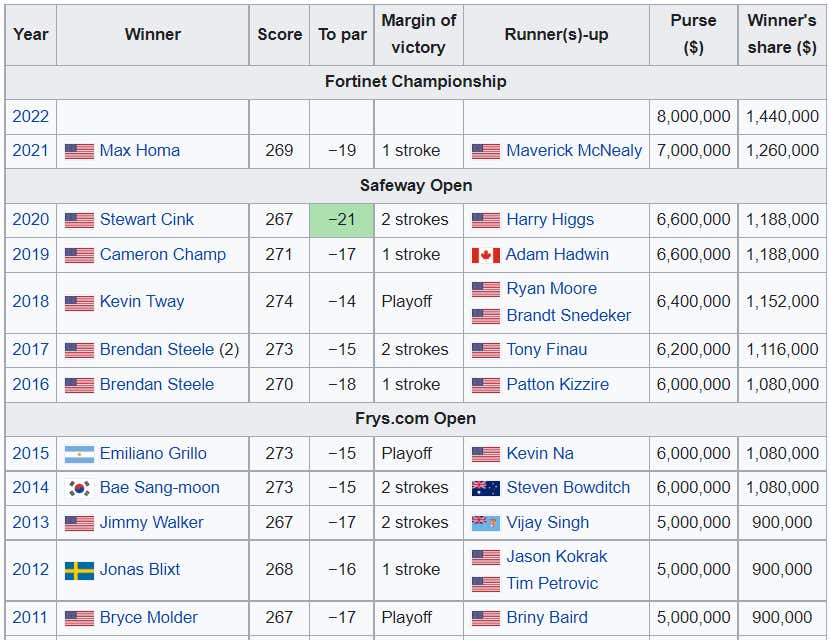 The North Course at Silverado is a par 72 measuring 7,123 on the scorecard… not terribly long by any measure. Opened in 1966 as a Robert Trent Jones design, this has been one of the great birdiefests on Tour ever since this event moved here in 2014.

While the fairways here are some of the narrowest on Tour, that's hardly proven to be a defense for this course. Statistics have showed year in and year out that the scoring gap between those who miss the fairway and those who don't are among the 10 smallest margins on Tour. Because of that, players are hardly discouraged from pulling driver, which is how you get a bomb and gouge winner like Cam Champ a couple years ago. 9 of the 10 par 4's measure between 360 and 436 yards, which means driver/wedge is the name of the game. Gonna be a ton of approaches inside 150 yards. Just about anyone in this field is gonna have a chance, so don't be afraid to target some longshots. 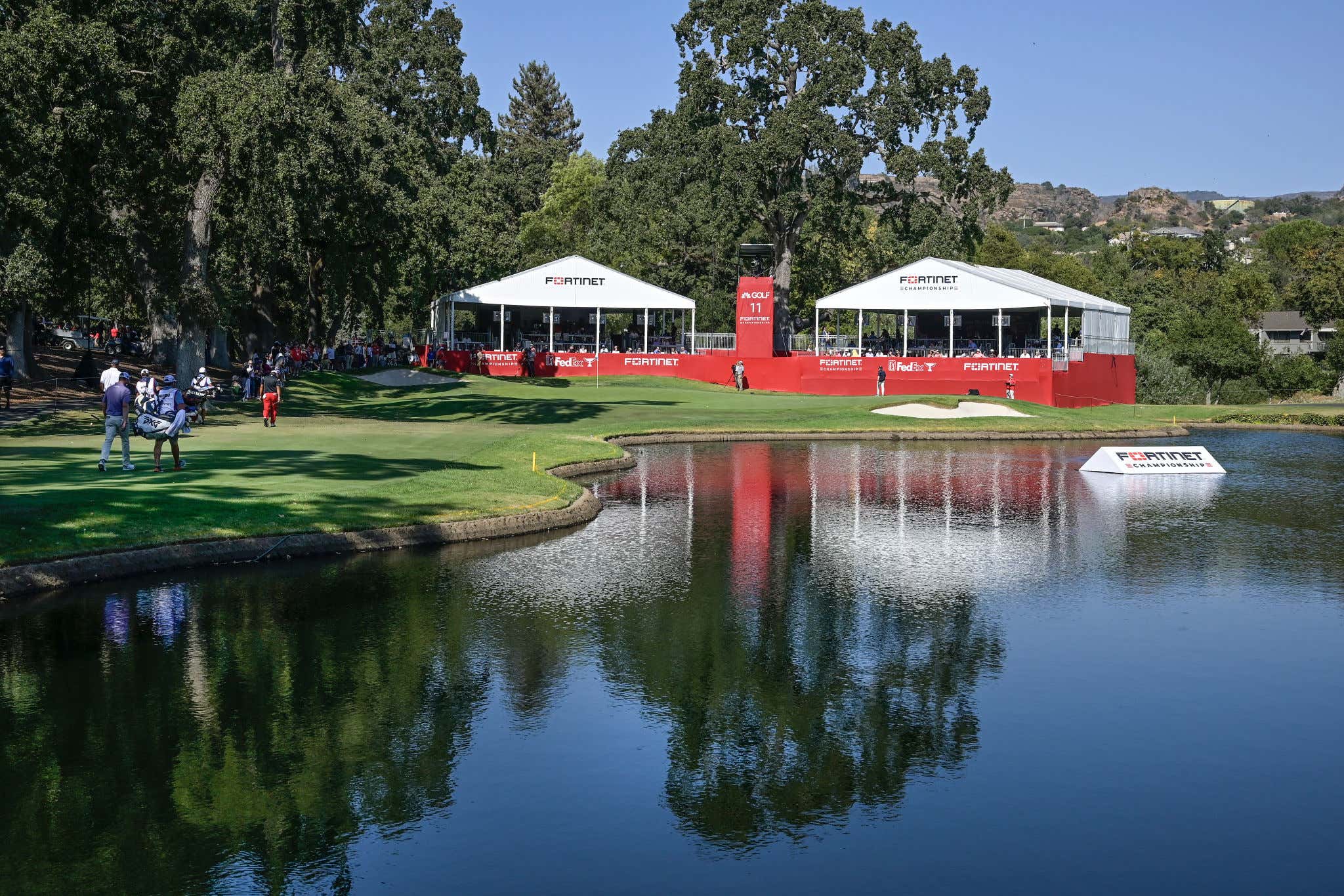 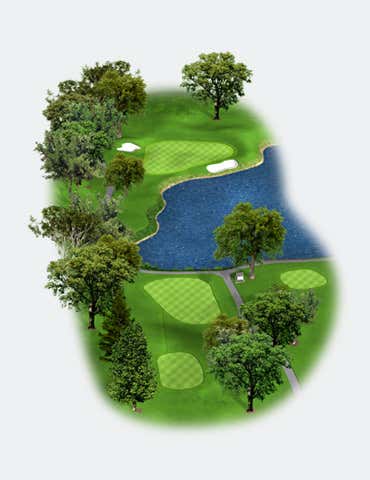 Signature hole here at Silverado is the par 3 11th. It's the shortest par 3 on the course, but it's rife with the most danger. Shot is all carry with tons of different pin positions available. Most positions you'll see this week will be tight to that waterfront. It was tight front left on Sunday and tight front right just behind that bunker on Saturday. Gorgeous hole in a gorgeous setting.

Phenomenal weather in Northern Cali. Probably even see a few QZ's out there in the mornings. I think the perfect golf round is one where you wake up and it's brisk and it warms up as the morning moves along. Pop the hoody or QZ off around hole 7 and that's the sweet spot. 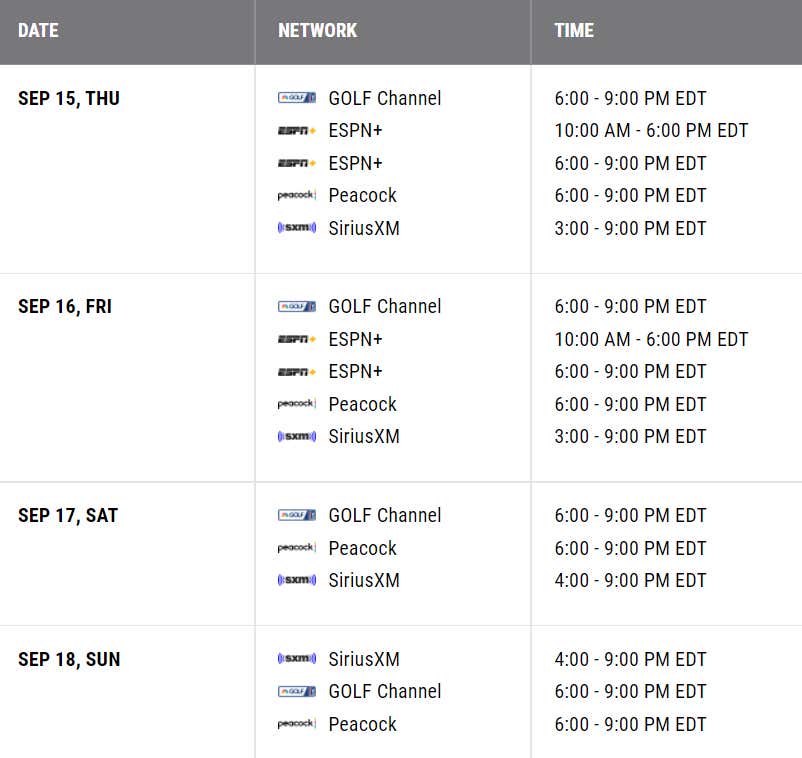 Golf Channel the whole way here. Football season will do that. 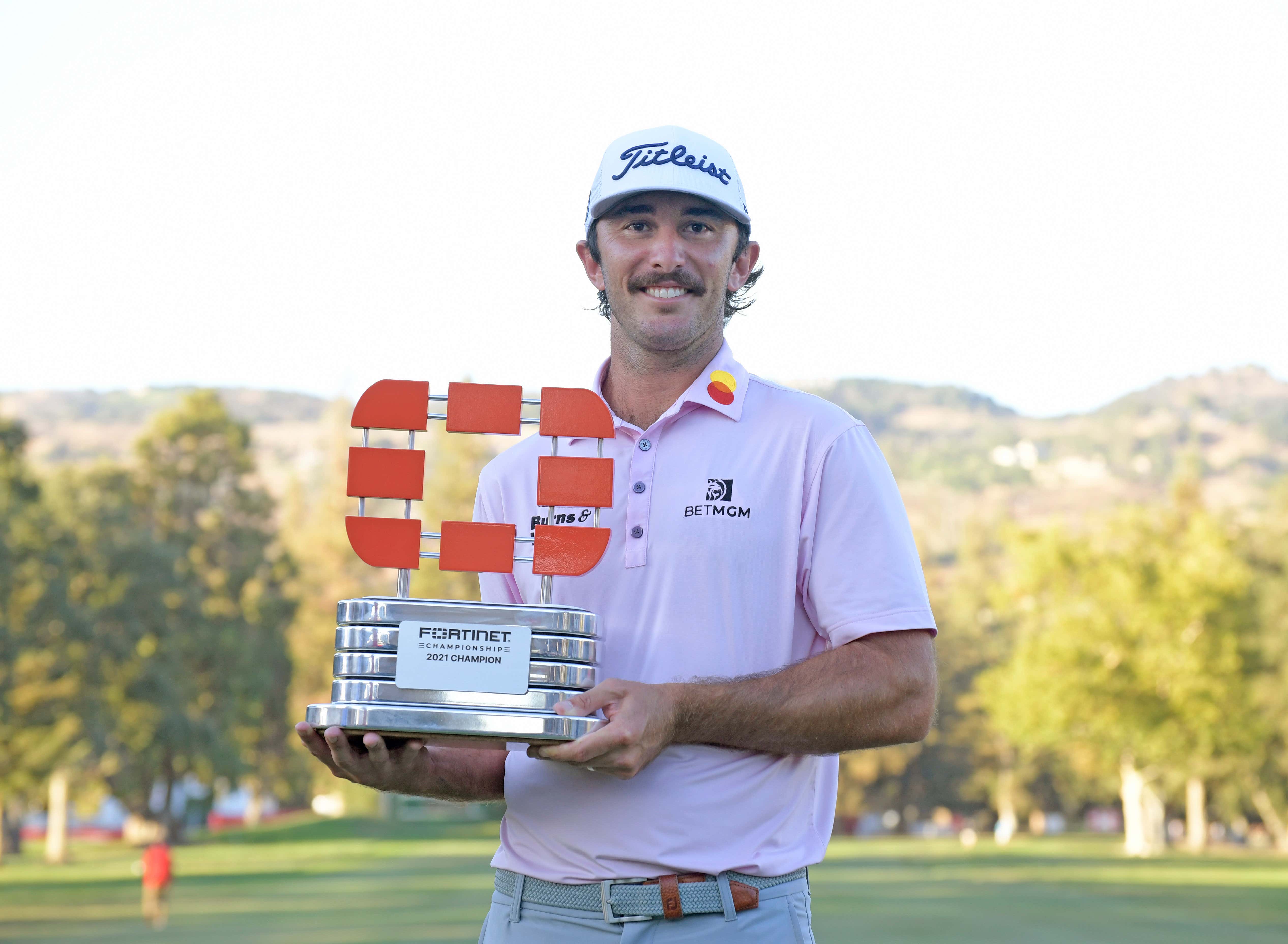 Hmm. Bizarre one. Very corporate-y. This inspired me to look up what the heck Fortinet even is. From wikipedia:

Corey Conners and defending champion Max Homa are the co-favorites at the Barstool Sportsbook at +1400. As I'm looking at this I'm realizing there is a very strong International President's Cup presence on this board.  Conners, Matsuyama, Pendrith, and Davis will all be teeing it up next week at Quail Hollow. Only Homa will be representing the USA.

It's Taylor Pendrith I'm targeting this week at +2200. His game has really come on strong as of late, hence the late captain's pick by Immelman. He's finished in the Top 13 of 6 of his last 7 events, including a T-2 at the Rocket Mortgage Classic. Detroit Golf Club is considered to be a similar bomb-and-gouge course, so I'm banking that carrying over for the Canadian.

Webb Simpson To Win +6000 - Course is short enough for him to compete. I said this was a place to sprinkle in some bombs so here we go.

Troy Merritt Top 20 +450 - Top 20 here last year, top 20 a few months ago at Detroit GC… he seems to always find his way into the mix on these weak field events.

David Lingmerth To Win +17500/Top 10 +1800/Top 20 +750 - Former PGA Tour regular just got his Tour card back after winning one of the Korn Ferry playoff events. Odds are this long because he missed a ton of cuts on that Tour last year but the guy once won Jack's tourney. LOVE this as a longshot.

Special: Nicolai Hojgaard +5000 To Win The Italian Open - Defending champ is a tasty price here. Problem is Rory is lurking as a +300 favorite to win. I'll take my chances.

That's what I got for this week. Enjoy the Fortinet Championship.