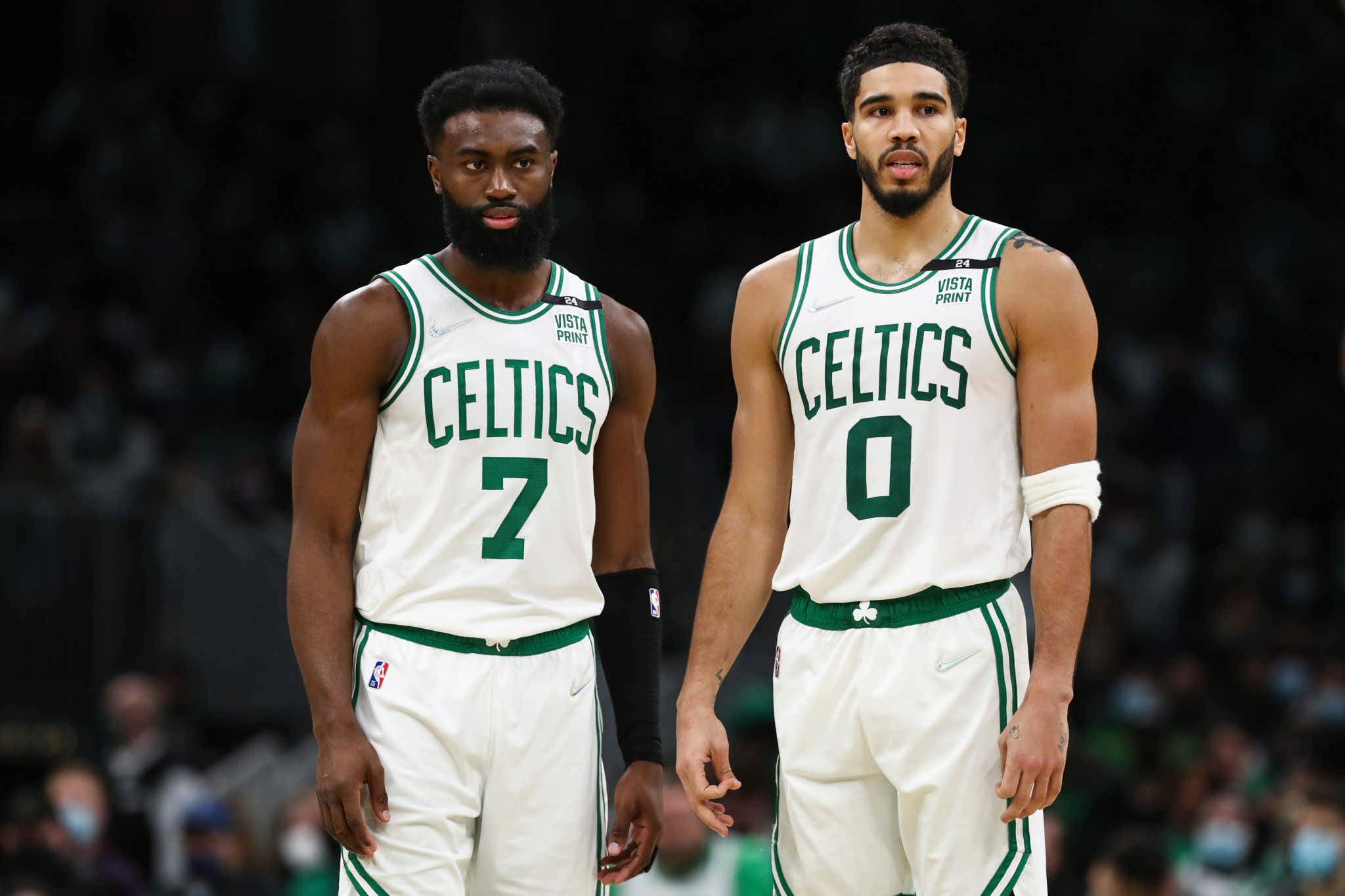 They say you should never overreact to Week 1, but we all know that's bullshit. Overreacting based on what your favorite football team may or may not have done yesterday is all part of the journey. After waiting for so long for football to return you're not really interested in being rational one way or the other today. If your team looked awesome, you're thinking Super Bowl. If they sucked ass, you're probably a little down in the dumps today.

When it comes to the New England Patriots, things weren't great. You can read all about it in Jerry's fantastic Knee Jerk Reaction which I highly recommend, and I imagine we're all feeling pretty much the same way today. This is where I think I can help. You see, while yesterday may have been frustrating and embarrassing and you might have legit anger/fears about what this year's Patriots season might look like, it's important to remember what's on the horizon.

That's right, the Celtics are coming.

There's a legitimate chance that it'll be up to the Celts to put the city on their back if we all want to see a team contend this year. While I love that pressure and welcome it, it also terrifies me. There's this little footnote of the Celts being a solid 1 for 35 when it comes to titles in my lifetime, but there's no denying they are the best team in the city right now. It's been a long time since we've been able to say that, and I figured that while some of you may be depressed because of the shit sandwich we all had to eat watching the Pats yesterday, I would remind you of some things that should help ease your pain.

May as well get this out of the way early. When I'm depressed you know what I like to do? Remind my brain that the Celtics employ both Jaylen Brown AND Jayson Tatum. It rules. I find that immersing myself in their on court dominance helps blocks out everything else going on in my life, so I suggest you do the same

You aren't even thinking about how terrible the Patriots offense looked yesterday are you? I didn't think so. Let's keep going

A large portion of why you should be excited for this upcoming season is the simple fact that you are going to be watching a dominant product. That's not just my homerism talking, that's the actual data. Among all starting fives in the NBA, the Celts had the best offense, defense, and net rating with their core unit. Last year proved that not only does that combination of players work, they thrive together on the floor. The numbers tell you everything you need to know

For a while, we saw this team try different starting fives with different combinations of talent and none of them have come anywhere close to the production that we see with this current unit. Dominant on both ends of the floor, elite talent all over the place, don't let the fact that the Pats only scored 7 points yesterday get in the way of you remembering that the Celts starting unit is arguably the best in the entire NBA.

The Lob To Rob

Try and be depressed while thinking about the lob to Rob. I find it to be virtually impossible. Go ahead, give it a try

This is where I also remind you that Rob is only 24 years old. He's a DPOY candidate, he's arguably one of the most dominant centers there is in the game, he can guard every position and is one of the few centers in the league that routinely blocks threes.

But the lob, the lob is something special. What that does for their offense cannot be understated. The vertical threat he provides is about as lethal a weapon as you can have. He moves the ball better than some wings/guards. Only a few more weeks to go until the lob to Rob is back in our lives and I simply cannot wait.

The Celtics brought in Malcolm Brogdon for a ham sandwich

While the Patriots may not have made any flashy offseason moves to help improve their roster, that is not the case with our beloved Celtics. Brad saw an opportunity to improve his roster while not having to give up anything substantial and that's exactly what he did

Let the excitement of being able to see Brogdon thrive in this rotation and playing next to this core take over your brain instead. He's pretty much the exact type of player this roster was missing during their Finals run last year. His size, his scoring ability paired with his playmaking and defense make him a perfect fit for Ime's system. Sure there are health concerns but remember, we're focusing on the positives here.

What I love about remembering this fact is not only how awesome it was, but also how mad it makes people. The Anti-Smart people hate it and that brings me so much joy. Also, watching Smart dominate defensively is a great way to distract your depression

If you followed all those steps, there's no way you're still depressed about yesterday's loss to the Dolphins. As bad as it may get this year in NE, just remember the Celtics are coming. The season opens in about a month, we'll have preseason games in early October, we're almost there.