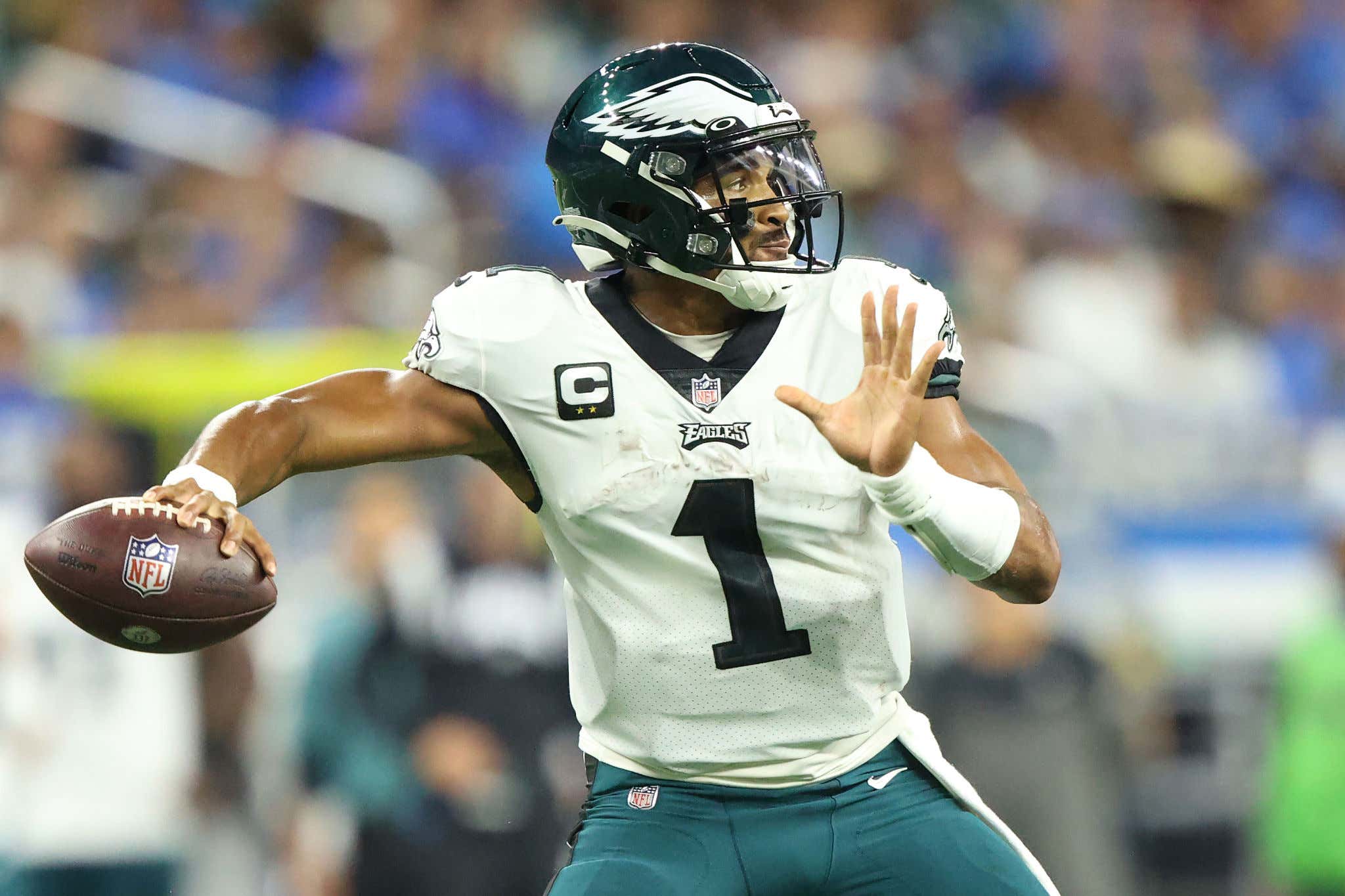 The Philadelphia Eagles men's professional football team won a game yesterday. They went into Detroit to play against a Lions team that had a ton of hype leading into the season, and the offense put up 31 points. Jalen Hurts thew for 243 yards, was the only quarterback in the division to not throw a pick, and also rushed for 90 yards plus a touchdown. All seems pretty damn good if you ask me. It may not have been the prettiest win in the world. By Lane Johnson's own words, that shit was ugly.

But this is the NFL. You only have 17 opportunities to put a win on your record. I'd rather win ugly than lose pretty. At the end of the day, the Eagles won a football game and Jalen Hurts accounted for 333 total yards, 0 picks, and a touchdown.

Yet there are still folks out there who think it's not enough. A bunch of donkey-brained imbeciles who continue to doubt Jalen Hurts every step of the way. They'll say that the passing game yesterday wasn't good enough for him to be The Guy™ moving forward. Even though this dime to AJ Brown would violently disagree with that assessment.

Or they'll say that he relies on his legs too much and is too quick to leave the pocket, and all of those runs won't be sustainable for a full season.

Which I also don't understand at all because 1) 90 rushing yards clearly speaks for itself that he was making the right decision, and 2) the Eagles lose that game yesterday if Jalen Hurts wasn't the best rushing quarterback in the league. There were definitely moments when he gave up on the pocket pretty quickly, but that won't always be the case against teams that aren't bringing as much pressure as the Lions were. And if teams continue to bring that much pressure, well then they're also going to be on the receiving end of 90 rushing yards and a rushing TD courtesy of Jalen Hurts. So teams are going to have to decide whether or not they want to sit back and force him to pass, or just have him run all over their defense. Tough decision to make when there's a 54-yard bomb to AJ Brown waiting for you if you let Jalen Hurts get comfortable in the pocket.

And as far as the sustainability part goes, it would be a hell of a lot more sustainable if Jalen Hurts wasn't taking cheap shots like this every game he plays.

The man was getting hit late all afternoon. Maybe if the refs actually started making the right calls, we wouldn't have to worry so much about Jalen's brain getting scrambled every time he takes off. The refs won't start protecting him until he's a part of the MVP conversation, though, so I'd still expect a few more weeks of dirty hits. But we saw Dak Prescott get injured last night while throwing the ball in the pocket. Obviously you'd love to see Jalen Hurts take fewer hits throughout the season, but it's not like running is the only way to get hurt out there. And on the plus side, it was great to see Zach Pascal and Goedert immediately get after Walker.

It wasn't a perfect game. But the Eagles won that game because they had Jalen Hurts and the Lions did not. They couldn't stop him on the ground, and they couldn't stop him from setting up AJ Brown with the most receiving yards for an Eagles player in his debut game with the team in franchise history.

So if you're leaving that game yesterday nervous about Jalen Hurts' development instead of beyond excited about the potential he has moving forward, then I don't know what to tell you. But he's going to keep proving that he's The Guy™ whether you like it or not.