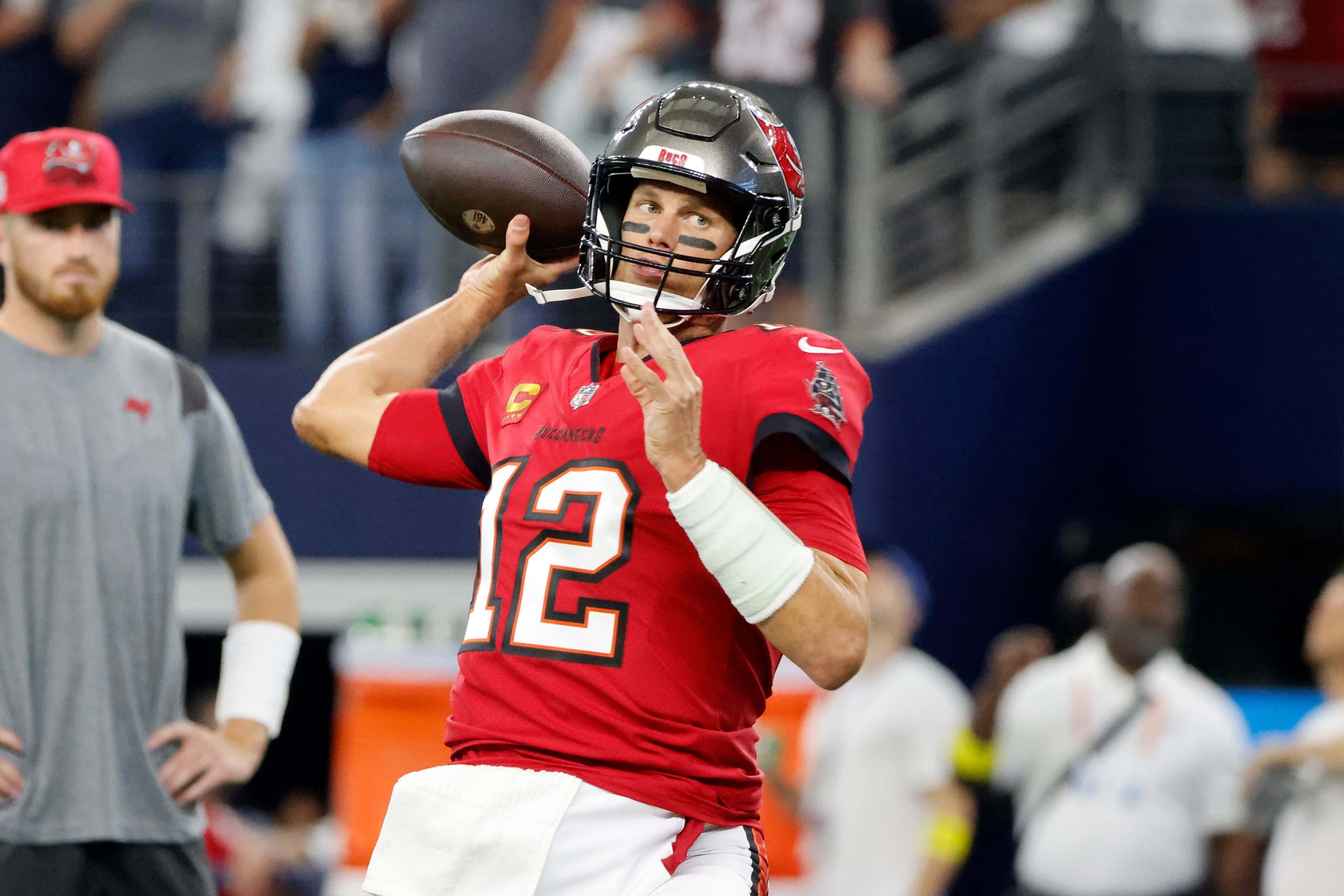 The Bucs were only -2.5 going into Sunday Night Football vs. a beat up Cowboys team that was without their All-World Left Tackle Tyron Smith and without and proven Wide Receivers outside of CeeDee Lamb. They were anxious to show the world they were an elite team.

Things started off with Dallas driving and scoring on a field goal to go up 3-0. This was significant because the Bucs were down by one score, in which case I had to participate in a D1P (via Monster DIP from The Yak) and had to don a mask when my team was down 1 score.

But the Bucs wouldn't allow another point once I donned the rally mask. It was good to see the boys back on Offense, especially WR Chris Godwin who looked awesome on this first catch and run.

And even at age 45, Tom Brady's arm looked as strong as ever.

And a new addition on Offense, Julio Jones very much looked like…Julio Jones!

Julio was a guy I've been banging the drum on for the past six weeks, especially his OVER 550.5 receiving yards for the season.

Mike Evans also got into the act as they Bucs were absolutely mollywhopping the Cowboys.

The Defense was dominant and Devin White got to Dak Prescott twice for sacks.

For most people, it was a boring game, but I can't wait to pop on the tape and see how our rookie Left Guard, new starter at Center and rookie Tight End/Fullback did! Should be a great week, but feel terrific being 1-0.

Big matchup against the also 1-0 Saints on Sunday in New Orleans. Looking forward to it! Go Bucs!