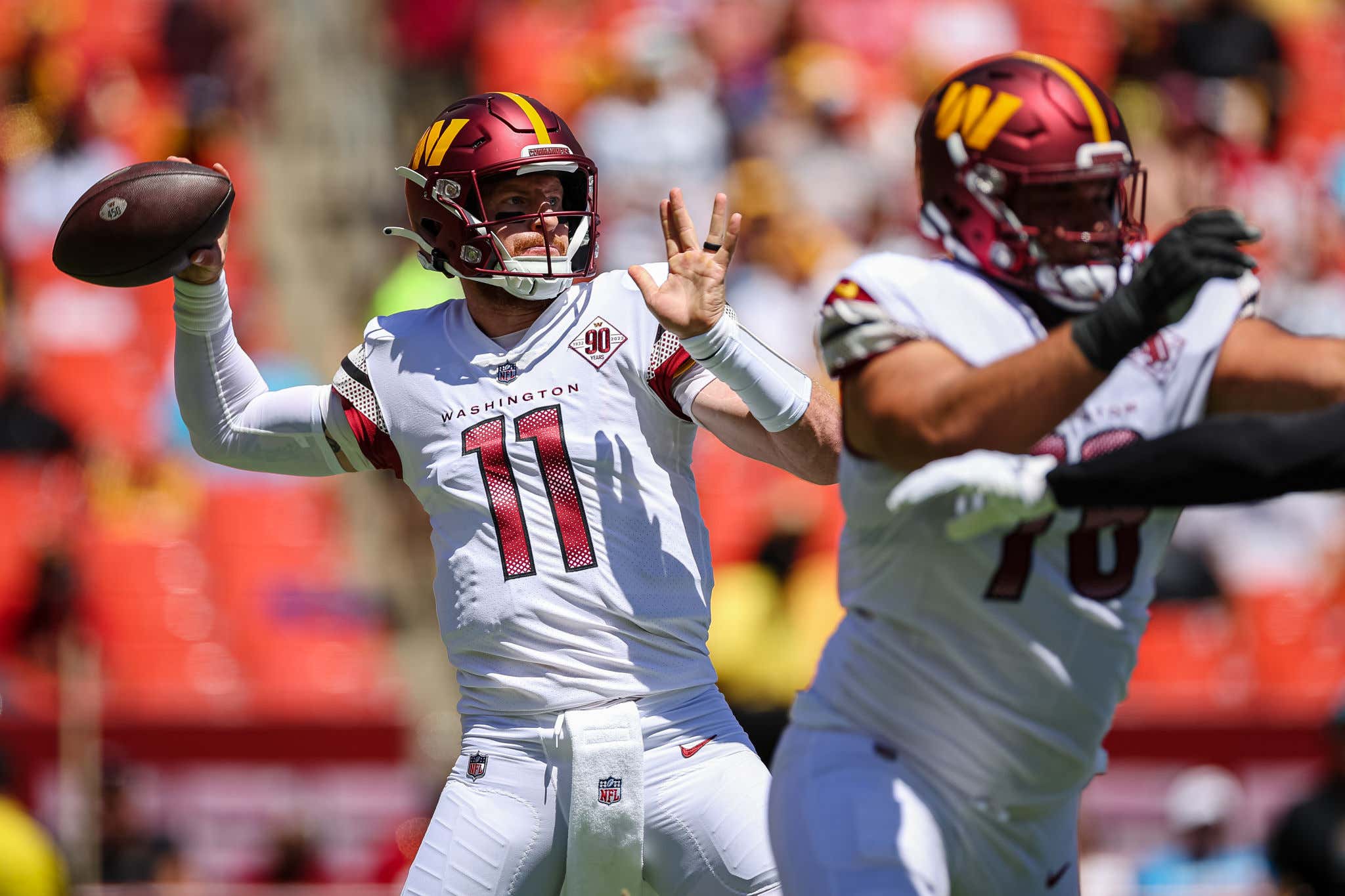 Wild man Carson Wentz tossed for 313 and four touchdowns in his Washington Commanders debut including a late come from behind score and I'm here say you should not be surprised. If you read my intro blog from last week, you know that no quarterback is better in exactly 73 degree weather than Wentz. This is irrefutable data ineligible from scrutiny:

This is called predictive analytics. I'm already getting voicemails from Elon that I don't intend to return. King Carson showed exactly why he didn't work out in Indianapolis. You don't keep a wild animal in captivity - he needs the great outdoors. And DC in September is the perfect climate for the rare Wentz specie as he clearly demonstrated today.

A cloud must have passed by in the third quarter as Wentz passed for 0 combined yards but he came through in the fourth with 136 and two tuddies. And he didn't just lean on one guy too. In true Commie fashion, Wentz distributed at least three passes to five different receivers and all seven gained a 20-yard minimum wage.

Congrats to the Commanders. They've come a long way and dealt with so much offseason drama including no fans showing up for training camp, two players in their mid to lower 20s deciding to retire, and their owner either sailing around the world in order to avoid being deposed in court, or being deposed in court.

I can't guarantee anymore 73 degree games but I'm very happy for Commander fans today. Have yourself a day and keep the energy going with some more "Carson Wentz is actually amazing" irrefutable facts: