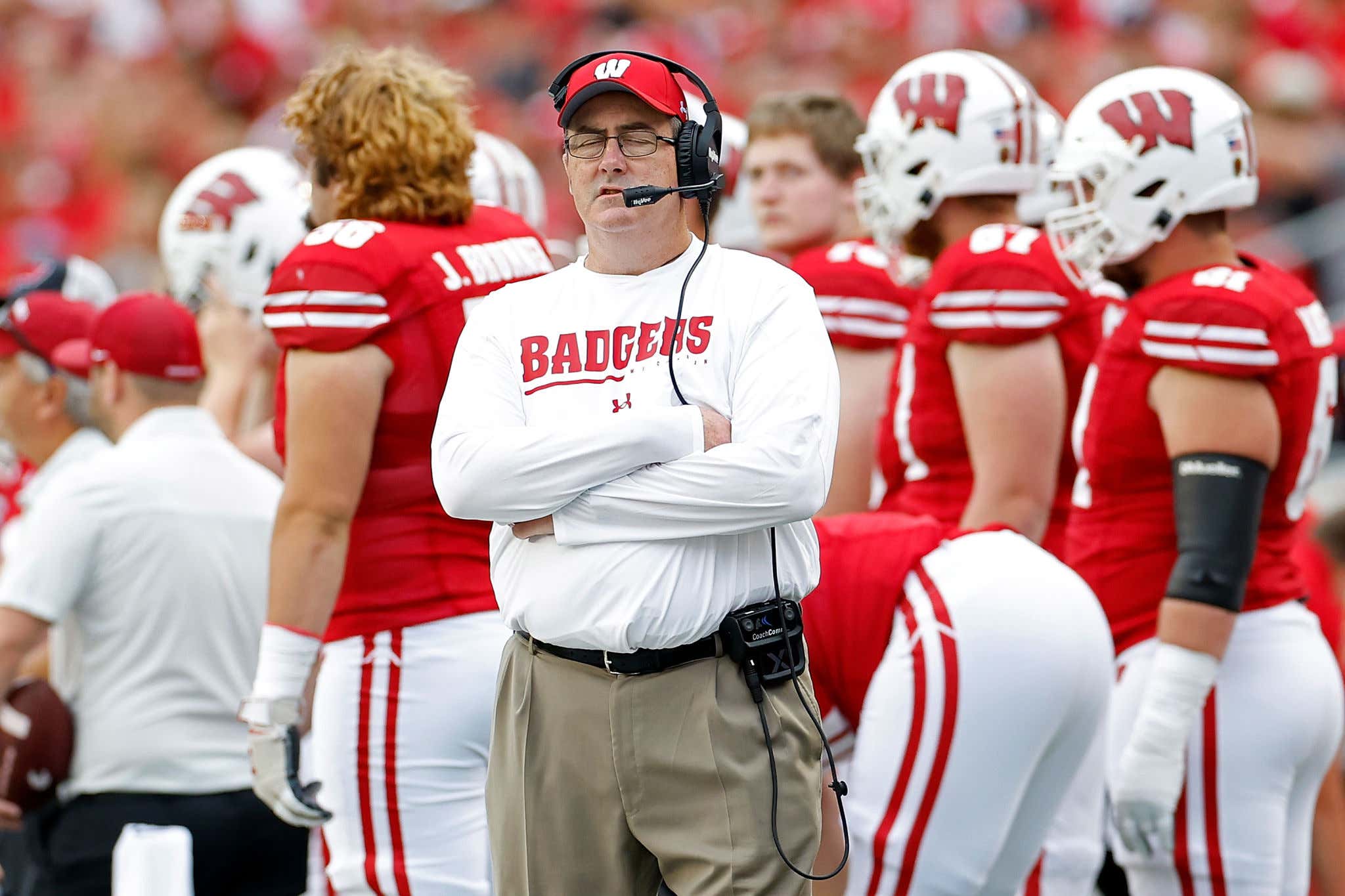 Well this has been a hell of a college football Saturday. So many upsets!!

Look, I get a kick out of seeing the whole throwback three yards and a cloud of dust Big Ten football, but holy hell, Wisconsin. At what point are you going to get with the 21st century and find a way to be more explosive in the passing game? You do know that's where the sport is headed at the college and professional levels, right?

When you're On Wisconsin — I'm sorry to report what everyone else is feeling — these are the type of plays you come to expect from your pass-catching talent:

A microcosm of a sloppy day in which the Badgers committed four turnovers and racked up 11 penalties for 106 yards.

Washington State is widely expected to struggle for a bowl bid this season, yet the Cougars just strode into Camp Randall and shut down the Badgers in a defensive slugfest. Even crazier, the following stat about Wazzu's Incarnate Word transfer QB Cameron Ward:

Now I'm not trying to diminish the guy, because Ward has serious talent and balled out at the FCS level. Still, you could tell he was rattled by the heightened atmosphere, which is one of the most lit scenes in all of college sports. The whole "Jump Around" tradition literally shakes the stadium. It's incredible.

That's why Badgers fans deserve better!! I realize Graham Mertz was a highly touted recruit, yet even with a new offensive coordinator this season, this looks like the same bland Badgers offense. While Mertz needs to shoulder some blame, it's not like Wisconsin is bringing in 5-star studs for him to throw to every year.

When you have a QB who flashes his ability with plays like this:

You shouldn't have a stat that looks like this:

Braelon Allen is an amazing running back. Cool. That doesn't mean you should run the ball 44 times as a team if you're averaging fewer than four yards per carry against an inferior opponent just because it's "the way you do things."

You know who was the highest-drafted wide receiver out of this proud program in the past decade? Nick Toon: Round 4, 122nd overall. Only two other fifth-round selections in that span. Not good!!

So great, keep getting your tight end, running back, offensive linemen and bulky front seven jam on, Wisconsin, if that's how you want to build your roster every year. But if you want to truly compete with the big boys and make some real noise in the College Football Playoff, modernize thyself.

Two weeks to go until this team travels to Columbus to take on Ohio State. We see the Buckeyes are able to not miss a beat in their lethal passing attack even when someone as special as Jaxon Smith-Njigba is out. Wisconsin couldn't conceive of something like that as they're currently run. And today, they put the "BAD" in Badgers.