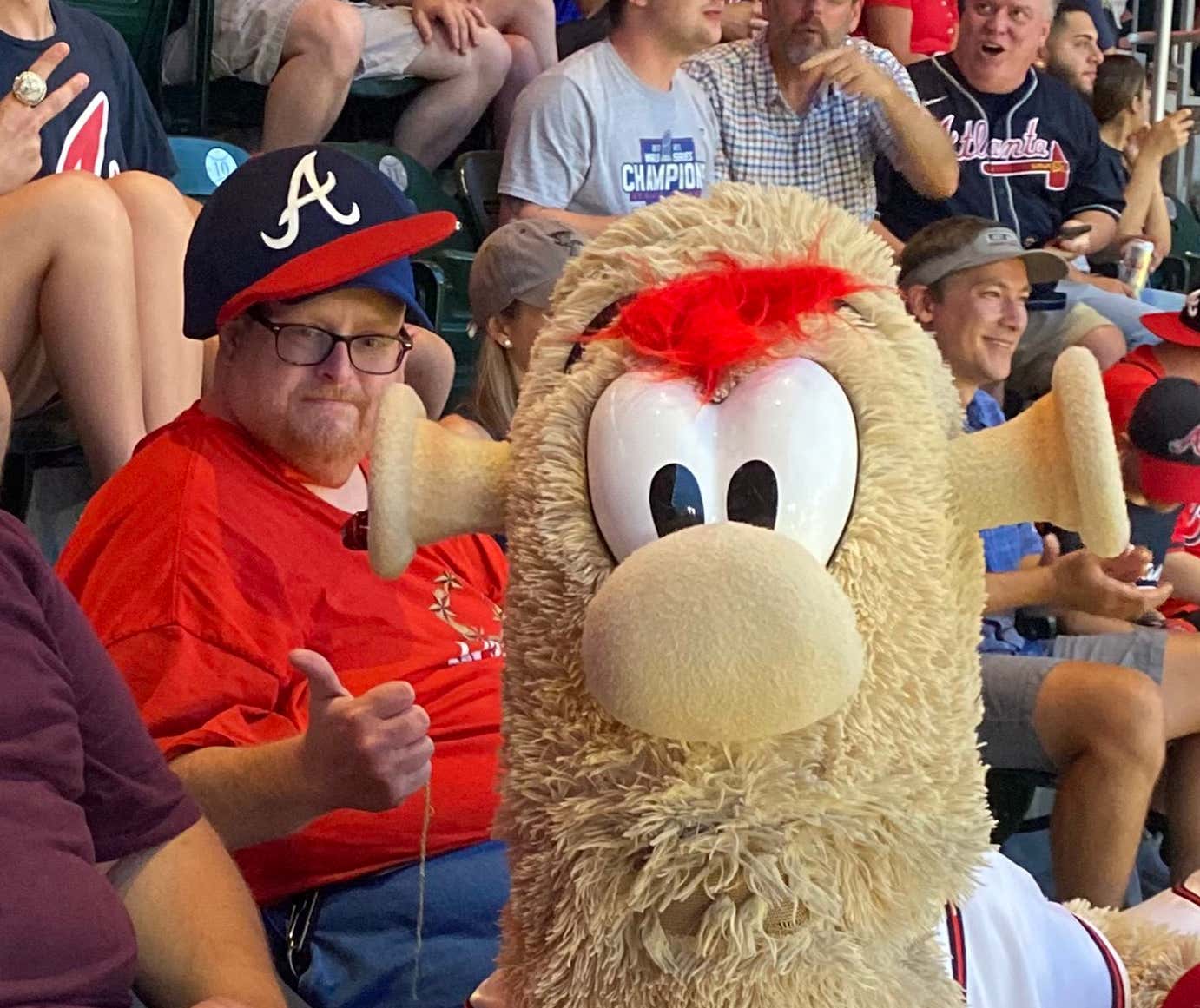 Blogger's Note: Hope you guys picked up on that sweet baseball pun in the headline. Can't wait to be a professor at the next blogging school!

Anyway, Kangaroo Court was once again in session on We Gotta Believe with our guy Meek Phill playing the role of defendant after admitting that he recently placed a responsible wager on the Atlanta Braves to win the NL East.

I see Phill's logic in all this. He figures if the Mets win the NL East, he'll be thrilled. They'll have a first round bye, get to rest up their two nuclear weapon starters for the NLDS, and get a few days of peace no longer having to hear Braves fans chirp from second place. However if the Braves win the NL East, Phill will be absolutely devastated so why not have a few extra dollars to wipe away his tears? JK, Phill has promised he will either donate the money to charity or use it to piss of Frank The Tank, who will be a whole new level of unbearable if the Mets are playing in the Wild Card.

Now usually I would tell someone like Phill to politely go take a long walk off a short pier before cuncelling them from my life. But the thing is I know Phill is a sick son of a bitch that hopes all the bad things in the world happen to the Braves and only the Braves and everything he has said in the We Gotta Believe group texts hammers that home. Phill is also an admitted mush, so in his head, putting a few bucks on the Braves may be just as important to the Mets success as the hundreds of millions of dollars Uncle Stevie has invested.

FINAL VERDICT: You can bet whoever you want on the Barstool Sportsbook! Bet the Braves. Bet the Mets. Bet the mudderfucking Nationals (said in Frank The Tank's voice)!  Just do it responsibly. I personally will never talk to a Mets fan that bets on the Braves again unless I know they are as crazy as Phill. But do whatever you want and thank you for putting food on my table!

Also on today's pod we discussed Jerry Seinfeld vs. Timmy Trumpet, Rico Bo$co's incredible open letter to Mets fans to get in the foxhole or get off the bandwagon, if you would rather the Mets face the Braves more in September so their fate is even more in their own hands, and a look ahead to these glorious meaningful games in September.