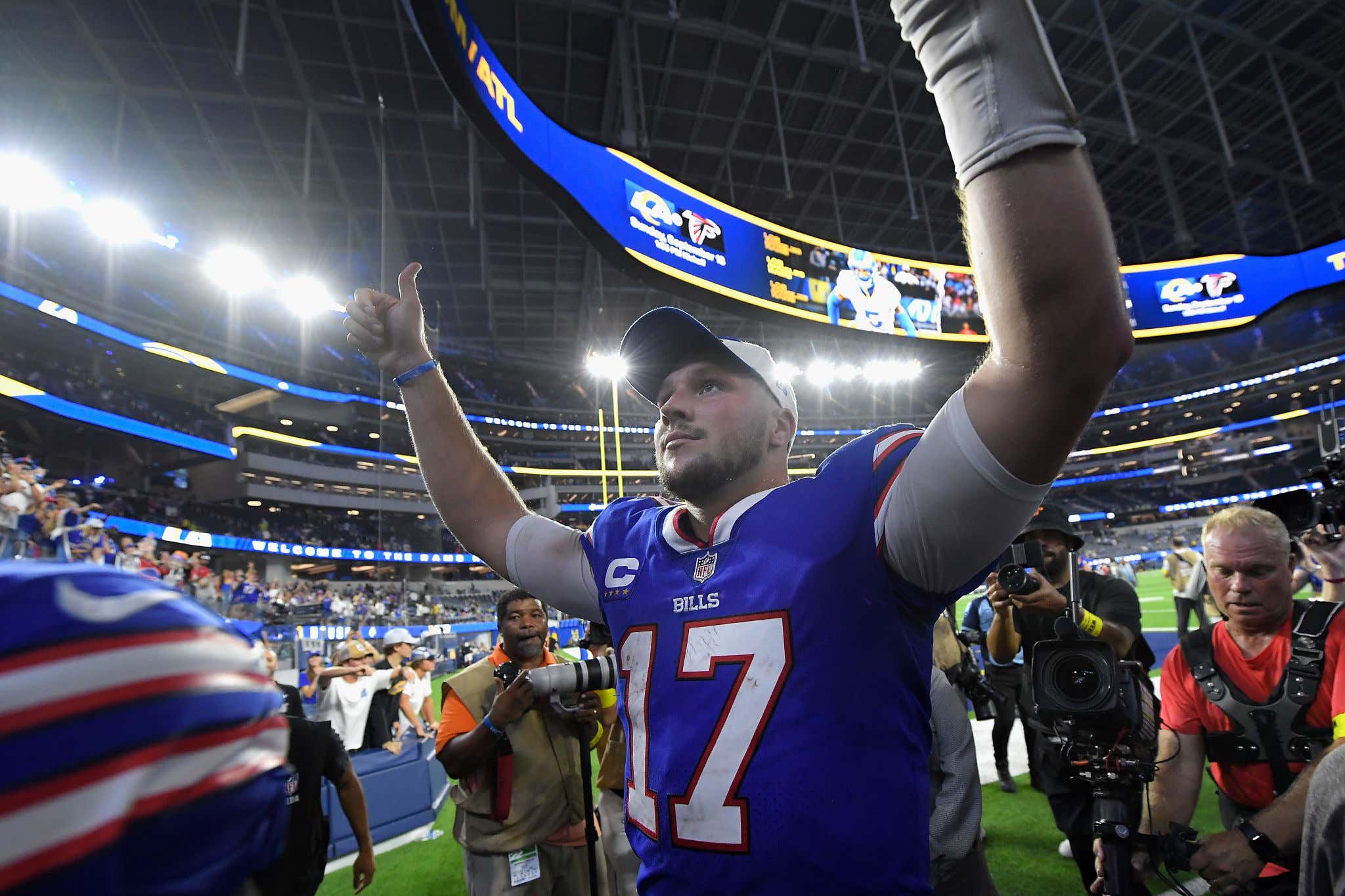 I hate to rain on the Bills parade because I love this team and fan base, but I can’t be the only person that noticed their demolishing of the champion Los Angeles Rams was basically a revisionist history Super Bowl LVI that put to bed any doubt they would have won it all last year against the same team IN THE SAME FREAKING STADIUM had they not suffered the most insane heartbreak in the history of the NFL as I chronicled here.

I know this isn’t the take Bills fans are wanting to hear after a statement victory, but I can’t stand seeing you all continue to get hurt. You are the most fun fan base in sports, so this all comes from a place of love. If I’m being honest, even as a devoted and monogamous Bears fan, there have been times I cheated mentally when watching the Bills not throwing wide receiver screens every third and 12.

The Bills are everything my team is not and more. But it’s no secret Hawkins, Indiana has nothing on your cursed sports city with the Bills headlining the way after their four consecutive Super Bowl loses in the 90s, the Music City Miracle, and of course last year's total mind fuck. You've seen this script before. Lucy has her finger on the ball once again. This dominant season opening win was an ironic reminder that the curse gods are not only alive and well, but revealed their pocket aces they played on the 2021 Bills pocket kings.

Obviously, all Bills fans could do in the 2022 opener was hope for the dub, but the domination left little to the imagination about how things could have played out last year. The 2022 Bills and Rams are by and large the same teams as 2021 aside from Von Miller switching sides. And while he balled out, I don’t think anyone is fooling themselves into thinking that was the difference. A little piece of Bills Mafia’s soul must have died knowing they would have slapped Matt Stafford back to Detroit in the Super Bowl after taking care of business vs Joe Burrow’s stick figure offensive line. Just a total mean girls move by Roger Goodell to lead the season off like this. Completely cruel and uncalled for (I kind of respect it).

But I get it. All you can do as a fan base is move on. Josh Allen was marvelous, Stefon Diggs was unguardable, and Gabe Davis proved his late-season 2021 ascent was no fluke. The Super Bowl favorites cemented themselves as the team to beat and that’s all you can ask. There’s no good in cowering to the gods anyway. You have to keep fighting. Maybe Buffalo just needs to take a play from Hawkins, Indiana and find it’s Eleven. Looking at the roster now #11 is Matt Barkley who’s on the practice squad so actually let’s just forget that idea entirely.

The point is: Eventually pocket kings beats aces (or always when I have aces). And curses are like records – made to be broken. I’d love to think Buffalo will eventually step up in the biggest moment, but it doesn’t exactly help when the letters of your city can be rearranged to spell “Of a flub”. Tell me that's not the Latin interpretation for Buffalo. But like I said – I have nothing but love for you all in Buffalo. Just know I’ll be rooting for this curse to finally end and monogamously thinking lustful thoughts of your team on every third and 12 wide receiver screen.