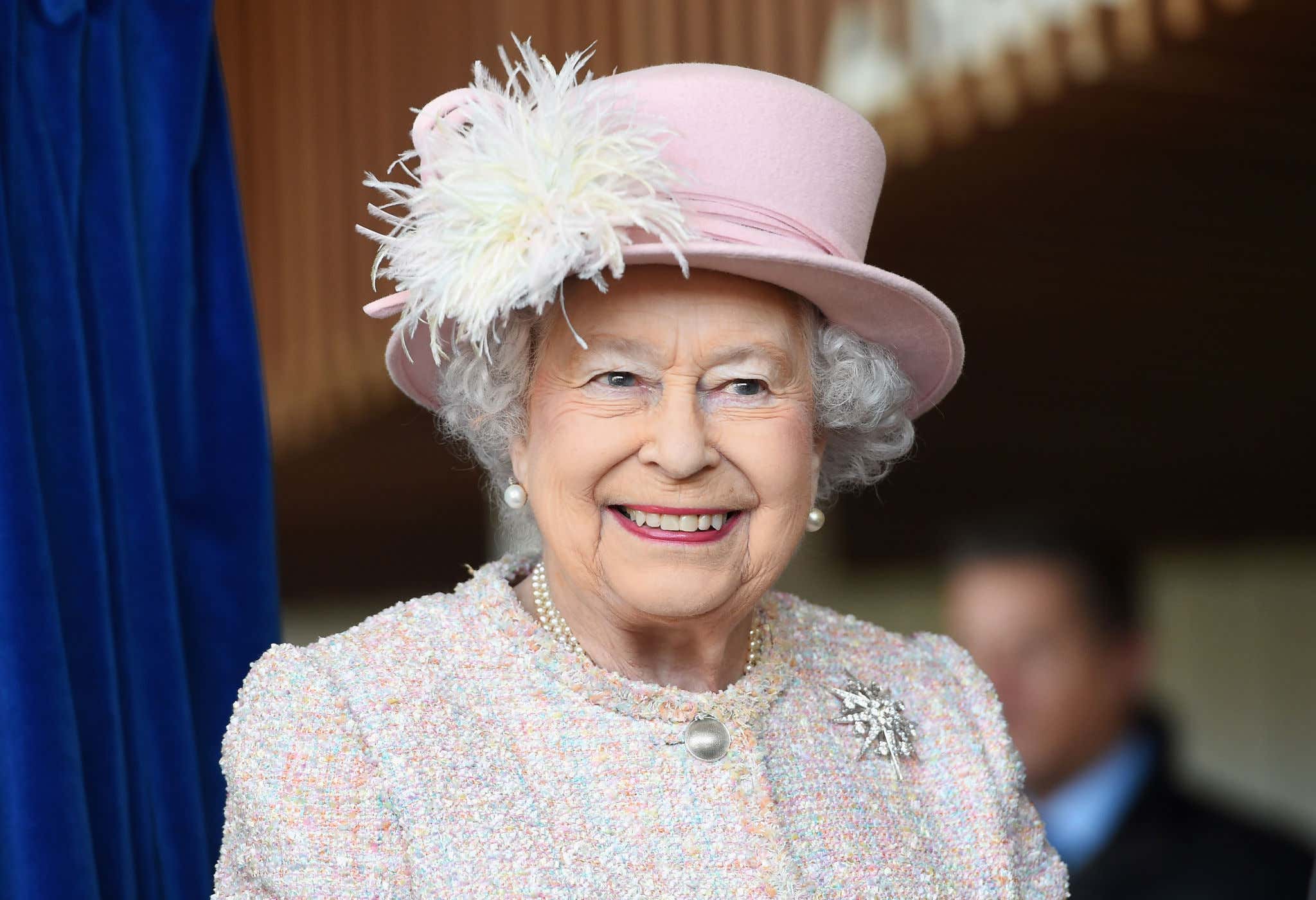 If you're a brand when a major public figure passes away it seems like you're damned if you do/damned if you don't. Keep quiet & weird randos will start chirping at you, wondering why your sponge brand or bicycle parts company has nothing to say. Speak out & every wackadoo in your follows will find something wrong with what you've said, or claim you're just capitalizing on the situation for publicity & sales (which I mean… probably but what else are you supposed to do??). The key is to find that sweet spot where it's classy & not too extra. See for yourselves if these particular brands are doing it right:

First up we have a thoughtful post by Playmobil children's toys:

Because there's no way they'd let Lego have the only say:

And of course FunkoPop trumps both of those two in terms of class, also including the FunkoCorgi:

One of the first to go viral was from a Gambling site (not ours!). It's now deleted but will live on forever with all the people who knew to immediately screenshot this gem for posterity:

Have to appreciate DBrand Tech Accessories being straight & to the point:

One of the most moving tributes come to us from the…… British Kebab Awards (an annual meat kebab contest)??:

It's now deleted, possibly for being too cheesy (ha ha!), but the Dominoes UK domino went all-black in mourning: 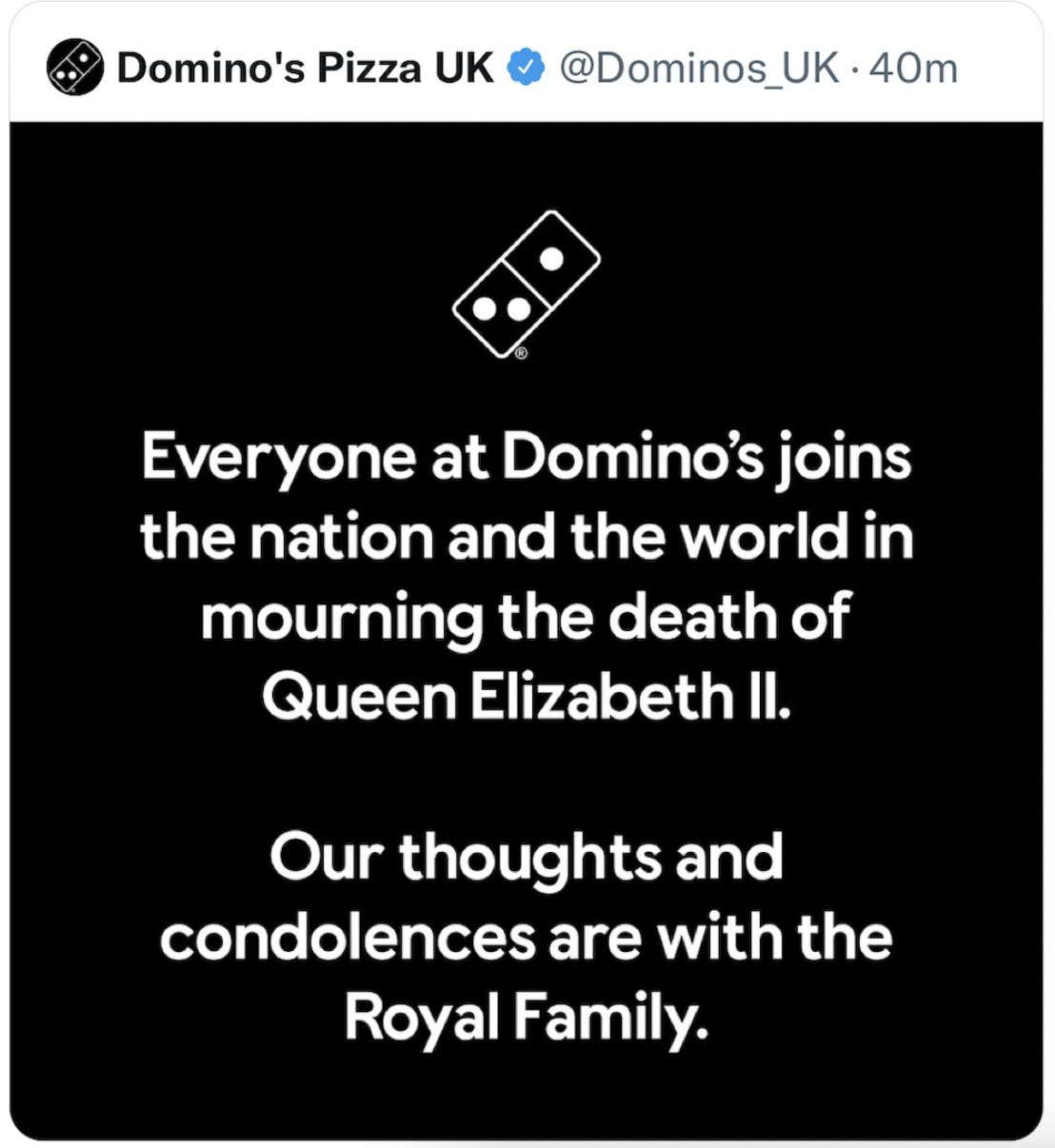 And Dominoes Pizza IRELAND also Tweeted it - without bothering to update the UK's "joins the nation" part… (collar pull): 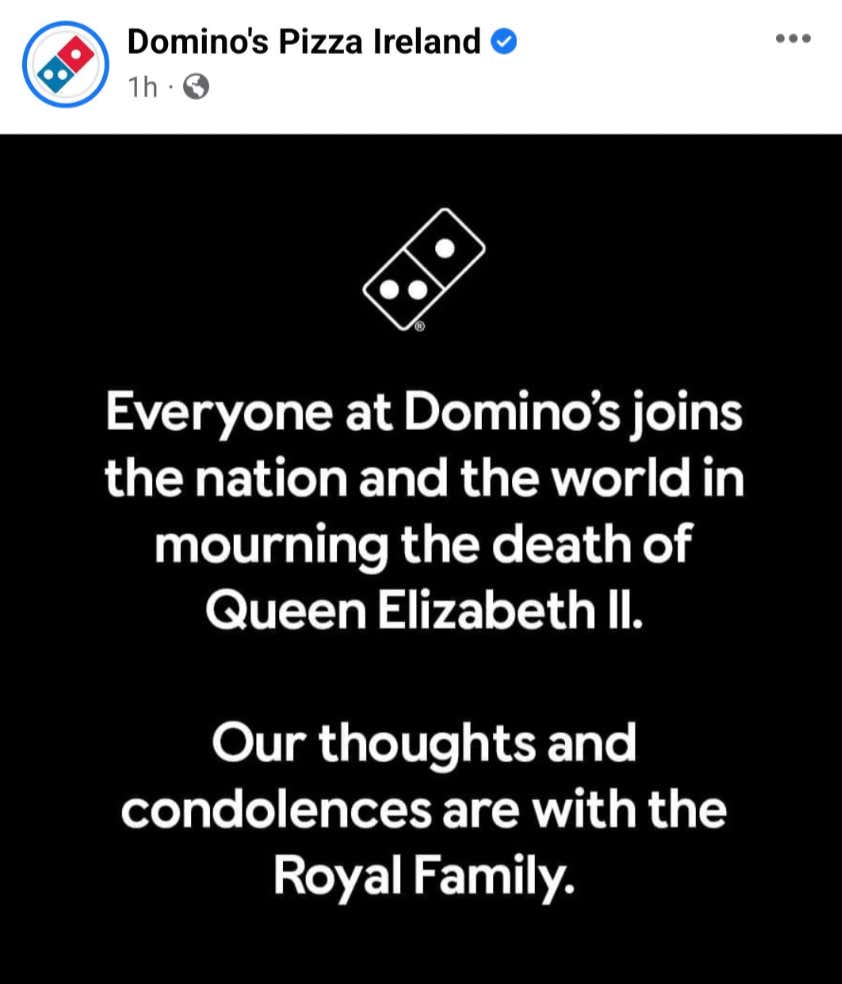 Not quite a brand, but this sports reporter for the Baltimore Sun has my favorite so far. (It went over super well because everyone has a sense of humor & no one is mad at him at all):

Ok, another that's not a brand, but worth sharing because I thought it was a joke at first but it wasn't. Charles Adler's (Canadian radio host) now deleted post about a horrible day, September… 8th:

Condiment condolences from Heinz UK, which was quickly ratio'ed by a fake Heinz Ireland account (unlike those cowards at Dominoes Ireland): 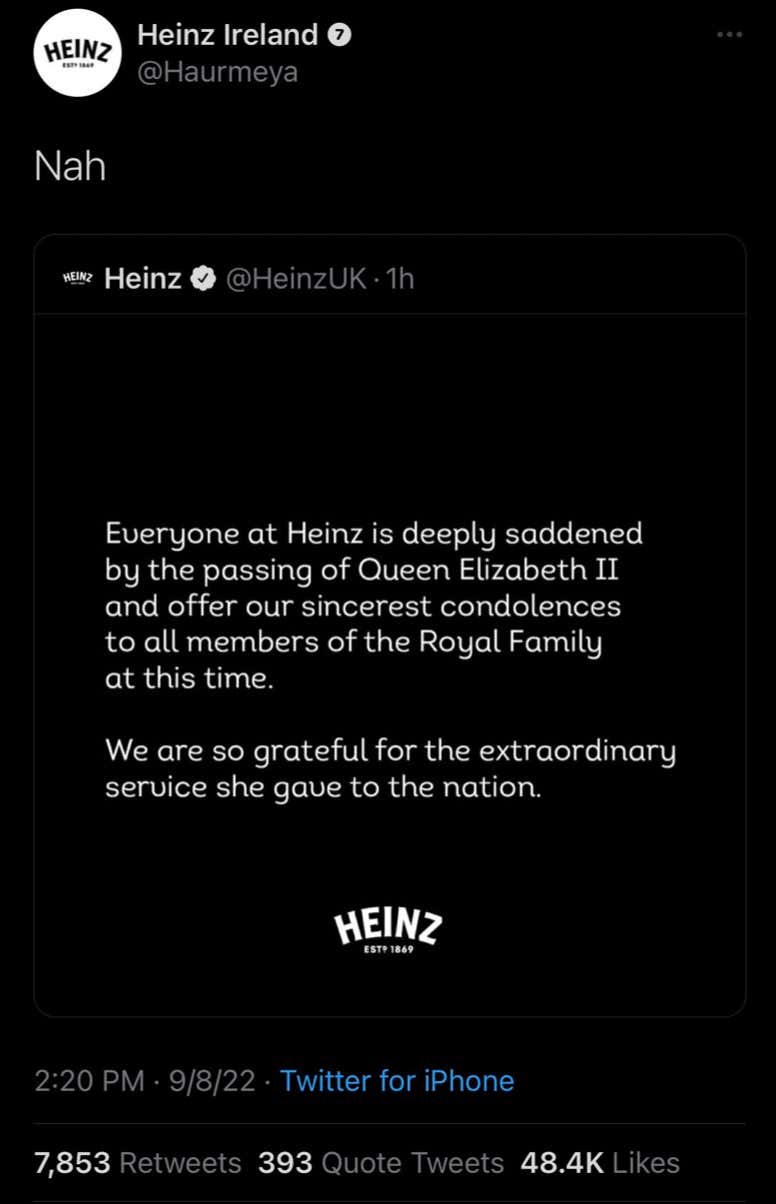 That's only a small amount of the ever-growing sympathies that brands are posting, many of which are getting immediately roasted even if they're not that bad (in my opinion). Of course, we're no stranger to that on this side of the pond, as Chaps highlights here: