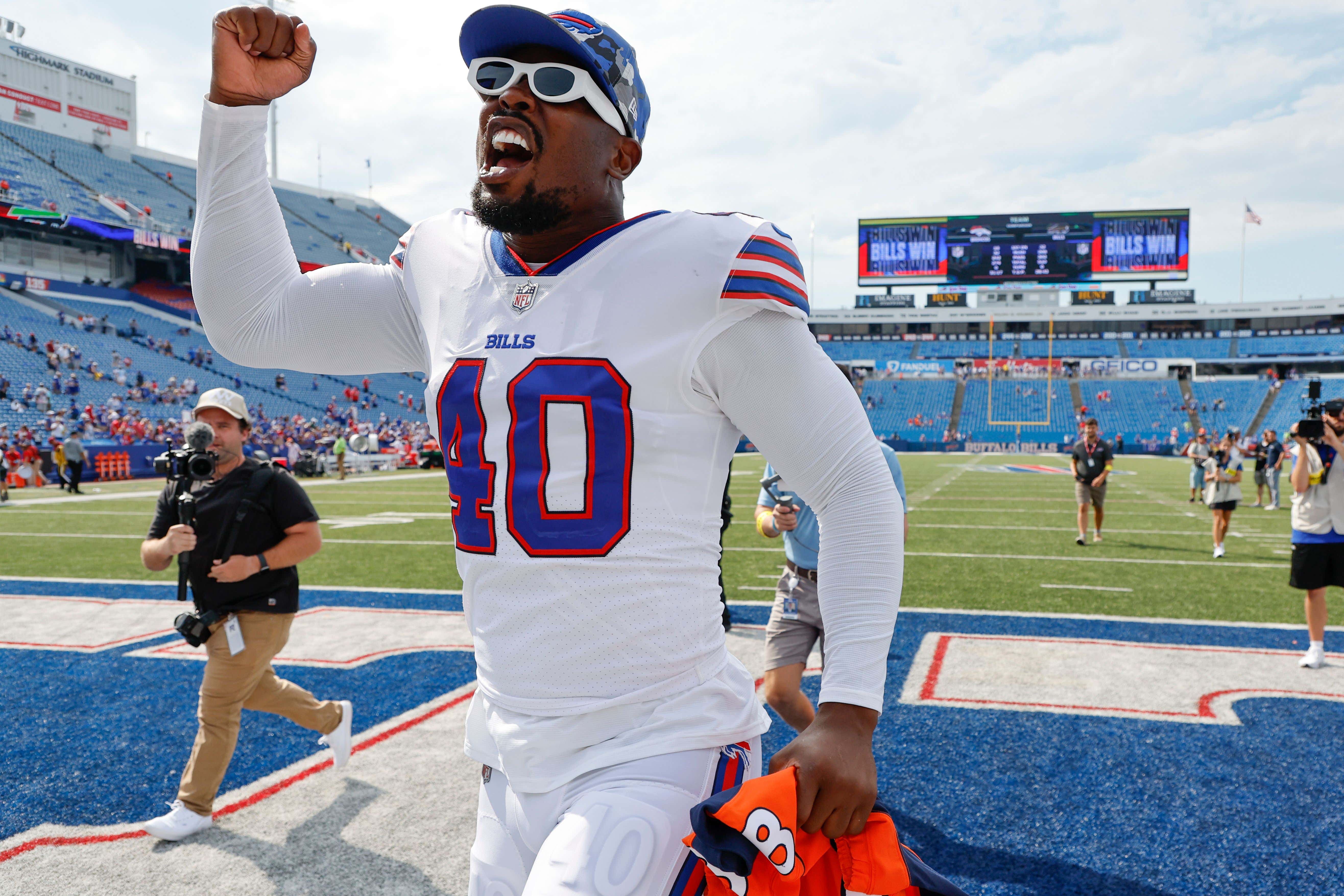 With the NFL kicking off this week, I'm putting together quick recaps of what happened in the off-season and some storylines for each team so when you're at the bar or a buddy's place watching the games, you can pick up on the some general themes and not be totally out of the loop for not reading Adam Schefter's tweets for the last 7-8 months. With the Rams vs. the Bills getting things started on Thursday, we gotta get in gear. I've been pumping them out, so here is the NFC West, NFC East, NFC South, and NFC North. The AFC West came out earlier today, so here is the AFC East:

- Can they are Super Bowl favorites, can Buffalo finally win it all?

- How good can this offense be? Josh Allen is arguably the best QB in the NFL, Stefon Diggs is elite, WR Gabe Davis broke out last post-season, they have the potential to put up a ton of points on Offense.

- They brought in Von Miller to help boost their pass rush, which will also do wonders for their young guys like Greg Rousseau and Boogie Basham from a learning point of view.

- The Bills drafted CB Kaiir Elam out of Florida in the 1st Round to help their pass D. The guy is super sharp.

- Can Tua Tagovailoa be a dude? We're unsure as of yet, but the Dolphins put everything around him necessary to be successful.

- How will Tyreek Hill fare without Patrick Mahomes? Can he still be an elite, gamebreaking Wide Receiver?

- One of the biggest moves in the whole NFL this off-season was Miami swinging a trade for WR Tyreek Hill. Former WRs Devante Parker and Will Fuller were not brought back.

- To help give Tua some more time, they signed Left Tackle Terron Armstead from the Saints

- Can Mac Jones take the next step? He had an impressive rookie year, but the Patriots didn't do much to put more around him outside of signing DeVante Parker who has been up and down. And he lost his Offensive Coordinator, Josh McDaniels to the Raiders.

- Will Bill Belichick keep this team in the playoff hunt all year?

- Who will emerge out of the backfield? Damien Harris was good last season, but Rhamodre Stevenson is built like a tank and flashed last year as well.

- The Patriots lost stud CB JC Jackson to the Chargers in Free Agency and Pro Bowl Right Guard Shaq Mason in a trade to the Bucs.

- The Pats had the surprise pick of the 1st round with Guard Cole Strange out of UT Chatanooga.

- Zach Wilson will miss at least the first three weeks it appears, can Joe Flacco have them treading water til then?

- Will this organization take the next step? They've crushed the Draft the past few years with Joe Douglas calling the shots, but now it's time to see results!

- Star Left tackle Mekhi Becton went down in camp, how will they replace him?

- Can their rookies make an immediate impact?

- The Jets had four picks in the top 36 of the NFL Draft and came away with CB Sauce Gardner, WR Garrett Wilson, EDGE Jermaine Johnson II, and RB Breece Hall in one of the most impressive drafts I've seen in a long time.