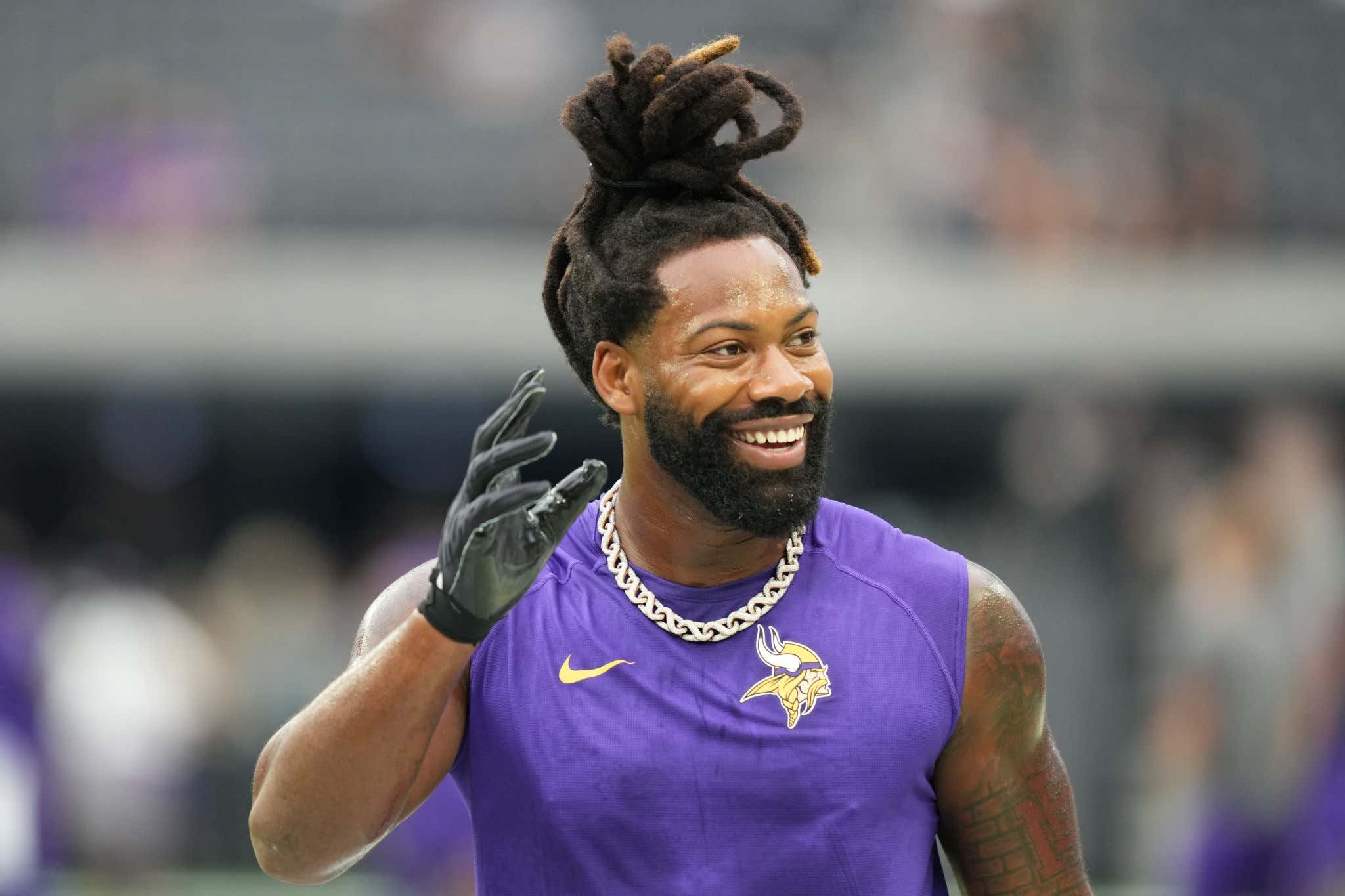 Former Green Bay Packers pass-rusher Za'Darius Smith signed a three-year deal with the rival Minnesota Vikings this offseason. When players sign with former rivals, it's not always personal. The NFL is a business, and players could end up with franchises they never dreamed of playing for at one point. For Smith, however, his decision to sign with the Vikings was very personal.

"Walking past me not saying nothing. 'Z, how's your back doing?' -- there was none of that," Smith said (h/t Pro Football Talk). "As you can see, that adds on to why I'm on the other side. So, I can go back. I get to go back two times a year. … I put my back on the f---ing line. I put everything. And that year three, I was treated bad. That's why I'm here now. So, I can play them twice a year."

When Za'Darius Smith first came over to the Packers it was seen as a home run signing. The Pack front seven was in desperate need of a pass rusher who could get home and Z certainly provided that service. In 2019 and 2020 he racked up a combined 26 sacks, two Pro Bowl nods, and even a 2nd Team All Pro selection (shoulda been two). Along with that he brought this infectious, fun-loving attitude that put a smile on everyone's face.

He become best friends with fellow linebacker Preston Smith and together they led the defense, wreaking havoc for whatever QB opposed them.

Shit unfortunately started to hit the fan when year three came around. Z developed a back injury during camp and tried to play through it before eventually having surgery early in the season. He also wasn't named captain by his teammates right before the season started which set him off and created a rift. The way he handled the injury was bizarre. Smith left town for weeks after he got hurt, didn’t answer anyones calls, or rehab properly. All of a sudden there was this giant disconnect. It all likely started with his looming contract situation and knowing he was an obvious cut target following the end of the year. His upcoming cap hit made the Packers front office decision a no brainer to let him go. Still, Smith handled this whole situation poorly and it caused him to fall out of favor in the locker room.

Z is now saying their was a culture problem in Green Bay. I didn't see any of those concerns during his first season. In fact he looked happier than ever to be part of the team.

LaFleur spoke on this today and kinda alluded to the off the field issues where things went to shit.

Well, now he's taking the Favre/Greg Jennings route and bashing the Packers as he continues his career with the Vikings. Par for the course I suppose. Fact of the matter is he delayed getting surgery early in camp because of his contract situation and then threw a fit when he didn't get named captain. Grow up dude and stop whining. It's weird how the only people who ever say bad things about the Packers culture are the washed players who get moved on from. Hmmmm

If the Packers needed some bulletin board material for Sunday they've got it all laid out now. Would be great if they just ran the ball down the Vikings throat whichever side Smith lines up on.