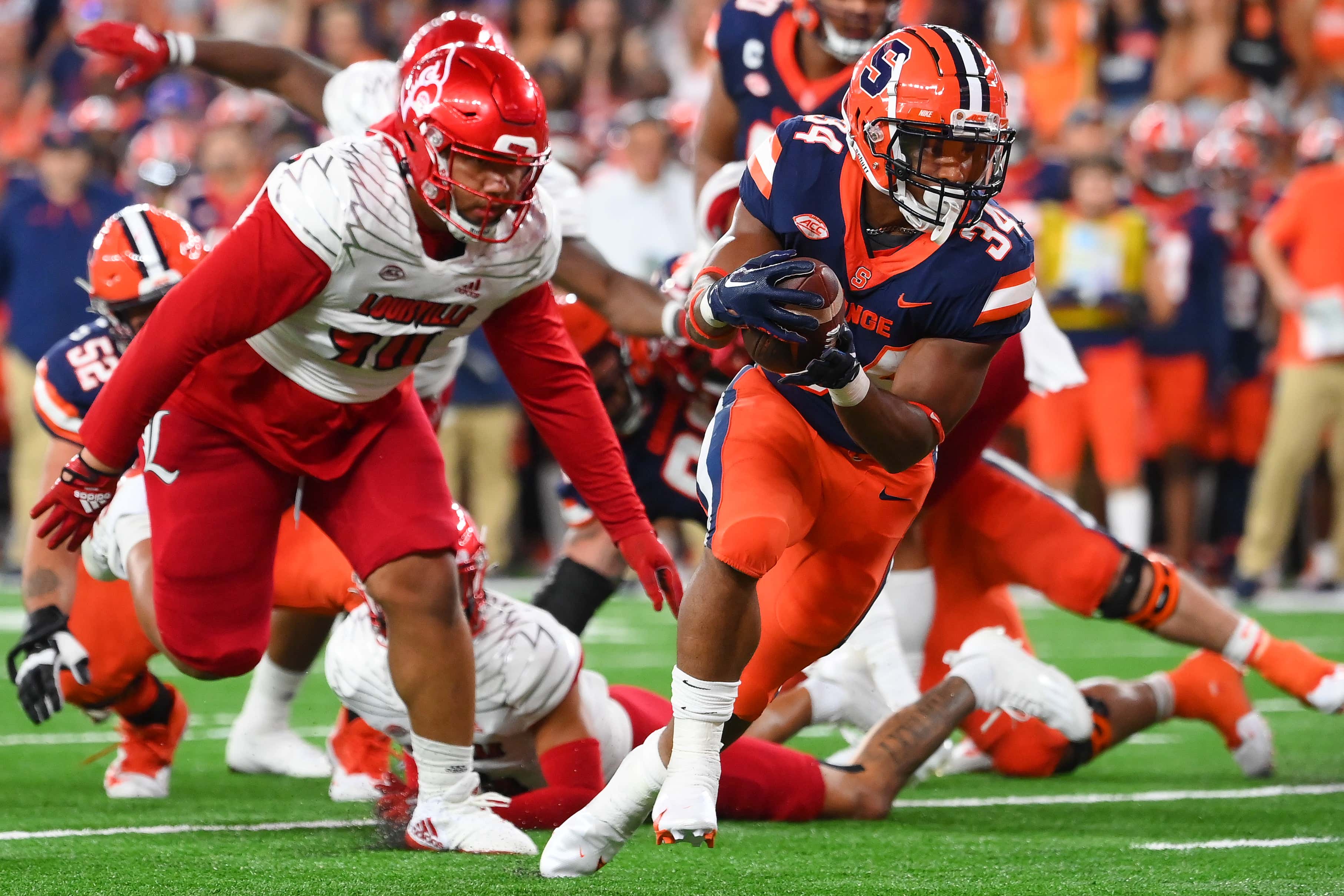 Syracuse football doesn't get much press these days. The Orange have made just one bowl game in the last eight years and SU is just 29-43 in the Dino Babers era.

But in 2022, there is a reason to be excited about the Syracuse football team. And that reason can be found in the Orange's backfield. In case you're unaware, running back Sean Tucker is one of the best in the entire country. Last year, he set plenty of program records, including becoming the single-season rushing leader:

But the thing that really separates Sean Tucker from every other player in college football are his postgame tweets. That's right, after each game, you'll see Tucker's thoughts posted on social media that include his commentary and stat lines. Here is what we got after Syracuse's Week 1 win over Louisville:

He doesn't just do this after wins, though. Sean Tucker does not hide how he is feeling after SU loses, just look at some of last year's postgame tweets:

Syracuse heads to Storrs this weekend for a battle with UConn. With a win, the Orange would be 2-0 for the first time since 2018 (SU is favored by 22.5). But no matter what, we'll be fortunate enough to get a postgame tweet from the one and only Sean Tucker.