In this blog, I'll go through the Top 5 draft picks in the MLB, NBA and NFL from the year 1998 and rank them. A couple of weeks ago, I did this exercise with the year 2001, which did the NBA dirty as that was one of the worst top shelf NBA draft classes in some time. It was the Kwame Brown draft.

Let's see if the NBA has better luck with 1998. I don't include the NHL in these rankings because I don't know enough about it to fairly rank the players but here are the top 5 in case you'd like to play along:

Lecavalier may not have been a generational talent but it's pretty cool he was drafted when the team was in the dumpster and stuck with them for 14 years and eventually won a Stanley Cup in Tampa.

The rules for the other three leagues haven't changed. The top player from each pick will get three points, second place will get one point and third place won't get any. The sport with the most points after five rounds wins. 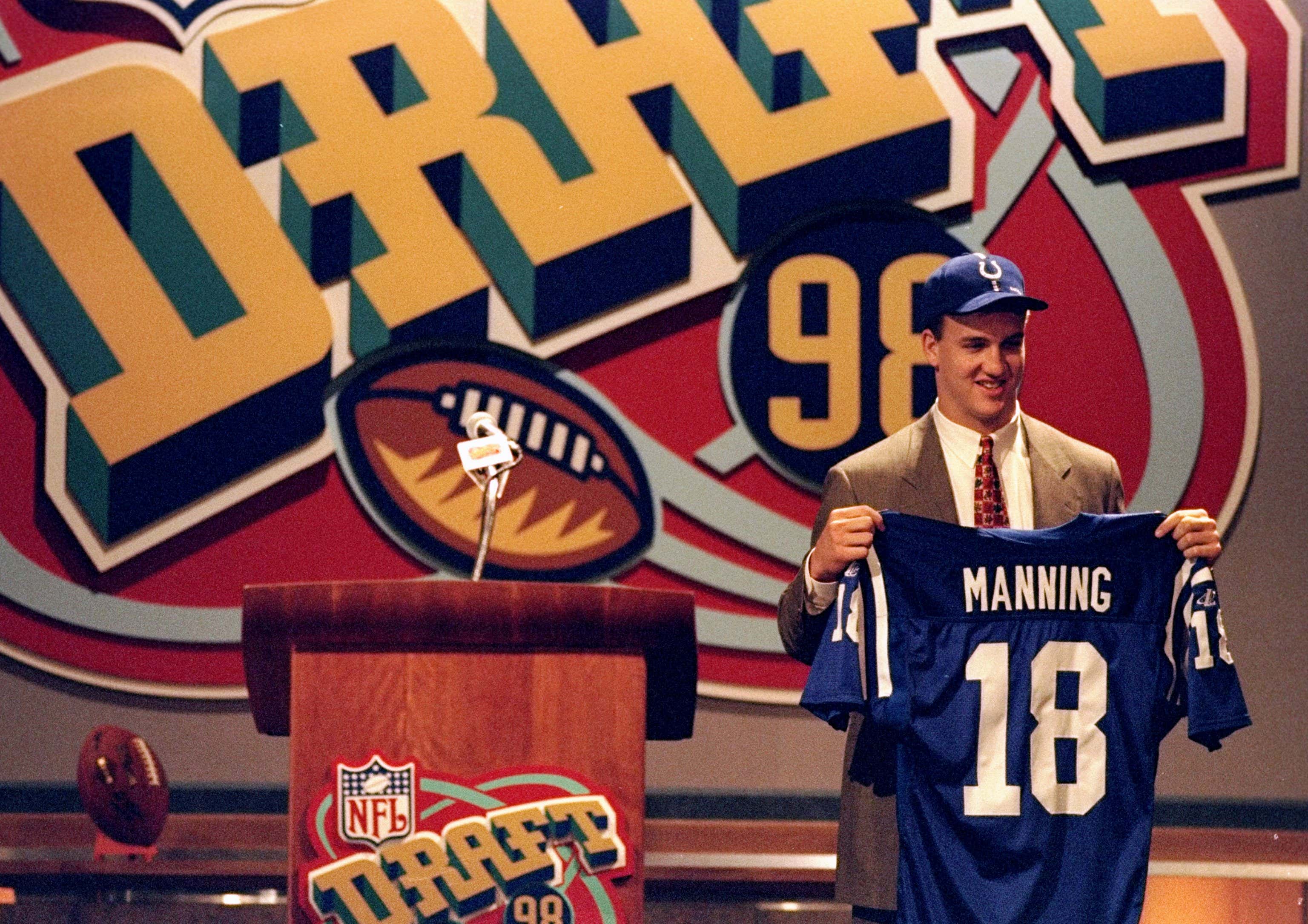 This is an astonishingly easy one to rank. You have a generational talent, a good but not great player and a bust. Manning is already one of four Pro Football Hall of Famers in this draft class along with Randy Moss, Alan Faneca and someone else drafted in the Top 5. I think sometimes we spend so much time comparing Manning and Brady, we forget how great Manning was. He had over 71,940 yards passing, threw 539 touchdowns and he won two Super Bowls. That's an amazing career. You won't find too many better #1 overall picks in any sport.

Burrell was a very good but not great player for the Phillies that hit 30 or more home runs in four different seasons. He started his career with the core of Scott Rolen and Bobby Abreu and lasted long enough that his last game as a Phillie was Game 5 of the 2008 World Series when they beat the Tampa Bay Rays. Pat The Bat wound up picking up another World Series win with the Giants in 2010. He finished with 292 home runs and was one of the best players to not make an All-Star team.

Maybe the NBA is worse at this than I thought? The first year we did for that was the Kwame Brown year and this is the Michael Olowokandi draft. The difference here is the 1998 NBA draft was stacked with talent. It all just went in the wrong order. The Candy Man averaged less than 9 points per game, Kareem Abdul-Jabbar called him "talented but uncoachable" and he had knee issues his whole career. Other than that, things went great for him in the NBA! 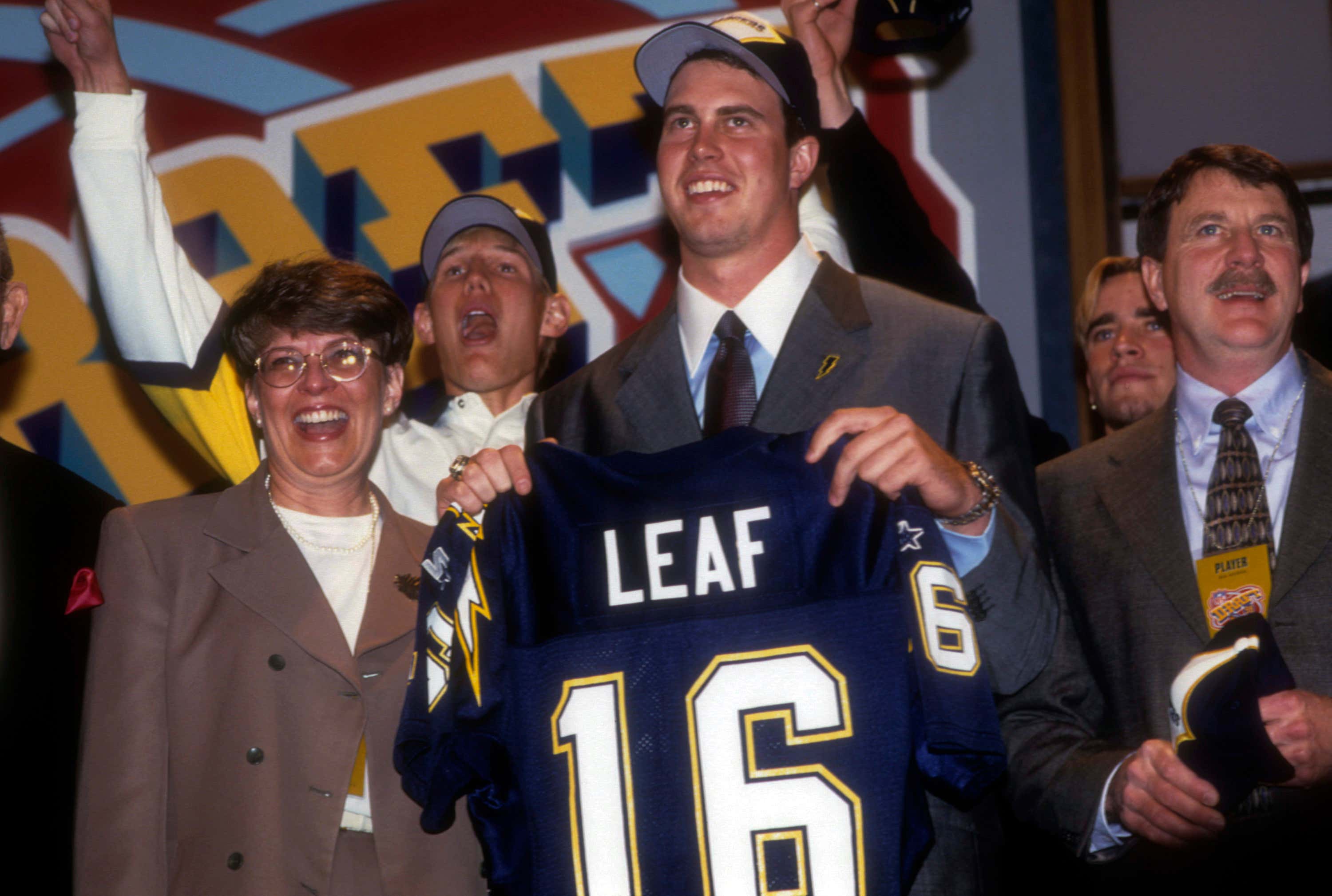 He's obviously the worst player but we have talk to about Ryan Leaf first, right? NFL Top 10 called him the worst draft pick in NFL history but is he the worst draft pick in sports history? Brien Taylor was taken #1 overall by the Yankees in 1991 and never played a game for them but Leaf was so bad, isn't not playing better? There are so many questions about the Ryan Leaf pick. Is there any package the Chargers could have offered the Colts to jump up and take Manning? Why did so many people have Leaf so high on draft boards when Matt Hasselbeck and Brian Griese were valued so low? I know they were both picked much further down and every team missed out on Hasselbeck especially but people were so high on Leaf. He finished his career with a win-loss record of 4-17 with 14 TD's and 36 INT.

Mike Bibby, another very good player who never made an All-Star team, had a nice career who got screwed over by terrible refs in the 2002 Western Conference Finals against the Lakers. If Bibby gets to the NBA Finals and wins a title against the weak Nets, he still may not make the Hall of Fame but it would be closer than you may think. He played 1000 games, had nearly 15,000 points and is 50th all-time in assists.

The worst of the the trioka of starting pitchers in Oakland that led the team to four straight playoff appearances, Mulder's career was very good but short-lived. With the A's, he was a two-time All-Star and even was the runner-up to Roger Clemens for the 2001 Cy Young. He was traded to the Cardinals after the 2004 season and pitched well for them the next year but that's when the wheels came off for him. He had a rotator cuff injury and would throw his last pitch in the majors at age 30.

This is the worst group of guys in either year I've covered. LaFrentz and Patterson both had pretty similar careers. Both were adequate for a few years but were never great. The exception is Patterson in 2003 when he got off to a strong start for the playoff bound Cubs before tearing his ACL in July. Watching Patterson, you can understand why the Cubs drafted him third. He was a five tool player but except for his speed, none of the tools were consistent enough to make a real impact in the big leagues. To his credit, he did stick around long enough to finish his career with over 1000 hits and 100 homers.

Similar to Patterson, LaFrentz suffered an ACL injury. For Raef, it happened in his 12th NBA game and he missed the rest of rookie season due to the injury. He's someone that was burdened by high expectations. Had he not been drafted so high and just allowed to be a role player, I think he would have had a more appreciated career. He was able to be exactly that for the Mavericks in 2002-03 and was a nice piece for a team that was only two games from the NBA Finals. Also like Patterson was with stolen bases, LaFrentz was exceptional at one thing as well: blocking shots. He's 48th all-time in blocked shots per game.

Andre Wadsworth would have been the best player of this group had he not gotten hurt. He had a very good rookie season before having three knee surgeries that left him cut by the Cardinals a couple years after that rookie campaign. I'd hate to bring it back to Ryan Leaf again but I can't help myself. The Chargers didn't have the #2 pick initially. The Cardinals did and the Chargers had to trade up to get Leaf and the package they gave up to move up one spot was huge. It cost the Chargers the #3 pick and a 2nd rounder in 1998 as well as their 1999 1st as well as established players Eric Metcalf and Patrick Sapp. Because of these moves, the Chargers would bottom out at 1-15 in 2000. 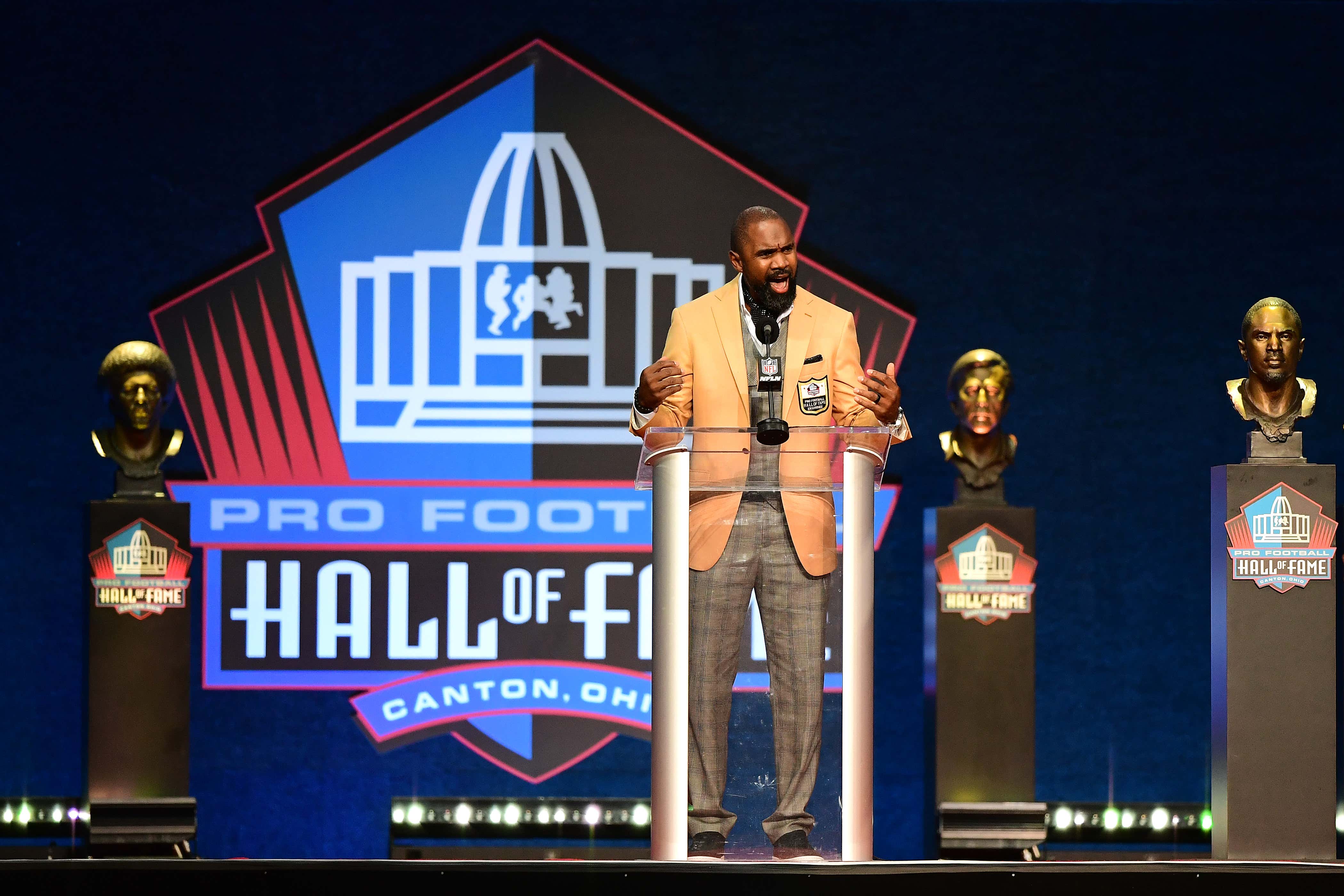 Charles Woodson is the other Hall of Famer I wrote about when discussing Peyton Manning. Woodson had an amazing career. He won AP Defensive Player of the Year, Defensive Rookie of the Year and a Super Bowl. He even made nine Pro Bowls. It is interesting to note that with the last two Super Bowls the Packers have won, they have signed a massive free agent on defense before winning the title (Reggie White and Woodson).

The best player on teams that were just OK, Antawn Jamison's skill set left him in a tough spot in the NBA. He was never good enough to be the best player on a title contender but what he could do best almost forced him to be the primary scoring option wherever he played. There was an exception to this in 2003-04, which was the sandwich year between his time with the Warriors and the Wizards. He wound up playing almost the whole season coming off the bench and was the NBA Sixth Man of the year. However, that team got knocked out in the first round and it didn't seem to utilize him as well as he could have.

The Royals had three first round picks in 1998. They drafted the following pitchers:

The Royals would have one winning season over the next 15 years. 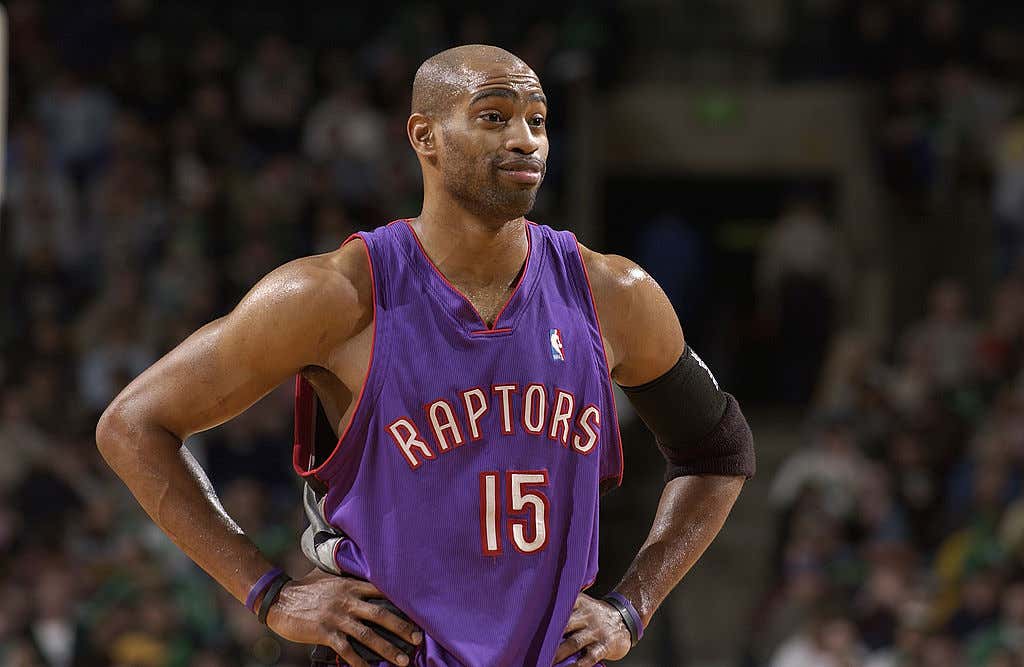 Vince Carter is among the best players in NBA history to never play in a NBA Finals. Labeled at first as a selfish player, he wound up playing so long that he was regarded as an incredible teammate and de facto coach with the Hawks by the end of his career. He'll obviously be a Hall of Famer as soon as he's eligible. This was an incredible draft class with Carter, Dirk Nowitzki (taken 9th overall) and Paul Pierce (10th).

It's been said about J.D. Drew that he wasn't great at anything but was good at everything. Drew wouldn't play if he wasn't 100% and because of that, he only played over 140 games in a season twice. His one year with the Braves in 2004 showed how incredible he could be but he would never put it together quite like that again. He'd have iconic postseason moments with the Red Sox and that would remind you of how great he maybe should have been.

Curtis Enis had bad knees and wasn't a good running back. He was out of the NFL after only 36 games. What should make this pick exceptionally frustrating for Bears fans is the running backs they chose Enis over. Fred Taylor was taken only four picks after Enis and other players like Robert Edwards (who had a fluke injury during Pro Bowl week ruin his career), Ahman Green and Michael Pittman would have been much better options than Enis.

This is much more in line with what I expected instead of what we saw when I did this before. Having said that, 1998 was an especially bad draft for the MLB. The NFL have had at least four HOFers from this draft, the NBA will have three and other than C.C. Sabathia (who went 20th overall), no one will come close to Cooperstown from this group. Unless we can include some parallel universe where J.D. Drew was able to put it all together and is winning multiple triple crowns.