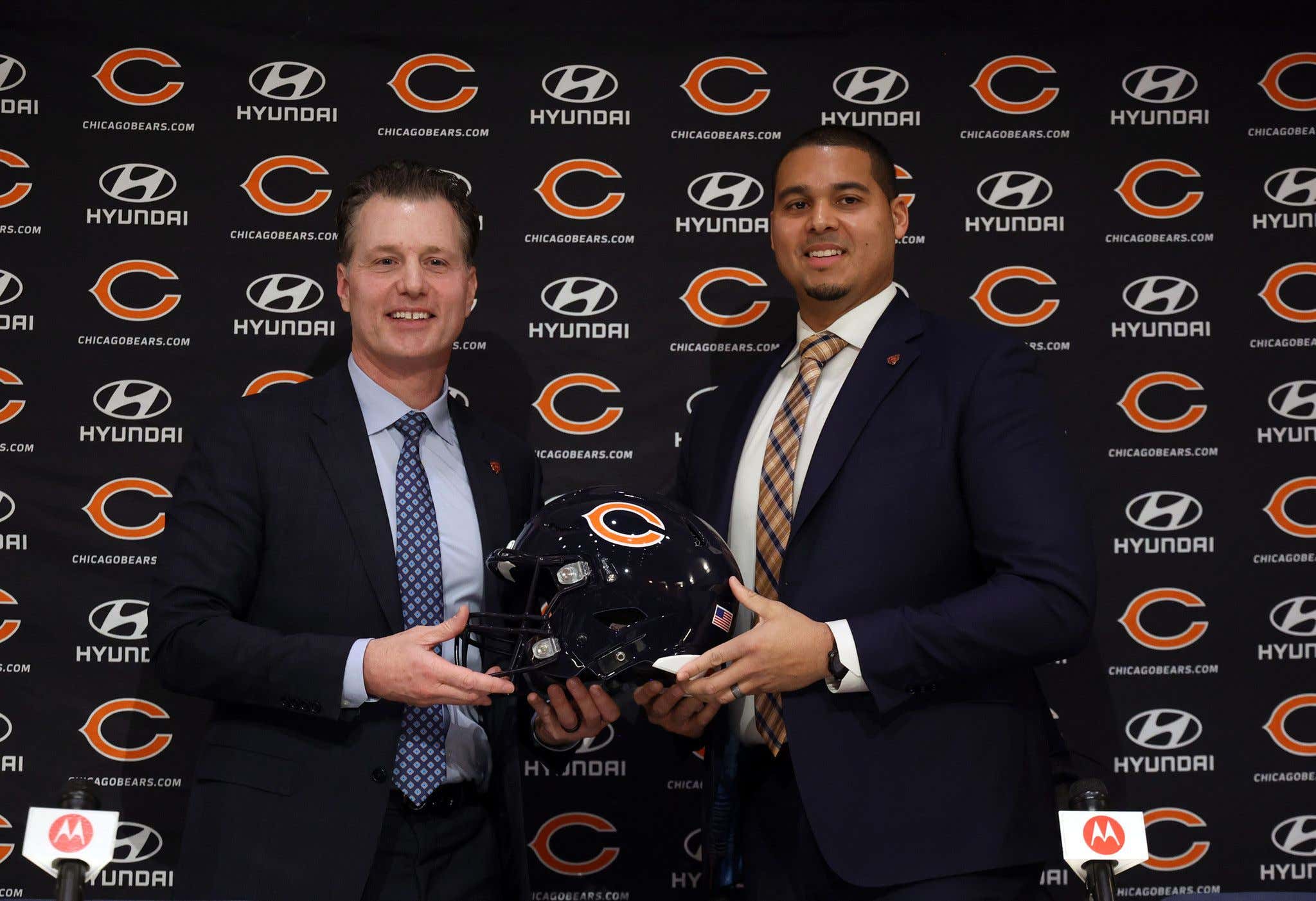 With the NFL kicking off this week, I'm putting together quick recaps of what happened in the off-season and some storylines for each team so when you're at the bar or a buddy's place watching the games, you can pick up on the some general themes and not be totally out of the loop for not reading Adam Schefter's tweets for the last 7-8 months. With the Rams vs. the Bills getting things started on Thursday, we gotta get in gear. I've been pumping them out, so here is the NFC West, NFC East, and NFC South. Here is the NFC North:

- Matt Nagy was fired as was GM Ryan Pace, they brought in GM Ryan Poles and he hired HC Matt Eberflus who was previously the Defensive Coordinator for the Colts.

- Can Justin Fields take the next step? Changing a regime when your Quarterback is going into Year 2 is never a strategy that is advised. Fields isn't their guy, but can he play his way into that? They didn't surround him with that many weapons. Darnell Mooney is his WR1.

- EDGE Khalil Mack was traded to the Chargers in a rebuilding move. They couldn't afford him and they know they're not a real contender this year so the move made sense.

- WR Allen Robinson has left for the Rams, DT Akiem Hicks is now with the Bucs, RG James Daniels is now on the Steelers, LT Jason Peters just signed with the Cowboys this week and QB Andy Dalton is now with the Saints backing up Jameis Winston.

- One of their 2nd Round picks, Safety Jaquon Brisker has been making quite an impressions during camp and the pre-season

- Can Dan Campbell & co. keep the momentum going after finishing 3-3 in their final 6 games last year?

- Will Jared Goff be able to play his way into a long-term starter for the franchise? They Lions have multiple 1st round picks next year as they own the Rams pick so could have some flexibility.

- They took the hometown kid, Michigan's own Aidan Hutchinson #2 overall to get after the Quarterback. He's looked good so far in pre-season.

- Can D'Andre Swift stay healthy for a full season? He's lights out when he plays, but has battled injuries in his first two seasons.

- In addition to Hutchinson, they drafted Alabama speedster Jameson Williams in the 1st Round. He tore his ACL in the National Championship Game and will miss some time, but word on the street is he's ahead of schedule. How soon hell return is still undetermined.

- The Lions continued to add speed on the outside with the signing of WR DJ Chark in Free Agency.

- Davante Adams has been dealt to the Raiders, who is catching the ball from the reigning MVP?

- They drafted a pair of Georgia defenders in LB Quay Walker and DT Devonte Wyatt. You may have already made some money of Quay Walker if you followed my NFL Draft Props. 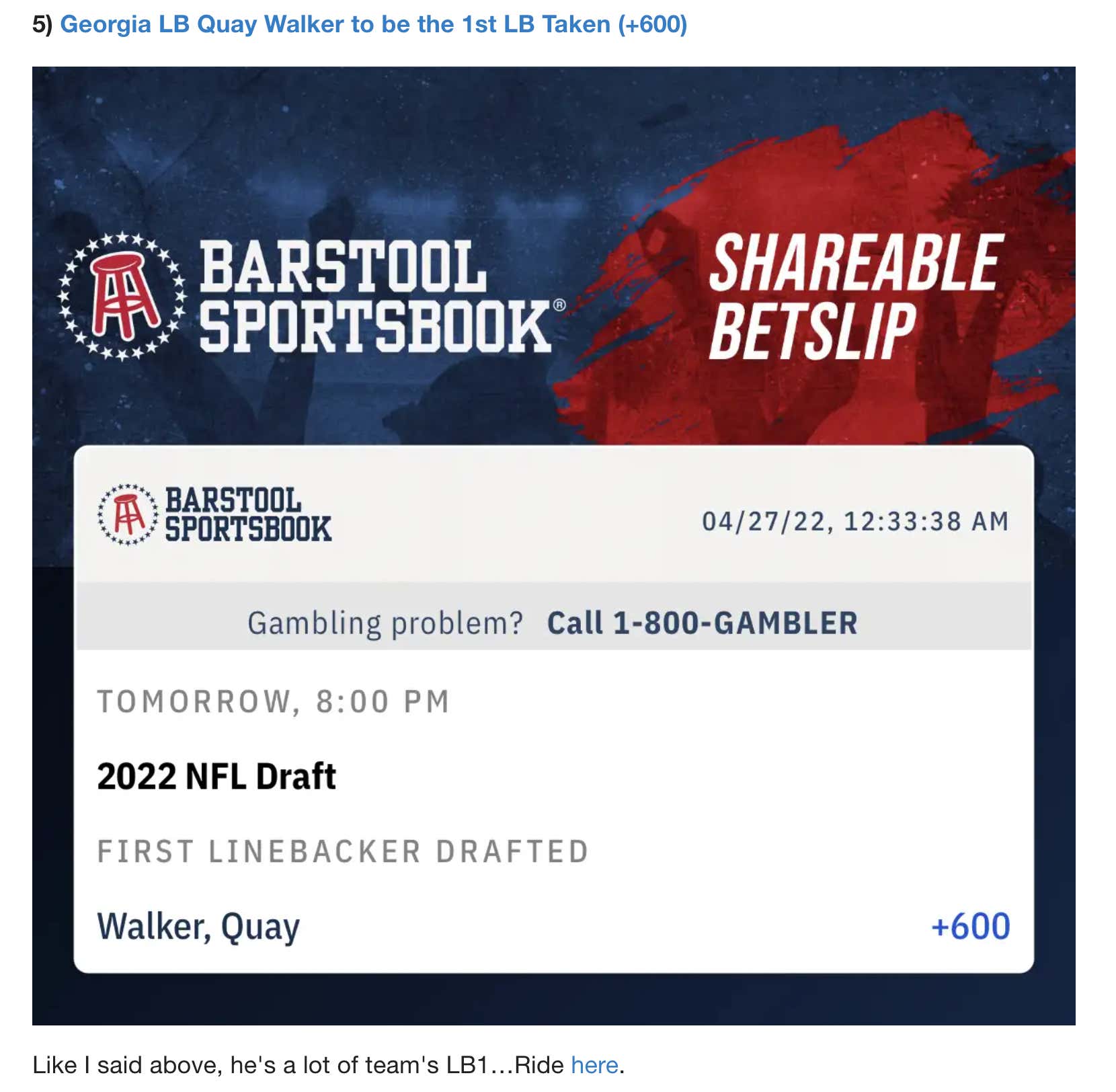 - Mike Zimmer and GM Rick Spielman are out and in are HC Kevin O'Connell and GM Kwesi Adofo-Mensah are in. Will O'Connell take Kirk Cousins to the next level? Rumors are out there that Cousins and Zimmer hated each other.

- Can Dalvin Cook stay healthy for a full season? Something he hasn't been able to do in each of his first five seasons.

- Will Justin Jefferson take over as the best Wide Receiver in the NFL? He's certainly trending that way after 3,016 yards and 17 TDs in his first two years.

- They drafted Georgia Safety Lewis Cine in the 1st Round who is a lights out and should make an instant impact.