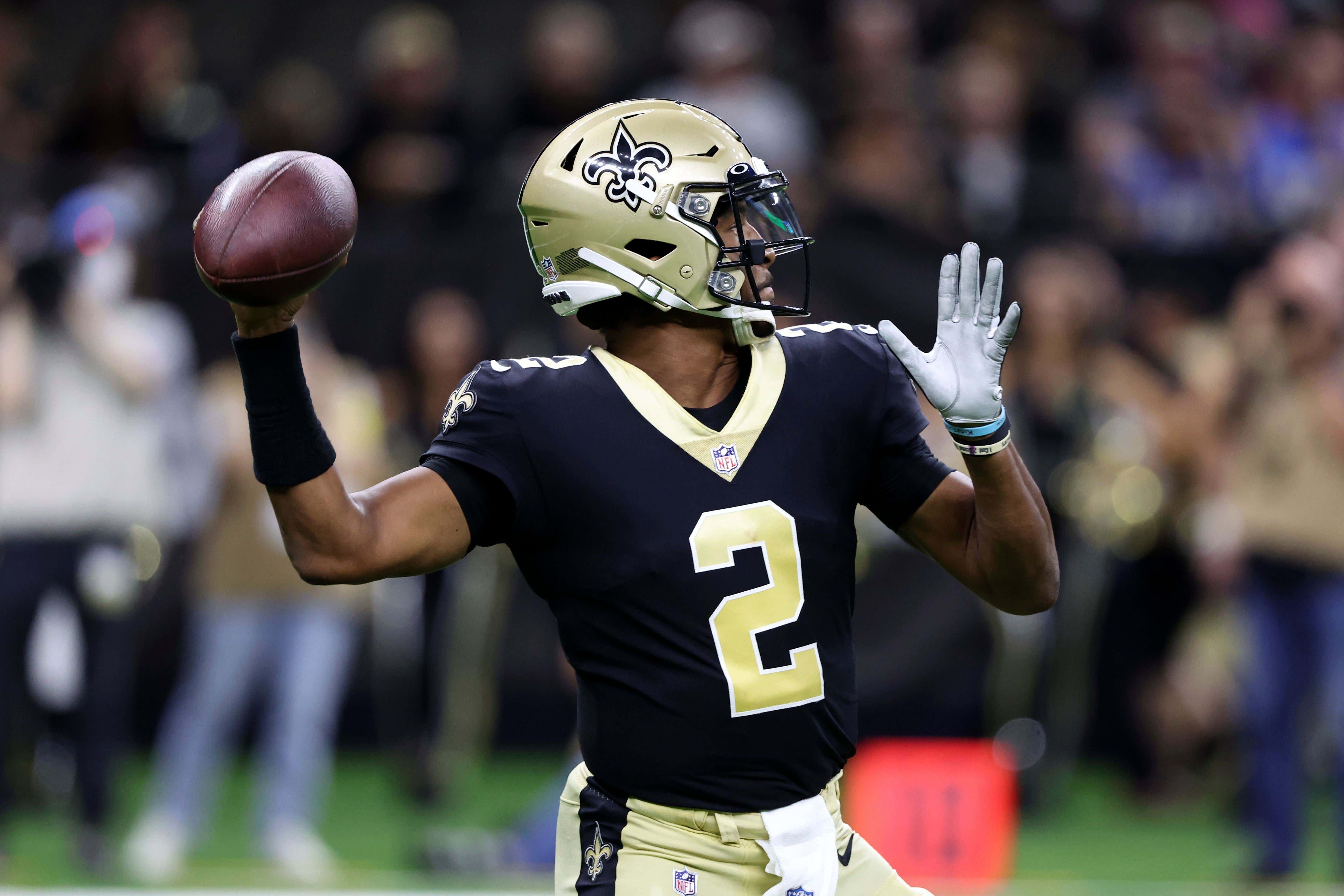 With the NFL kicking off this week, I'm putting together quick recaps of what happened in the off-season and some storylines for each team so when you're at the bar or a buddy's place watching the games, you can pick up on the some general themes and not be totally out of the loop for not reading Adam Schefter's tweets for the last 7-8 months. With the Rams vs. the Bills getting things started on Thursday, we gotta get in gear. We started yesterday with the NFC West and NFC East, so here is the NFC South:

- It's a new day in Atlanta with Matt Ryan not starting for the first time since the 2007 season. They've replaced him with Marcus Mariota. The Former #2 overall pick out of Oregon has a chance to revive his career.

- WR Calvin Ridley has been suspended for the season for gambling. The guy made a $1,500 8-team parlay and bet on his team to win in that parlay. Get him out of here!

- Can Kyle Pitts take the next step to become a truly dominant Tight End? He finished with over 1,000 yards as a rookie but only scored 1 touchdown.

- With Matt Ryan gone, they've brought in Marcus Mariota who was the #2 overall pick in the 2015 NFL Draft. They also drafted a guy in Desmond Ritter out of Cincinnati with a very similar skill set to Mariota

- They drafted a blue chip WR out of USC, Drake London 8th overall

- They lost WR Russell Gage in Free Agency to a team in the same division, the Tampa Bay Buccaneers

- Baker Mayfield is now starting at Quarterback and Sam Darnold is on the shelf nursing an injured ankle. He was dealt from the Browns after up and down success there. Baker will have his chance for revenge as the Panthers get the Browns in Week 1.

- Can Christian McCaffrey regain his All Pro form? He's only played 10 games in his past 2 years, but he's a popular early selection in fantasy drafts still.

- Robbie Anderson changed the spelling of his name from Robby to Robbie this off-season. I just want that known. All-time wild move.

- Head Coach Matt Rhule is on the hot seat, can he live up to the expectation of turning organizations/programs around?

- Baker Mayfield was brought over via trade

- Sean Payton has retired, replaced by Defensive Coordinator Dennis Allen. Can they remain a contender?

- Jameis Winston is coming off a torn ACL, can he finally play under control football and reach his full potential?

- Alvin Kamara had an off-the-field incident during the off-season and faces a suspension. However, the court case has been pushed a few times and it appears any suspension from the league will happen next year and not this year.

- They had two 1st round picks and took WR Chris Olave out of Ohio State and LT Trevor Penning out of Northern Iowa. Penning got hurt in the pre-season and it out til sometime in November. Olave has looked good so far in pre-season.

- Tom Brady has come out of retirement and will be playing in his 23rd NFL season at Age 45. Can he still stay as productive as ever?

- Will Rob Gronkowski eventually return to the team? He says he's retired, but his girlfriend, Camille Kostek, and agent, Drew Rosenhaus both foresee him not being done with football.

- Can Julio Jones find the fountain of youth? Reports are that he looks outstanding and he's been a favorite target of TB12 in camp.

- You can bet his OVER 550.5 receiving yards which is my LOCK OF THE YEAR here:

- EDGE Jason Pierre-Paul is now gone (I am sad about that), along with DE Ndamkunong Suh, and LG Ali Marpet. TE Rob Gronkowski is also retired (for now)