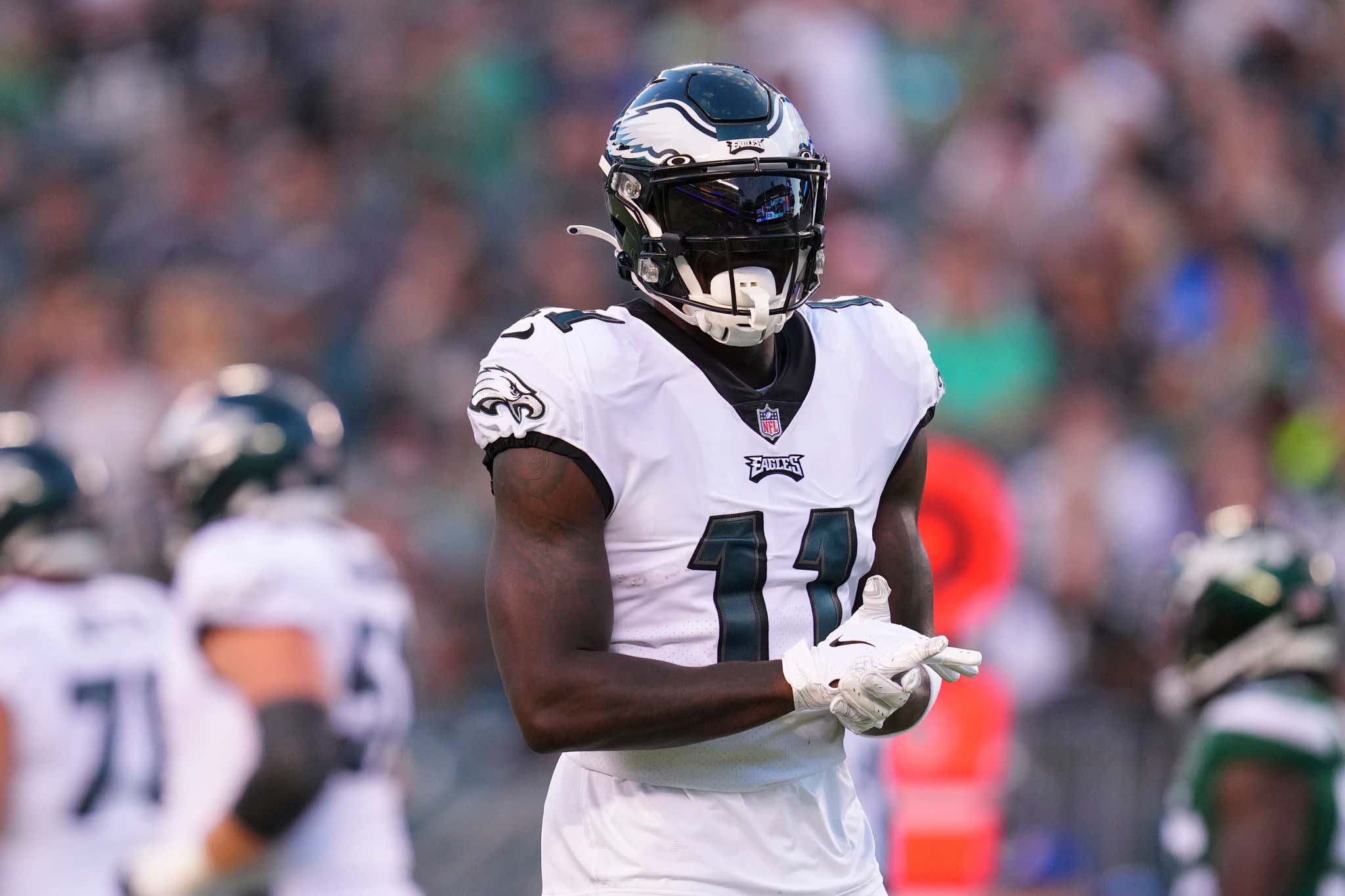 With the NFL kicking off this week, I'm putting together quick recaps of what happened in the off-season and some storylines for each team so when you're at the bar or a buddy's place watching the games, you can pick up on the some general themes and not be totally out of the loop for not reading Adam Schefter's tweets for the last 7-8 months. With the Rams vs. the Bills getting things started on Thursday, we gotta get in gear. We started yesterday with the NFC West, so here is the NFC East.

*All odds and lines via the Barstool Sportsbook

- This team is beat up. Left Tackle Tyron Smith's torn hamstring is a huge problem that may cause him to miss the entire season. He'll be out at least a few months. Wide Receiver Michael Gallup will be limited the first few weeks of the season coming off an injury as well.

- Who will be the lead dog in the backfield? Zeke Elliott has been declining for a few years now while backup Tony Pollard shined when he got opportunities last year. Is this the year Pollard takes over as the starter?

- Can CeeDee Lamb take the next step? He was terrific last year, but wasn't the same guy after he got concussed. He's had quite a long time to heal, so will he be the dominant force the Cowboys drafted him to be?

- How will Dak Prescott fare with a depleted Receiving Corps and missing his Pro Bowl Left Tackle?

- Can Micah Parsons pick up where he left off? He was on Defensive Player of the Year track towards the end of his rookie season.

- EDGE Rusher Randy Gregory has joined the Broncos while they brought in Dante Fowler Jr. as a replacement

- The Cowboys drafted Left Tackle Tyron Smith's future replacement, Tyler Smith out of Tulsa in the 1st Round. He was working as a Left Guard in Camp until Smith went down.

- The Giants have a completely new regime Joel Shoen as GM and former Bills Offensive Coordinator Brian Daboll coming over to be the Head Coach. Daboll worked with Josh Allen for years and now gets another big, mobile QB with a big arm to work with in Daniel Jones.

- Can Daniel Jones make the leap? The team did not pick up Jones' 5th year option, so he will be a Free Agent after this coming season. But New York has finally put a staff around him that could bring him to the next level.

- How good can the Offensive Line be? The Giants spent a 1st round pick two years ago on a Left Tackle, Andrew Thomas out of Georgia. He's been getting better and better and now spent a top 10 pick on Evan Neal out of Alabama who will play Right Tackle. Can this new line with four new starters keep Daniel Jones upright?

- Saquon Barkley is in a make or break year. The injury riddled star is in the final year of his deal with the Giants and really needs to put together a good season in order to set him up for another big payday in New York or elsewhere.

- Tight End Evan Engram has signed with the Jaguars

- Cornerback James Bradberry was released and signed with the Eagles

- The drafted Evan Neal to play Right Tackle and also took Kayvon Thibodeaux out of Oregon to rush the passer at #5 overall. A guy who has been surprising in camp in Kentucky WR Wan'Dale Robinson - watch out for him this year.

- They traded their 1st Round Pick during the Draft to the Titans for WR A.J. Brown, then promptly signed him to a 4-year $100M contract. He had a friendship with Jalen Hurts and now they'll get to play together. Can Brown take Hurts to the next level?

- Will they stay a predominantly running team? After starting the season with Jalen Hurts airing it out, they moved to a run-based attack that saw a lot of success. With DeVonta Smith last year and now investing another 1st Round Pick this past year in A.J. Brown - will the Eagles now go back to airing it out?

- Can Jalen Hurts take that next step? The Eagles have multiple draft picks next year so have the ability to move up in the Draft and take a Quarterback they like, but they're giving Hurts every chance to prove to them they don't need to do that. Will he take advantage?

The Eagles drafted Jordan Davis, the massive Defensive Tackle out of Georgia. Early reports have been promising.

- In addition to trading for A.J. Brown, Philly also signed CB James Bradberry who will team with Darius Slay to form an elite Cornerback duo

- They have shaken the Washington Football Team name and gone with the Washington Commanders. I'm not a big fan of the name but I'm sure it'll grow on me over the coming years.

- How will Carson Wentz fare on his third team in three years? He was not bad last season, he actually threw 27 TDs to just 7 INTs, but his INTs were ugly. Can he lead the this team to a division title? The odds are pretty good at 5:1.

- Promising rookie RB Brian Robinson out of Alabama was in line to be the starter but was just shot last week in an armed robbery attempt. What will his recovery timeline look like?

- Antonio Gibson has been solid the past two years but had fumbling issues in 2021. He fumbled his second touch of the pre-season which led him into Head Coach Ron Rivera's dog house and had him working on Special Teams before Robinson's injury.

- They invested big time in Wide Receiver in both re-signing Terry McLaurin to a big deal and drafting Jahan Dotson out of Penn State in the 1st Round. He's had great chemistry with Wentz early on.