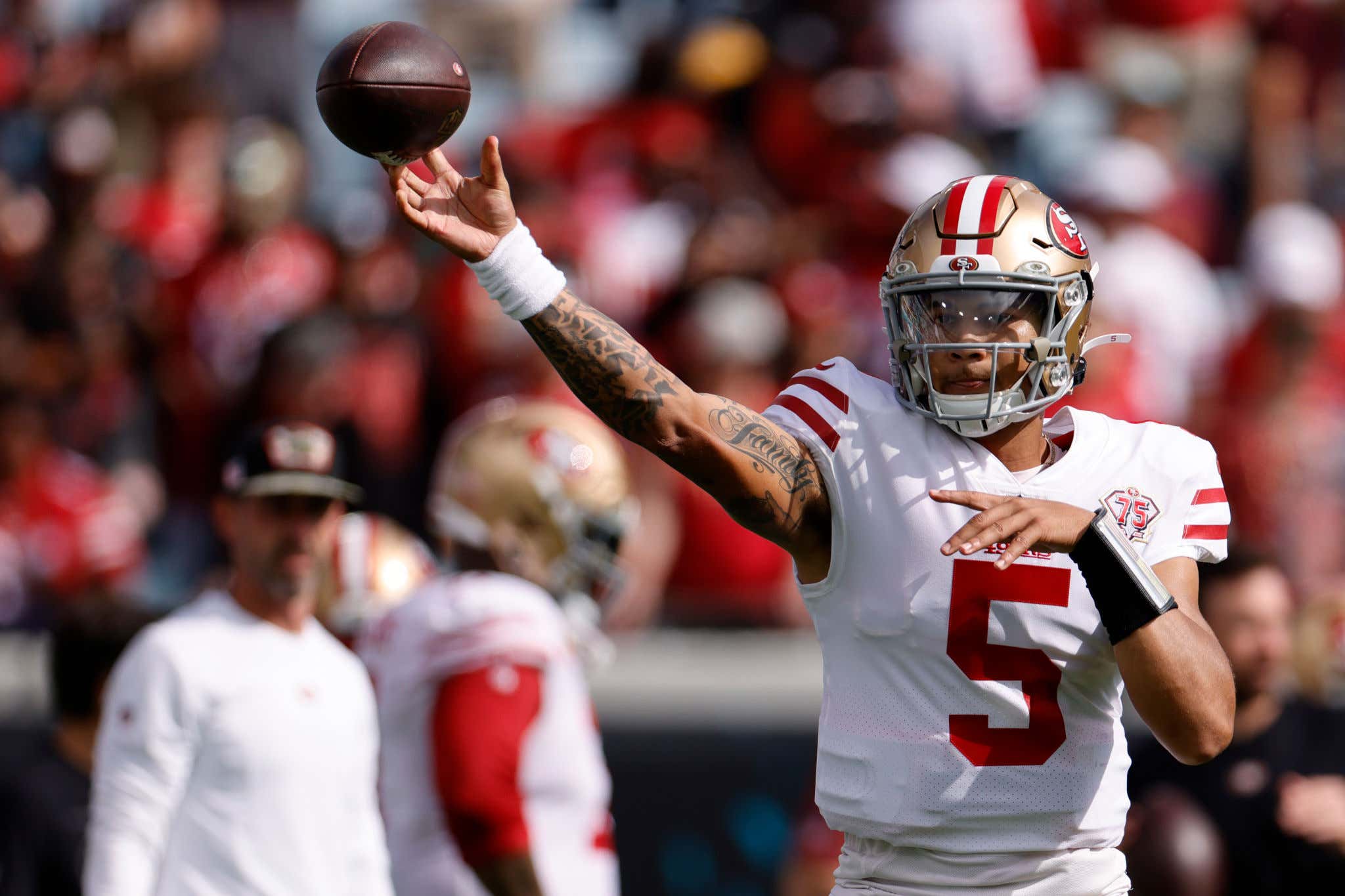 With the NFL kicking off this week, I'm putting together quick recaps of what happened in the off-season and some storylines for each team so when you're at the bar or a buddy's place watching the games, you can pick up on the some general themes and not be totally out of the loop for not reading Adam Schefter's tweets for the last 7-8 months. With the Rams vs. the Bills getting things started on Thursday, I figured I'd start with the NFC West to get the defending champs covered in time.

- Superstar WR DeAndre Hopkins is suspended for the first six games of the season for getting popped for PEDs. Hopkins is denying he took anything that would actually help his on-field performance but apparently there were trace amounts of something illegal in something he took.

- The Cardinals traded for Marquise "Hollywood" Brown who spent his first three seasons in Baltimore. Brown is the cousin of legendary WR/headcase Antonio Brown and played with Kyler Murray at Oklahoma.

- Kyler Murray signed a contract extension which included a weird clause that included watching at least 4/hours of game tape per week (which the team can track via their team issued iPads). It seemed like an odd clause that they got some backlash for and promptly removed, but then someone did a study showing how much Kyler's performance lags on weekends in which Call of Duty does 2 XP weekends. So watch out for those fantasy managers and gamblers.

- Can the defending Champs repeat? Winning a second year is always tough because everybody is gunning for you and you'll get every team's very best shot.

- Will they be able to get after the Quarterback without Von Miller? Miller was a big mid-season signing and proved vital to their Championship run. He's now in Buffalo and will get the chance to put it on his old team on Thursday night. The Rams didn't exactly replace him with anybody that gives you confidence, so that's a big loss.

- Matthew Stafford reportedly had a sore elbow during camp, that's something to keep an eye on during the year. But his elbow looked good in this Amazon commercial launching their new Thursday Night Footballs 100+ yards.

- As stated above, Von Miller is gone, now playing for the Bills. They still have the best Defensive Player maybe ever in Aaron Donald, but can they generate pressure off the EDGE?

- Longtime Left Tackle Andrew Whitworth has called it a career and retired. Joe Noteboom will place him at LT.

- WR Odell Beckham Jr. has not been signed by any team and not expected back with the Rams at this time

- They signed long-time division rival, Middle Linebacker Bobby Wagner away from the Seahawks. Wagner is still a good player, but up there in age at 32 years old.

- How good will Trey Lance be? He's going to start at Quarterback and he's a huge mystery. Their performance this season will rely a lot on how Lance plays. He has started a combined 3 football games in the past two years, but he's got insane arm talent and mobility.

- Jimmy G has returned to the team after a long absence and is reportedly going to suck it up and just be a backup to Lance.

- After a trade request, Deebo Samuel ended up signing a new deal to stay in the Bay area.

- They lost Left Guard Laken Tomlinson to the Jets

- Raheem Mostert, who was vital in their Super Bowl run has left and is now in Miami

- Russell Wilson was traded to Denver this off-season where he bought an insane new house with an embarrassment of a basketball court. Week 1 the Seahawks will host the Broncos on Monday Night Football.

- Included in that trade for Russ was Broncos Quarterback Drew Lock who they Seahawks claimed they were high on throughout his Draft process. As for training camp and the pre-season, he did not impress.

- Therefore, Geno Smith will be the starter and most pundits are expecting this to be one of the league's worst teams.

- The last remaining member of the Legion of Boom defense, Bobby Wagner defected to Los Angeles and will play for the division rival Rams this season.

- They drafted a Left Tackle to replace him, Charles Cross out of Mississippi State 9th overall. They also took and EDGE rusher out of Minnesota, Boye Mafe 40th overall and a Runningback, Kenneth Walker III out of Michigan State 41st overall. Walker has a chance to see the field a lot early. Not a big pass catcher, but a natural, compact runner.