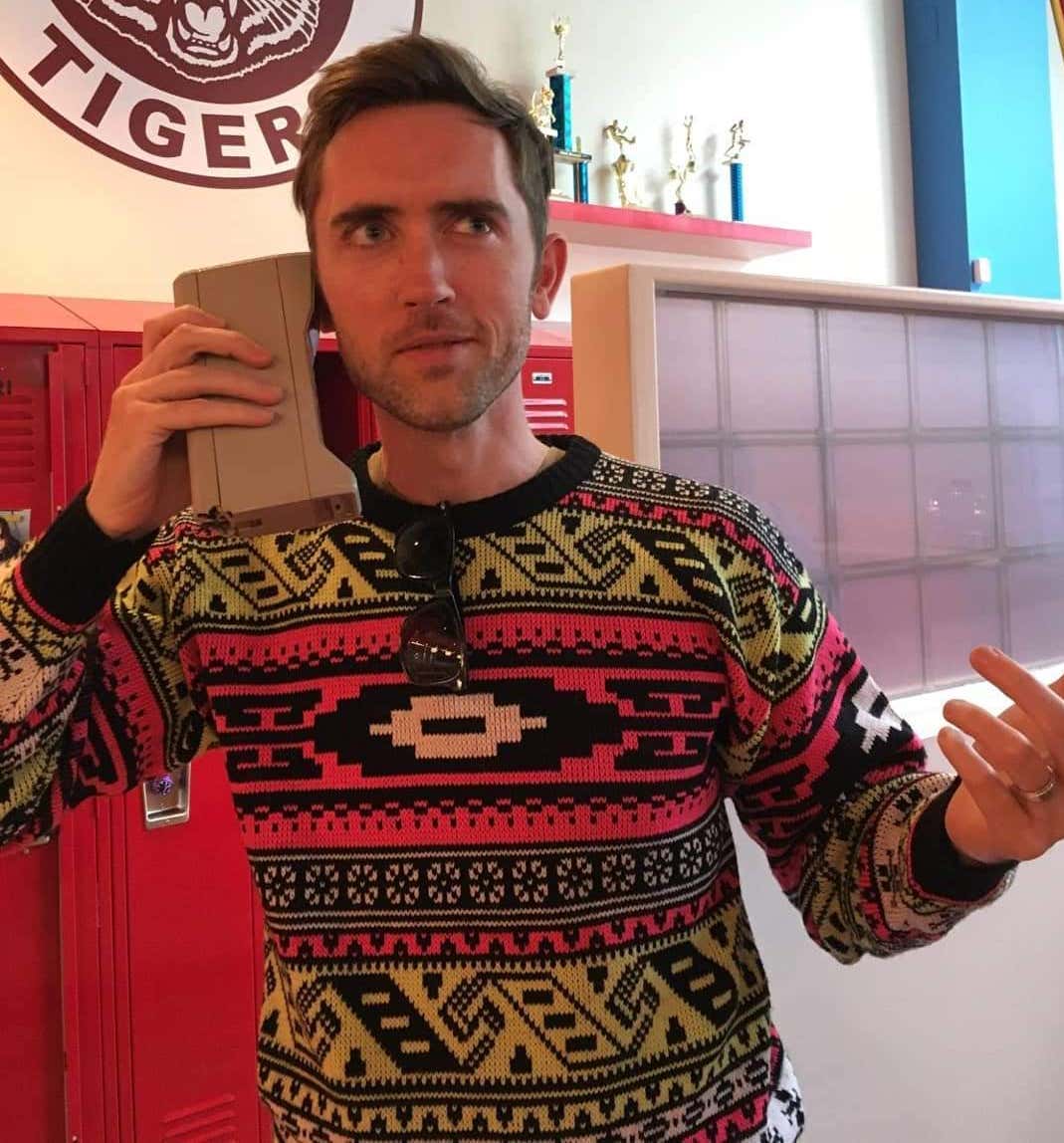 Look, this might be my first article with Barstool, but make no mistake - I'm no rookie. As a matter of fact, I've already been supplying the Pardon My Take crew with fun stat nuggets over the past year and am stoked to continue doing so this NFL season.

Humor writing has always been the marrow in my bones. After reading too many Dave Barry columns at a young age, I tried my hand writing humor for my college newspaper with high acclaim from many of my roommates. After college, the only writing outlet left was my fantasy football league where, for the past ten or so years as league Commish, I've published an annual "Midseason Report" every October. This personalized dossier on all 12 teams grew from just a few pages to a 20-25 page monster in recent years. Probably goes without saying the entire thing is just a guise for a roast where I conjure up whatever stat necessary to Commish-splain why I (2X champion and 1X Yahoo diamond level 99-percentile finisher) am better than my idiot friends. To their credit, they make my job pretty easy.

The Midseason Report is important in my story because it made me realize two things. 1) I have a passion for playing with numbers to fuel comedic shit-posting. 2) The league actually looks forward to the report more than the game itself. Eventually, I couldn't help but feel thankful, supported, and recognized by those that knew me best which led to the following thought crossing my mind - "why should these turd brains be the only ones that get to enjoy my work?"

It's been three years now since I posted my first comedic sports analytics blog "Stathole Sports" after this epiphany. The goal was to leverage my data analysis programming skills towards general sports humor in order to reach a wider audience which couldn’t have worked any better as Big Cat discovered me early in the NFL season last year. But let's get to some specifics here. You’re bound to learn a thing or two you won’t find on 538 if you follow my blog. For instance, did you know a professional NBA player once missed 35 shots in a row as a - and I think this is worth repeating - professional basketball player in the NBA?

Remember the 2019 Miami Lolphins? Yeah, they held the worst point differential after the first five weeks in NFL history - topping teams like the 1923 Oorang Indians (a team literally created to market the owner's dog kennel company) all while the Lolphins even had a bye in the first five weeks to work with as a handicap to limit their beatings.

You may also not know the Buffalo Bills posted a top-100 percentage of drives of a game ending in a touchdown vs the Chiefs in the 2021 playoffs. 55.5% of their drives that night ended in paydirt. Here’s how that turned out for them and the other 99 teams: 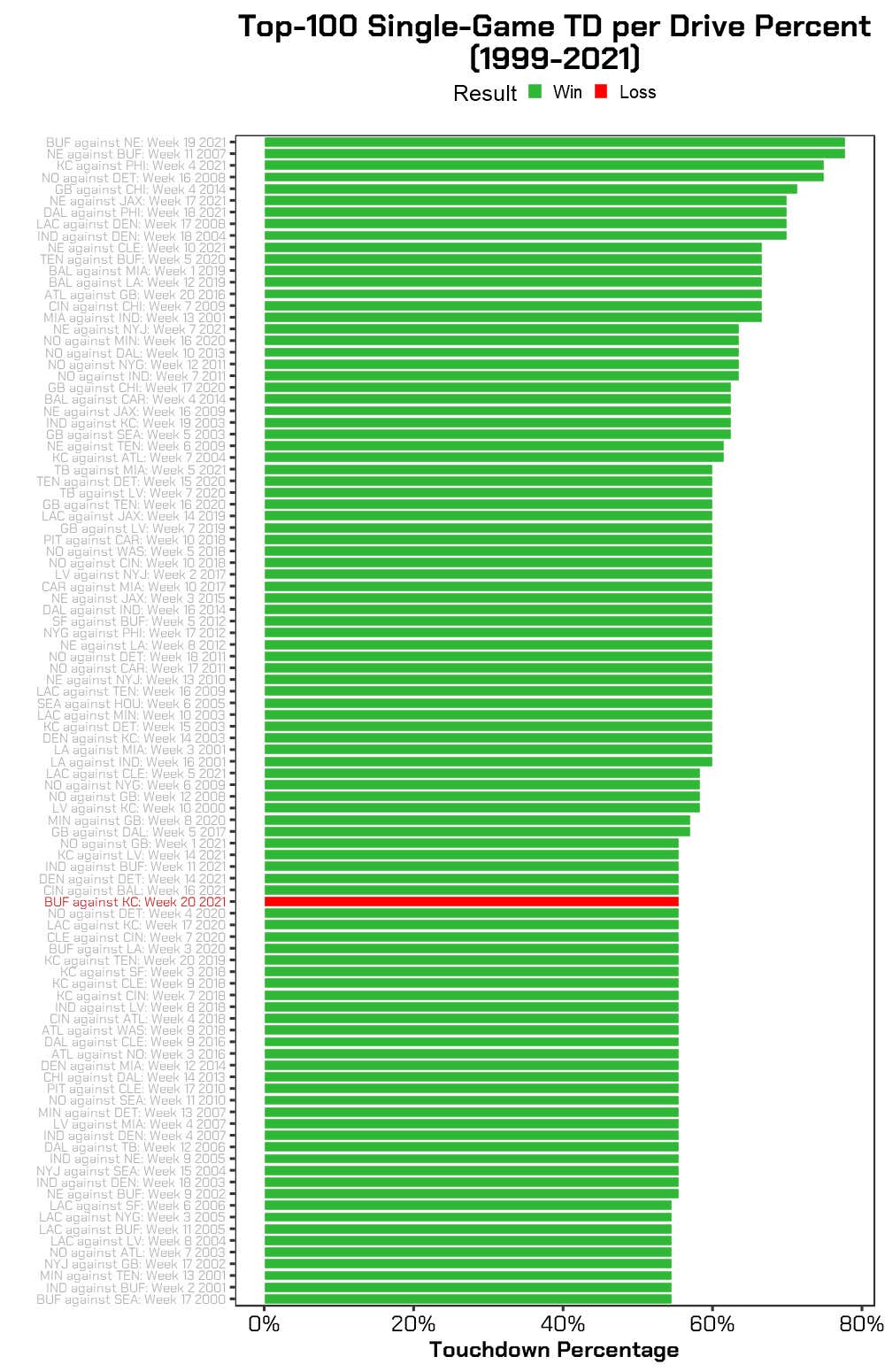 We all know the NFL is king and while I look to cover sports of all sizes, you can expect a heavy amount of pigskin blogs and graphs on the timeline coming your way. And I’m very excited to supply the Pardon My Take boys some fun ammo this season too. Allow me to share a few of my resume bullet points from last year:

Don't worry, I'm more versatile of a statistician than to pigeon hole myself solely in the sad stats niche. I can go the positive route too - especially if it's in effort to help PFT during hard times when his Washington Commanders acquired Carson Wentz. At the behest of Big Cat asking me to come up with ANYTHING to spin this signing as a good thing, I was able to discover key Wentz facts for every month of the regular season to get PFT to buy in. For instance:

Now, not everything I blog will always be stats related. That shit takes time. If I come across a story I think I can connect on to provide you even just a chuckle on your work break, lunch, or before rising to your feet to reach for toilet paper, I'm shooting my shot. But this intro should give you a fair idea for what’s to come. Just a classic roaster who can make some graphs on a computer, really. Think of a poor man's Jon Bois with zero video production skills. Then, think about who that guy's poor man is. That's probably me. Excited yet?

Well, I am. I'm absolutely stoked to spread some 6/10 level jokes and make this god forsaken world a lighter hearted place one blog at a time. Because at the end of the day, content like this should be enjoyed by all. Not just my 11 dipshit league mates. They'll be hearing from me come October.