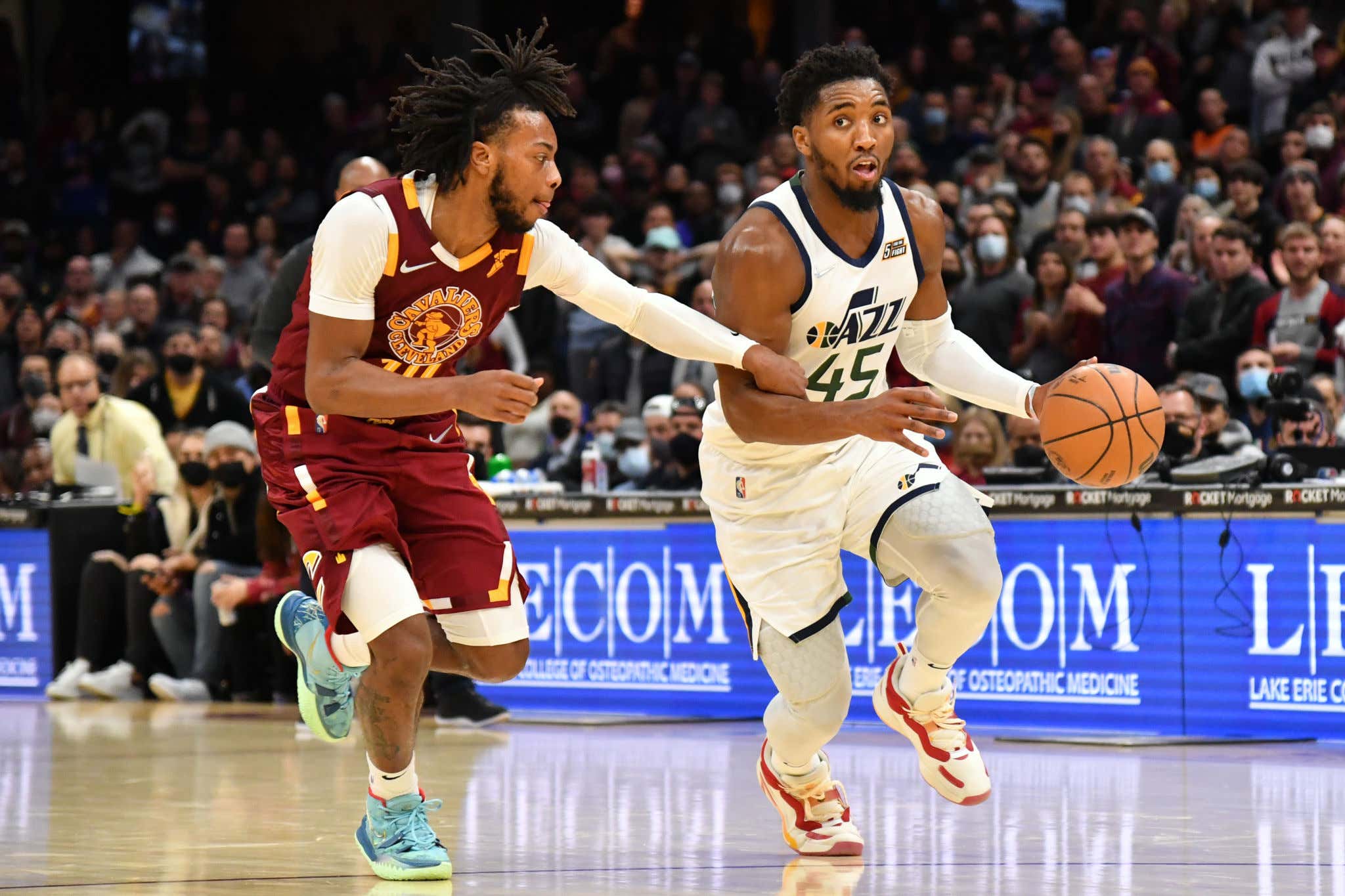 Now that my friends, is a Woj bomb. A Woj nuke even. It was just a few days ago it was reported that the Cavs were OUT on a Donovan Mitchell trade

which is confusing considering they just traded for Donovan Mitchell. I wonder if this was one of the mystery teams Ainge was leaking info about? They paid the price in terms of picks that teams like the Knicks weren't interested in making, which given their roster isn't that big a deal because the Cavs should be really fucking good for the foreseeable future. Given that you can play Mitchell off ball, I don't mind his fit next to Darius Garland. Then when you factor in all the 7fters protecting the rim for the Cavs, they can handle Mitchell's defensive issues in a similar way the Jazz used to with Gobert.

So who did they give up in terms of players?

That's it! Lauri is an OK stretch big, and the Cavs didn't even want to pay Colin Sexton this summer (RFA) so to turn both of those guys and a rookie SF into Donovan Mitchell is pretty impressive. Shoutout to Mike Gansey and Koby Altman who have done an INSANE job rebuilding this team post LeBron/Kyrie.

When you inject this type of talent into a roster that was already a top 4 seed before they got killed with injuries, it's a pretty big deal. Why couldn't the Cavs who were already nails defensively now be solidified as a top 4 seeded team?

From the Jazz side, they decided they DID want to pay Sexton

they get some good talent with Lauri (who only has 2 years left on his deal) and a good young wing prospect to help fill that position of need. Of course, the picks are I'm sure what Ainge truly cares about, and I'm pretty sure he's totaled 13 picks between the Wolves and Cavs. That's pretty nuts and you know Sam Presti is jealous as shit.

This feels like one of those trades where everyone got what they wanted and there's no real loser. The Jazz don't care about being good and they got their pick haul and a couple good players, the Cavs got a star for some expendable talent and picks that likely won't be that high.

The losers? Possibly the Knicks who probably should have just paid Ainge's price and the Lakers who now probably lost a team willing to take on Westbrook only to waive him.