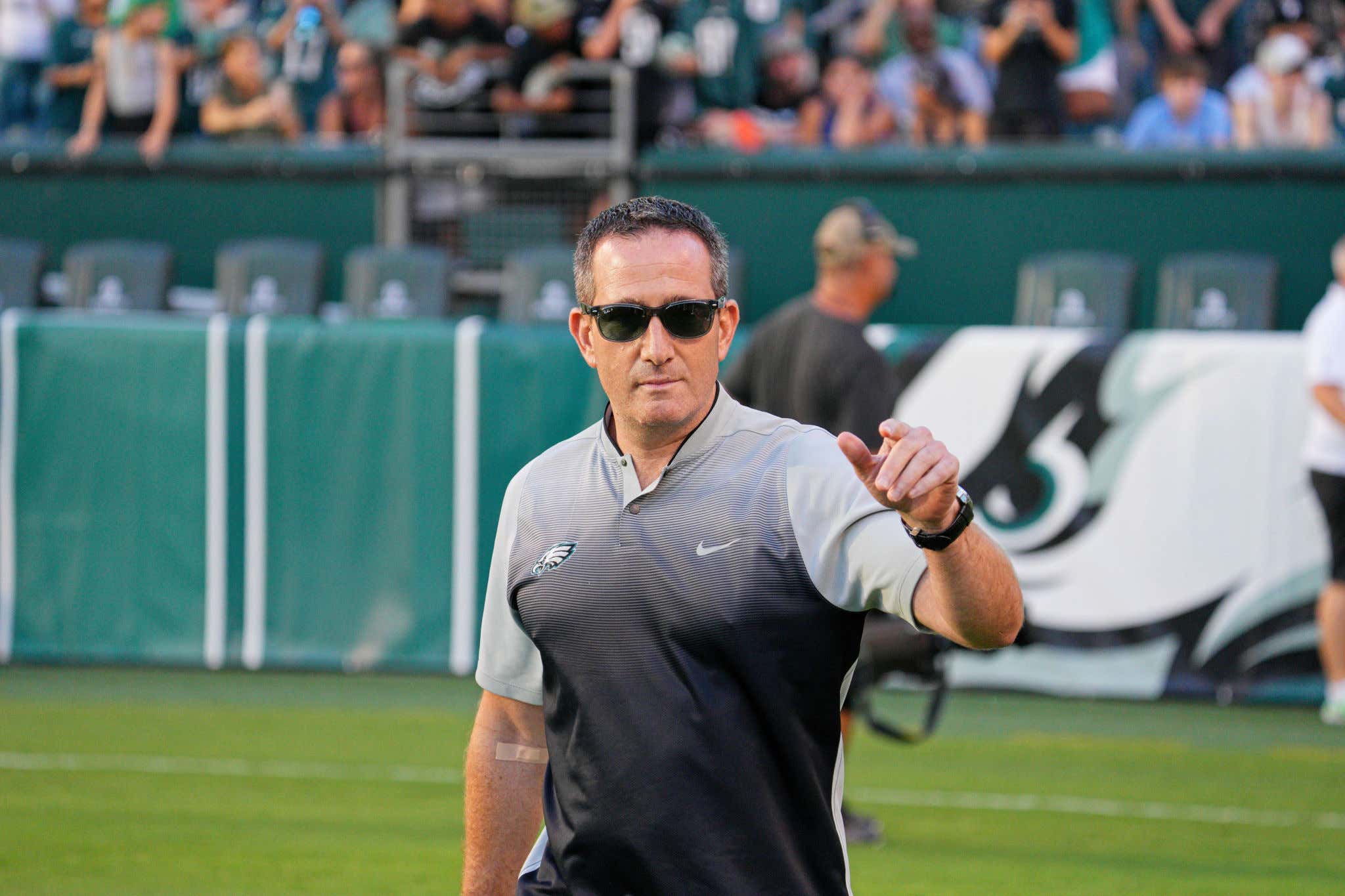 Howie Roseman used to be a piece of shit. Slicked back hair, passing on SEC receivers in the draft to reach for a guy out of the Pac-12 in the 1st round who would have still been there in the 3rd, handing out massive contract extensions to mentally shattered quarterbacks who quit on the team 2 years into the deal, chicken spaghetti from Chickalini's. You would not have liked him back then.

I say he used to be a piece a shit. But people can change.

One of the biggest signs of growth is when you're able to admit you were wrong about something. Takes a big man to step up to the plate and take their lumps on some shitty decisions. Looking back on it now, the Carson contract was a mistake. JJ Arcega-Whiteside was a mistake. Jalen Reagor was a mistake. Ignoring defensive depth was a mistake. But people can change, and Howie Roseman is on a warpath right now trying to right all of his wrongs.

There was a good while that I had lost complete faith in Howie. I know he made all the right moves to build that Super Bowl LII roster, but that was starting to feel more like catching lightning in a bottle. But then Howie Roseman came around over the past few months and totally redeemed himself. In Howie We Trust.