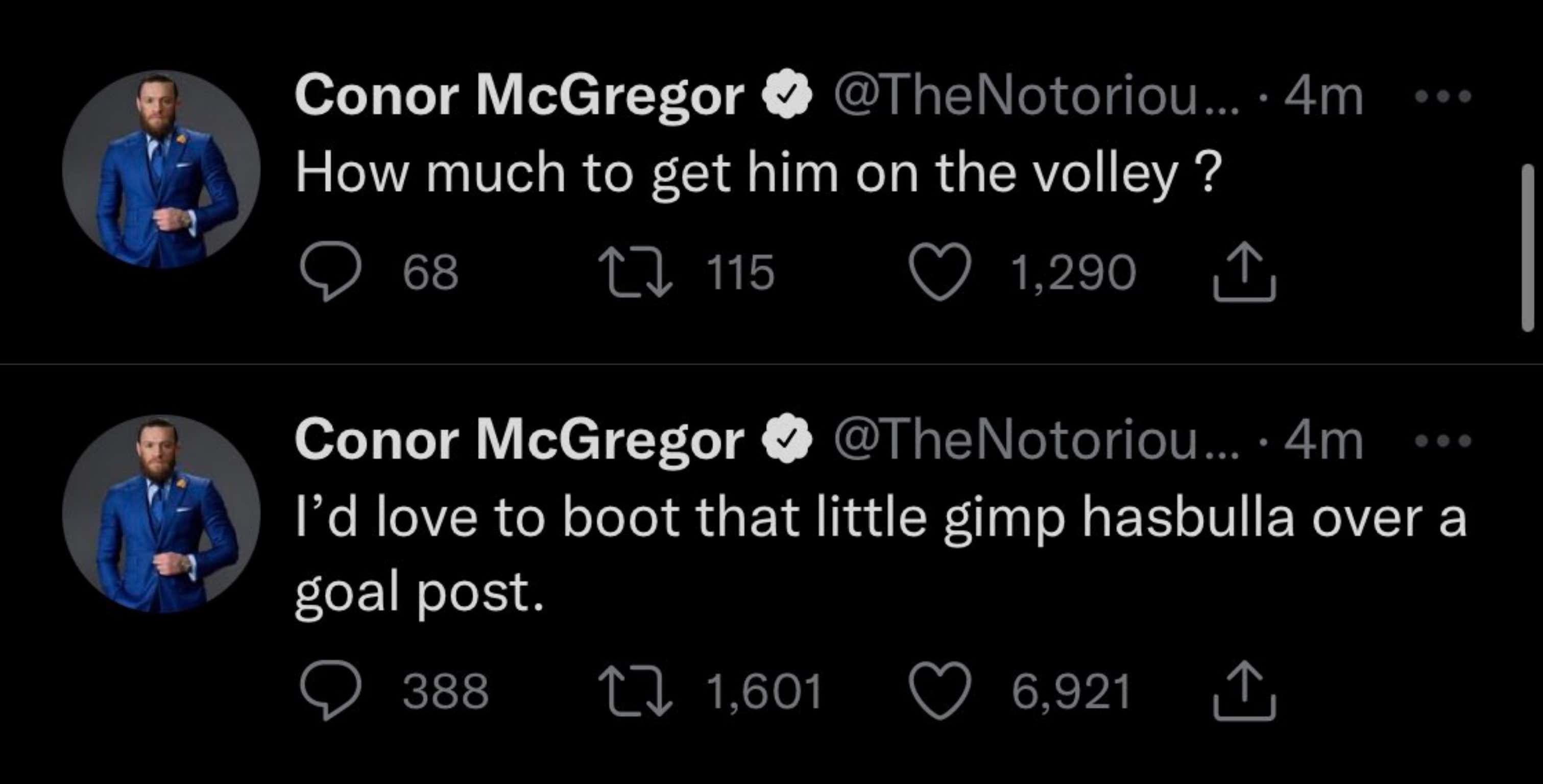 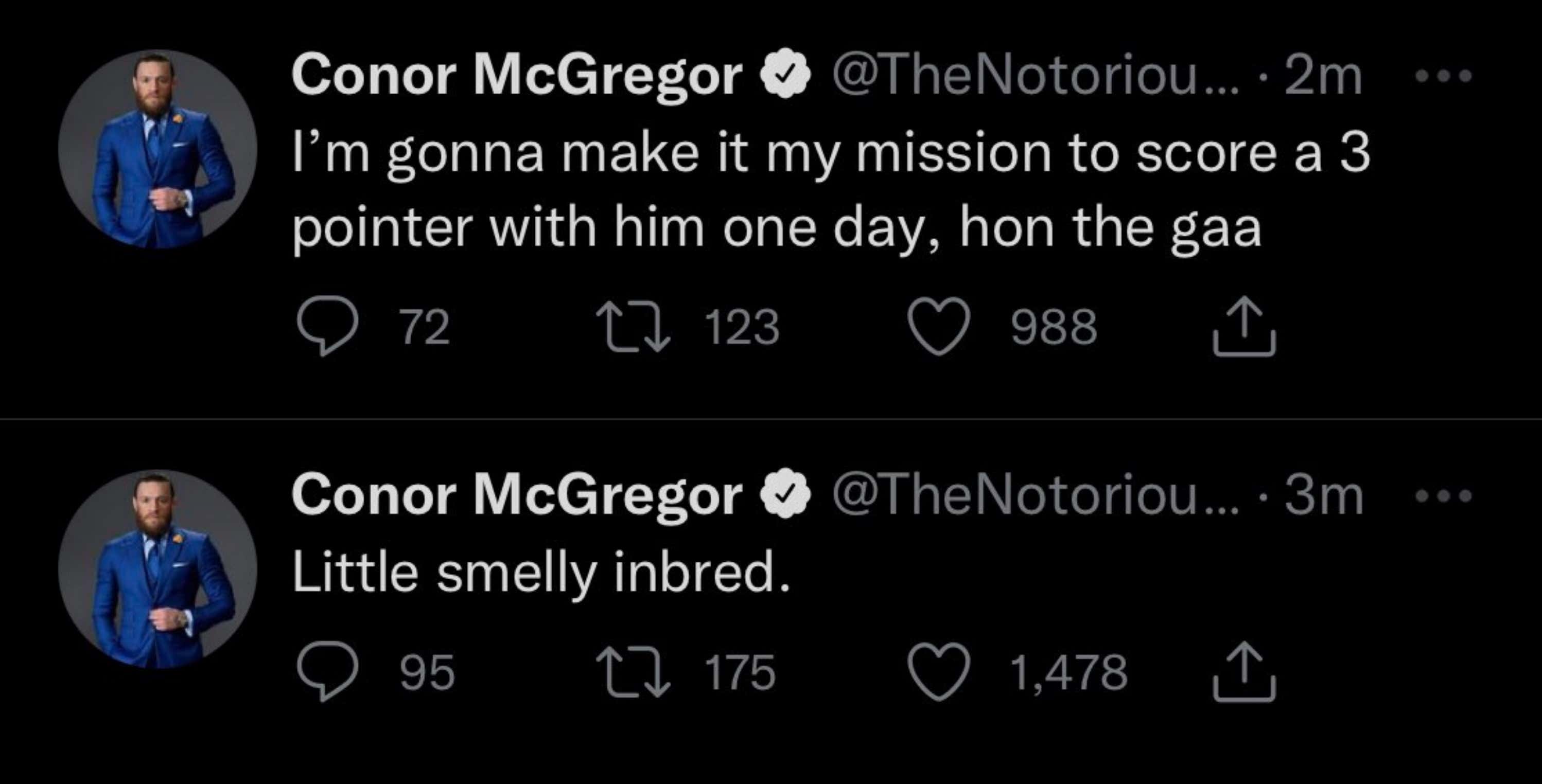 Listen, you guys know I defend Conor McGregor on just about everything - but I can't defend this! Hasbulla doesn't deserve that! I mean, don't get me wrong, I laughed at the "boot him over a goal post" chirp - picturing the Anchorman scene where Baxter gets punted off the bridge - but you can't go around calling anyone a "little smelly inbred". That ain't right.

While I'm not a fan of this beef myself, I sort've understand it from Conor.

Hasbulla first came across my radar as "Mini Khabib" and is super close with McGregor's most bitter rival…. 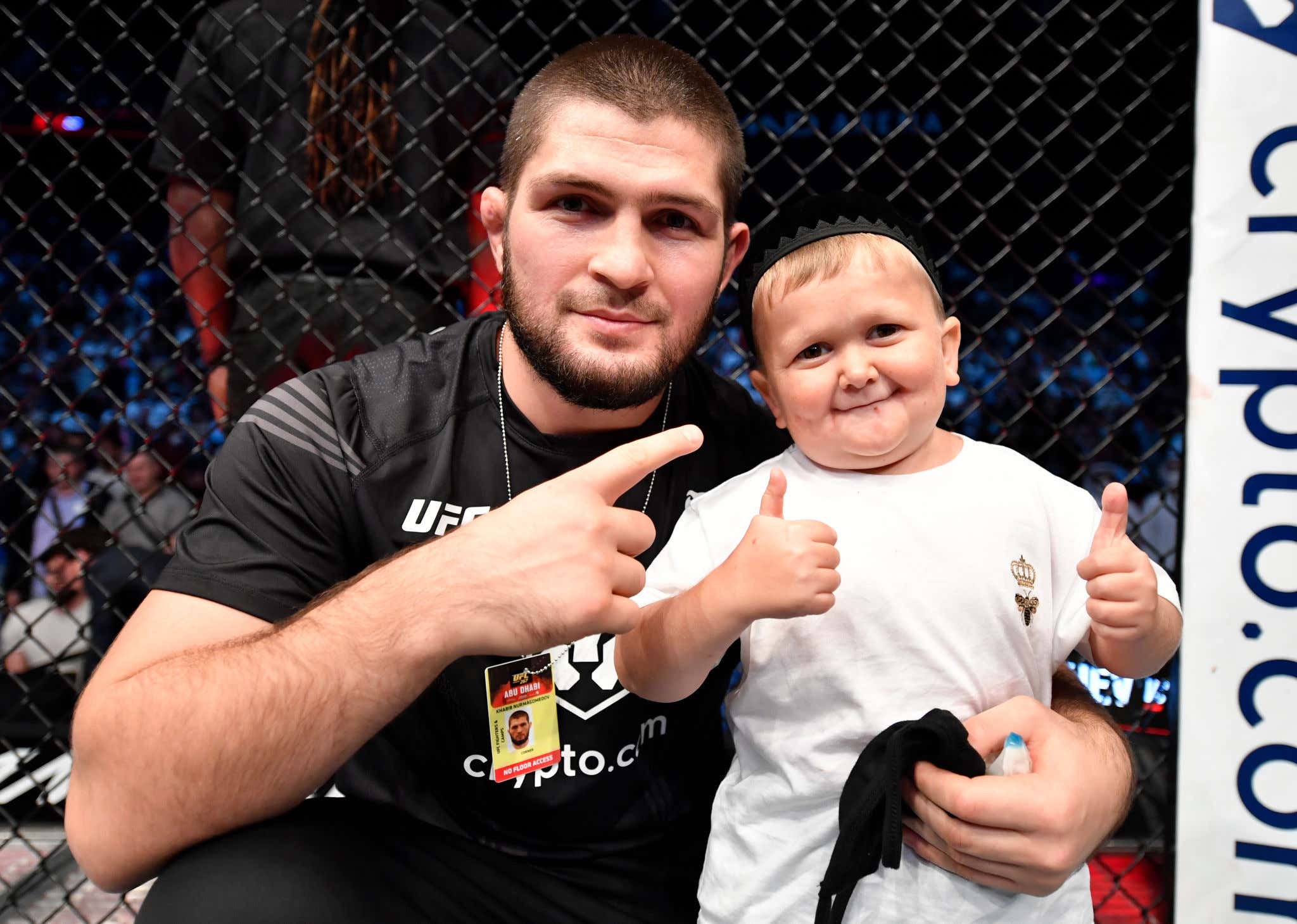 So close that they recently went on a little vacation together….

….and Hasbulla has a chicken named Conor McGregor….

He hates "The Notorious" and has trolled him plenty in the past. You can't expect Conor to find Hasbulla as funny as the rest of us if that's the case. Still - he mighta pushed it a TAD too far there. He deleted the tweets, though, so consider that an official apology from Camp McGregor.

Some of the memes this has generated already are undeniably hilarious, even as McGregor's Executive Director of Support….

P.S. Hasbulla got Alexander Volkanovski good the other day….

He's an absolute menace. Buy his merch (that he actually gets paid from) below….