What, were you under the impression that just because Chet Holmgren got hurt in a Pro Am that guys would stop participating in these runs? No shot. Especially the Rico Hines runs that take place down in Miami that have basically become a fixture in summer NBA basketball. Anyone who is anyone in the league participates in those runs, and as someone who is for sure craving any type of offseason propaganda right now, I'm certainly not complaining. These runs are different from something like the Crawsover in terms of the competition level, and this video is a great example of that. John Wall, Paul George, Pascal Siakam, Scottie Barnes, Gary Trent Jr are all pretty good I'd say. I think I spotted Denzel Valentine, Malachi Flynn, and Moses Brown in there too. Basically, this video is a bunch of NBA guys (good ones too) compared to some other Pro Am runs we've seen this summer.

Of course, the stars of this video were Wall and George, and man it's awesome to see both not only on the floor again, but looking like their old selves. We haven't seen John Wall in 2 years basically and if I were a Clippers fan this would have me over the moon. You see how he blew right by Scottie Barnes who you can pretty much lock in for future All NBA Defensive teams? That patented John Wall speed looks like it still exists, and considering the Clippers got him for around 2/13M, that feels like it's going to maybe be the steal of the summer if he returns to form. Not only that, but once you listen to everything he's been through these last few years

it's hard not to root for the guy. You never truly know what someone is going through, no matter how rich or successful they may be.

Then there's Paul George. Unfortunately, we only saw him play 31 games in 2021-22. That was his fewest games played since his brutal injury back in 2014. His Clippers tenure hasn't exactly been a healthy one with him playing just 48 games in 2019-20 and then just 54 games in 2020-21. In 3 seasons, he's suited up just 133 times for the Clippers which I imagine is not what they were hoping for. The thing with George is when he's healthy and on the floor, he's easily one of the best players at his position. All NBA, MVP convo, that's the type of talent we're talking about

Call me crazy if you want, but that's the guy I see in that Rico Hines run. I'd say that would be a pretty huge development for the Clippers chances.

When it comes to this Clippers team, we haven't even mentioned a healthy Kawhi yet! He's pretty good too last time I checked. I'm not totally positive that everyone realizes how insane this Clippers roster is. Their depth is quite literally out of this world. 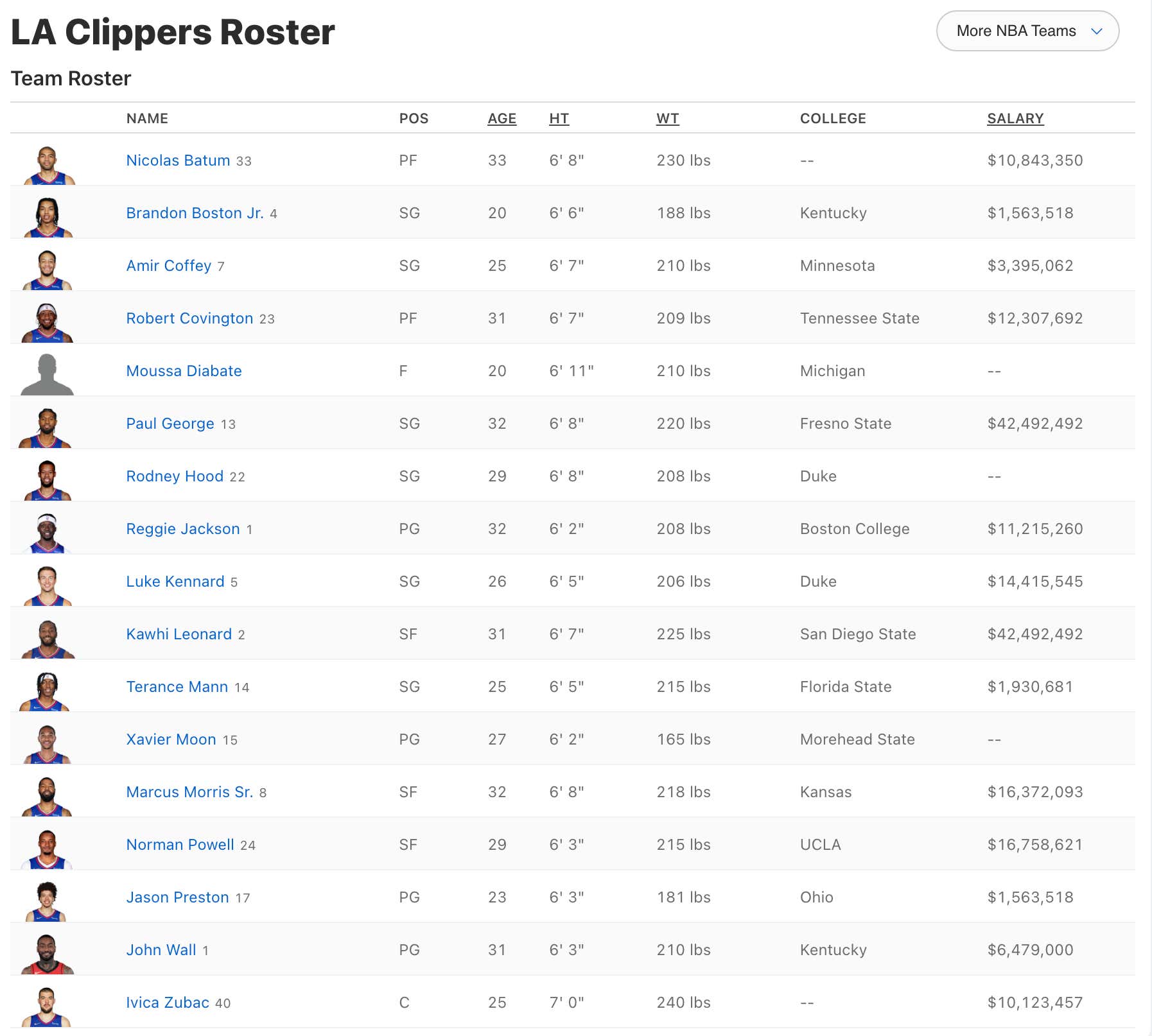 Where exactly is their hole? They have shooting, they have scoring, they have depth, they can play big, and they can play small. They have blue chip high end talent, proven vets, and some intriguing young talent. They have one of the best active head coaches in basketball right now. They have an owner who will literally spend whatever it takes to win, luxury tax be damned. They kick the shit out of the Lakers every time they play. The list goes on and on of why people think this team can be a true contender.

But like with anything, it all comes down to health. Even with this depth, we just lived through what happens when they lose Kawhi/George during the year. They were a feisty 9 seed that ultimately lost twice in the play in (vs MIN 109-104, vs NO 105-101), but something tells me things are going to be a little different at full strength this season, especially with a healthy and rested John Wall.

There's a reason the Clippers are tied with the Warriors for the 3rd best title odds, and that video at the top of this blog is certainly a factor. As a basketball fan in general, I'm hoping their injury issues are over and we can finally see this team go a full year with no major issues, because there's no denying their talent is ridiculous.